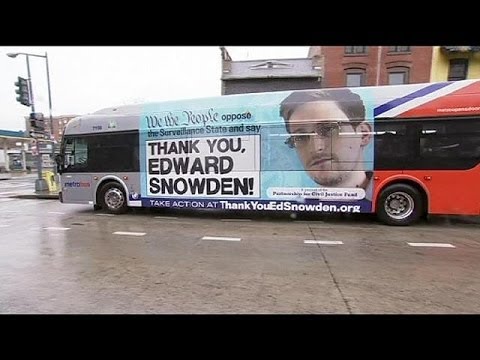 The vindictiveness toward Edward Snowden in official Washington has nothing to do with law-breaking and everything to do with the privileges of power. The powerful in Washington may spy on us, but we are not to know about it. Snowden’s sin in their eyes was to level the playing field, to draw back the curtain and let the public see what the spies were doing to them The United States has become so corrupt that the basic principle of the law applying to all equally has long since became a quaint relic. We are back to a system of aristocratic privilege. If we had a rule of law and not of men, Edward Snowden would be given a medal and the following officials would be on the lam to avoid serious jail time.

1. James Clapper. Clapper, the Director of National Intelligence, was involved in massive and willful violations of the Fourth Amendment of the Constitution. He perjured himself before Congress, denying that the NSA was collecting masses of personal material from Americans. President Obama excused Clapper’s behavior on both accounts, saying he should be more careful. A-Rod should have been more careful. Clapper should not have told Congress a bald-faced lie, and shouldn’t have snooped into our metadata to begin with. Showing his fascist colors, he now wants to make journalists “accomplices” for publishing Snowden’s revelations. Clapper himself should be in the slammer, not Snowden.

2. Gen. Keith Alexander, outgoing head of the NSA, should also be in jail. Like Clapper, he violated his oath to uphold the constitution by collecting petabytes of personal data from Americans and storing it for 5 years. He also lied to Congress, about how many terrorist plots had been foiled by these methods (the real number is slim to none). Alexander should be in jail, not Snowden.

3. NJ governor Chris Christie defended the NSA spying against Rand Paul’s observation that it is unconstitutional. Christie shamelessly deployed 9/11, saying that Paul should ask the families victimized by it what they think. Actually, the question is why US intelligence did not foil 9/11 given that they were following Khalid al-Mihdar and had him under surveillance. Now it turns out that Christie may well have been involved in closing a major bridge for petty political payback, which was a security danger and a danger to patients needing ambulances, etc. If the latter is true, Christie should be in jail, not Snowden.

4. Rep. Peter King (R-NY), who rules the Sunday morning programs and has said profoundly bigoted things against Muslim-Americans, has also loudly defended NSA spying and attacked Snowden. King is a material supporter of terrorism himself, and should probably be in jail, not Snowden.

5. Former Vice President Richard Bruce Cheney (they always refer to felons by their full name) slammed Snowden. But Cheney lied us into a war on false pretenses and tried mightily to out Valerie Plame as a CIA operative (his team left material around that Richard Armitage saw, and it was his contact that broke the story. But Cheney and his staff were the ones actively pushing the story with the press. Cheney should be in jail, not Snowden.