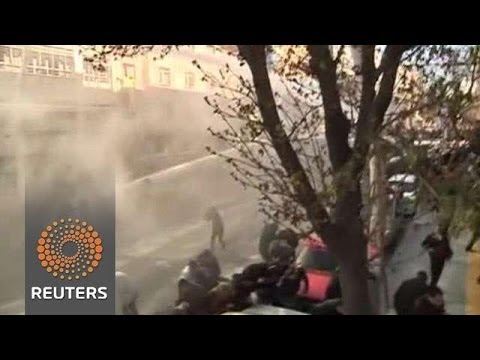 Sunday’s local elections was the first time the Turkish people have had a chance to vote since last summer’s Gezi Park movement rocked the country. Although the protests sparked an almost continuous period of political crisis for the ruling Justice and Development Party (AKP), they have again emerged as Turkey’s largest political party with a renewed electoral mandate. Such a result is especially significant for Prime Minister Erdogan, who led the aggressıve campaign and staked his own future on the outcome.

For many the result is a paradox. How can an increasingly authoritarian government continue to win democratic support?

In an attempt at an explanation, some western commentators have already called Erdogan an ’elected sultan’ and an ‘Islamic caudillo’. In doing so they are resurrecting the worn out narrative of the backward nature of Turkish politics and by extension the backward nature of the Turkish population. Ironically these were often the same people who praised Erdogan for reinvigorating Turkish democracy but now, unable to explain such a sudden reversal, have fallen back on stereotypes.

“Western commentators have already called Erdogan an ’elected sultan’ “The real solution can be found in the roots of the political crisis and the way the AKP have sought to resolve it.
While the banning of Twitter and YouTube caught the world’s attention, such moves are just one part of the AKP’s draconian strategy in Post-Gezi Turkey. The aim of which has been not only to crush the opposition (often physically) but to secure the Party’s power base after the weakest period in its history.

The social pressure from last summer’s street movement catalyzed a split in the country’s power bloc between Erdogan’s AKP and “Cemaat” (as the followers of America-based Islamic cleric Fethullah Gulen are known). Although they have significantly different perspectives, the two groups were once united by resentment of the military’s role Turkish in politics and a love of free market capitalism.
They also share an Islamic background, which meant that the ability of Cemaat members to gain influence within the fiercely secular state had been crucial to overcoming one of the main obstacles that had defeated the AKP’s more Islamist ancestors. Thus helping clear the way for Erdogan’s spectacular rise to power.

When war broke out between the two, Cemaat turned their influence in the state apparatus against the AKP. First launching a police investigation into corruption (arresting several prominent figures). And then leaking a series of secret recordings of government figures, allegedly implicating them in an ever increasing number of scandals.

While the fight with Cemaat has fractured the AKP’s power base, opposition outside the Party has kept up the political pressure. Students at the Middle East Technical University in Ankara launched a campaign against the city’s AKP Mayor and millions protested the governments use of state violence at the funeral of Belkin Elvan (who died recently after being hit in the head by a tear gas cannister).

In this context the AKP’s response has been politically defensive. They have focused on rallying their core supporters, knowing that the weak and divided nature of the political opposition means this will be enough to win them the elections. The key tenet of this strategy has been to polarize society and demonize the opposition. To do so the AKP has been playing on the historical experiences of their key supporters amongst the more religious inhabitants of the smaller cities and the poor of the large urban centers. These groups have long felt unfairly excluded from power by a secular state elite, but empowered by the AKP’s overwhelming electoral victories.

However given Turkey’s long history of plots to undermine parliamentary democracy (the country has seen a military intervention roughly every ten years) they are also all aware of the threat of anti-democratic conspiracies. It is on these (in many ways very rational) fears that the AKP has been able to secure the support of their base. Cemaat is the perfect specter of this threat; a shadowy organisation using parts of the state to undermine the elected government.

The social media bans have largely been seen as the AKP’s attempt to stop the spread of Cemaat leaks, which (with some government pressure) have been ignored by significant portions of the press. While the practical success of this policy has been mixed it has served an important political function. In provoking the rest of the AKP’s opponents against the ban, Erdogan has been able to demonize them as being on the same side as Cemaat.

This has been especially potent in regards to blocking YouTube. The pretext of which was that Cemaat used the website to host a recording of the Foreign Minister discussing the situation in Syria and how a pretext for war may be developed. Such a leak was immediately denounced by the AKP as a threat to national security by an organisation looking to undermine the government, confirming the suspicions of their supporters. While all those against the ban could easily be denounced as being complicit in the conspiracy.

In this way, not only has Erdogan become immune from the accusations in the leaks, he can also be seen to take tough measures to protect the popular mandate of his supporters. This in turn created a siege mentality, solidified his base and secured his party a further mandate at the local elections.