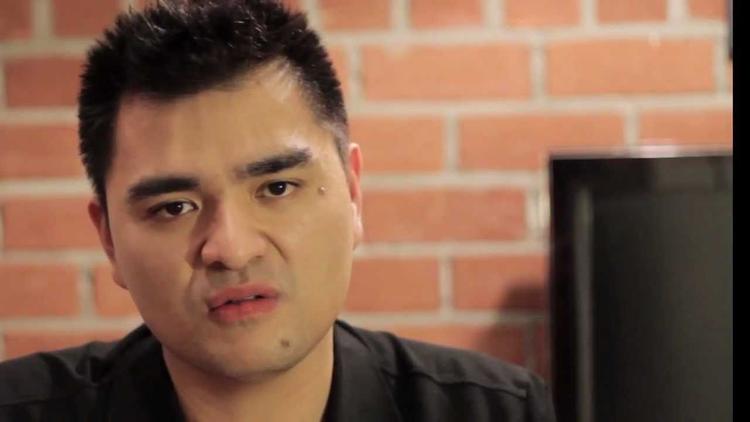 I was privileged to see a special screening of Jose Antonio Vargas’s breathlessly awaited documentary, “Documented,” when I was in Los Angeles last week, and honored to meet Vargas himself along with executive producer Janet Wang (“The Joy Luck Club,” “The People vs Larry Flynt”). The film was shown in a class at the University of California by my friend Robert Scheer (the founder of Truthdig).

The film will have a limited release in theaters in Los Angeles and New York this month before being shown on CNN in the middle of the summer. It is not to be missed. Vargas made the decision to make profound revelations about his family and personal life, putting them on camera in a poignant and sometimes almost brutal way. (He also came out as gay, initially a challenge for his traditional family). He was brought to the US as a child by his grandfather, who had legally immigrated, but who tired of the long queue preventing his grandson from coming. Thinking that the boy would just get a basic education and a job and that it would never matter, he bought him a phoney social security card and passport. The young Mr. Vargas turned out, however, to be a little genius, and he went into journalism and won a Pulitzer prize, appearing widely on television and ultimately gaining the best perch in the profession, a position at the New Yorker.

Vargas ultimately decided to force the issue of his undocumented status, which he had only found out about when he tried to get a driver’s license. He went public. It cost him his primo job at the New Yorker, since he has no visa allowing him to work there. Unfortunately for him, there is no way for a person brought illegally to the US as a child, who grew up here and thinks of himself as an American, to repair the situation. There is no form to fill out, no procedure to initiate. Either he or she stays illegally or goes back to the home country and gets in line with millions of others to return. Vargas is in special trouble because he has admitted to hiding his undocumented status from employers.

While some of the other 12 million undocumented Americans came knowingly as adults, many of the others were also brought in unwittingly as children, through no fault of their own. The film is eloquent about the way in which many undocumented Americans have had this status inflicted on them, so that they are victims, not law-breakers as the white nativists paint them. The web of kin, friends, colleagues and identity they have woven is inextricable from their inner selves, such that to deport them is to alienate them from their own essences and is more exile than deportation.

The Republican Party in Congress has again this year refused to help create a pathway to citizenship for these millions of Americans, who do work for this society that otherwise likely would not get done (anyone who likes strawberries is benefiting from undocumented farm workers– no mechanical combine exists for harvesting that fruit and no citizens are likely to do that backbreaking work.)

The film is very good at explaining the current lack of procedure for the undocumented. In some instances a senator might intervene, in others a marriage might solve the problem (though not if the person has ever lied on an employment form about being a citizen). Self-deportation, which is to say, self-exile, is the only option for a complete return to legality. Mysteriously, the INS has not yet come for him.

But above all the film is the biography of a Filipino family. Ironically, Jose is much more “American” than his grandparents, who had citizenship. Being brought to the US under these circumstances destroyed his relationship with his mother for some 18 years, and the film is tenderly revelatory about that relationship. Frank Sinatra and Michael Jackson and the Washington Post and CNN all play a part in making us understand the hybrid character of Filipino-American identity.

In the end, you come to admire Jose for his courage and his amazing obstinacy in insisting that his country boldly face the paradox of his statelessness and find a way to repair it. We must. Jose is worth it, as are his 12 million counterparts.

Jose Antonio Vargas’s activist website, where you can join the struggle, is DefineAmerican

Jose Antonio Vargas’ Documented will be released in select New York and Los Angeles theaters prior to its television broadcast on CNN, The Hollywood Reporter has learned exclusively. The move will qualify the film for Oscar consideration.

The documentary — which was written, produced and directed by the Pulitzer Prize-winning journalist — centers on Vargas’ experience as an undocumented immigrant and a crusader for immigration reform. It will be released theatrically and digitally by his nonprofit Define American media and culture campaign, along with BOND/360, in New York at the Village East Cinema on May 2 and in Los Angeles at the Landmark Regent on May 9. It will then air on CNN in the summer.