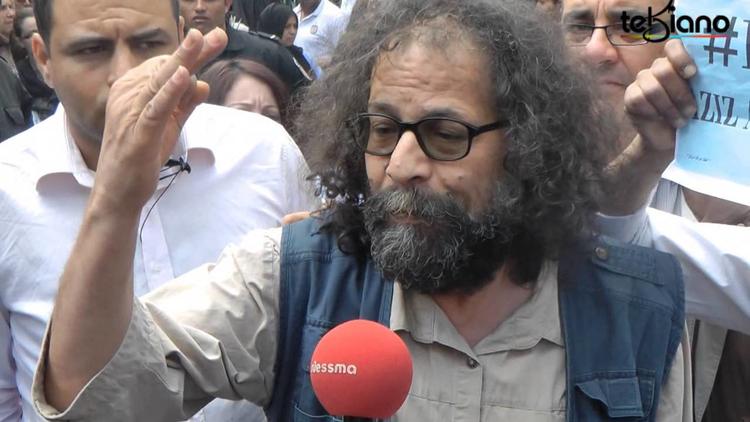 (Via Your Middle East)

Smoking weed or hash is punishable with between one and five years in jail in Tunisia, a law currently used against cyber-activism icon Azyz.

On Monday 12 the Tunisian cyber-activism icon Azyz Amami and photographer Sabri Ben Mlouka were arrested in La Goulette, a seaside suburb to Tunis, accused of being in possession of cannabis.

The arrest has caused an outcry in Tunisia and his supporters claim the arrest is politically motivated. Azyz is one of the young bloggers associated with the uprising in 2011 and is widely known for his political activism, which imprisoned him under former President Zine El Abidine Ben Ali. Manifestations have been held in the capital Tunis and social media has exploded with #FreeAzyz trending on Twitter and Facebook.

The arrest has a legal basis in Law 52/1992, which holds that a citizen found in possession of or having consumed narcotics may be sentenced to up to five years in prison and fined up to 3.000 Dinars. Out of roughly 25.000 Tunisian prisoners, 8.000 are accused of consumption of drugs.

“Dear Tourists, make sure that your urine test is negative before entering Tunisia.
Smoking weed or hash is punishable by between one and five years in jail.”

Azyz and Sabri deny all accusations and will appear before court on Thursday.