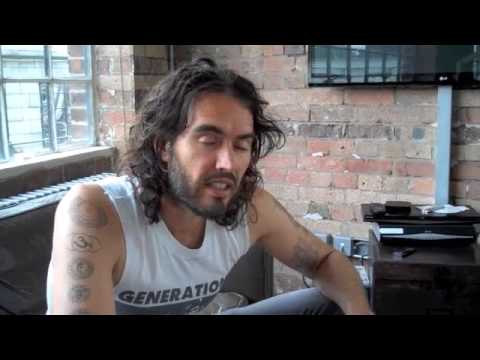 According to Russell Brand, “fanatical” Fox News is “more dangerous than Isis.”

His comments were made in response to a particularly disturbing rant by Fox News host Jeanine Pirro in which she claimed that Obama “didn’t have the balls” to try Taliban suspects at Guantanamo Bay, and said Americans “are not convinced” Obama “even knows who the enemy is.”

Brand picked apart several comments made by Pirro during her rant, such as her suggesting that the solution to the current problems is Iraq was to “bomb them. Bomb them, keep bombing them, bomb them again, and again.”

Brand responded to this suggesting stating:

“F*cking hell! When they do these bombings it creates more insurgents, that’s what creates them. Don’t think of a bomb as going down there and destroying stuff, think of it as like a seed that goes into the ground, and grows insurgents out of it. It creates more terrorism, doing it.”

Brand had the following to say regarding Pirros claim that ISIS is a “fanatical religious terrorist organization:”

“So is Fox News — is a fanatical terrorist propagandist organization. This isn’t reasonable, is it? Like the way she’s talking? ‘Bomb them! Bomb them!’ She’s worse… She’s the savage, she’s totally espousing savage values.”

Brand concluded his own rant by stating:

You can watch Brand in action, below: