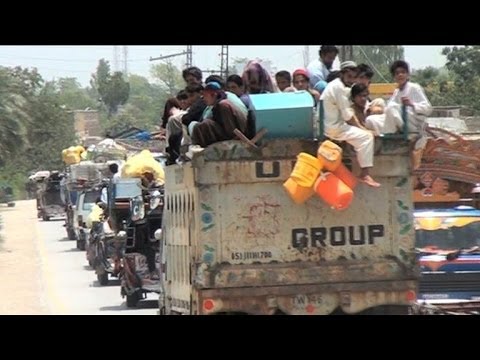 Pakistan on Sunday launched another military operation — Zarb-e-Azb — against the extremists in Waziristan. The name of the operation means sharp and cutting or surgical. This is not the first such operation and perhaps will not be the last of its kind. But if this one is executed well, it may not warrant one for some time and it may give the beleaguered country an opportunity to recoup from the persistent terror attacks it faces nearly everyday.

This operation was inevitable given the public outrage at the dastardly attacks on Jinnah International airport in Karachi, which not only killed 26 military personnel and civilians but also underscored the dangerously fragile condition of security in Pakistan. The attack on Karachi airport clearly was a tipping point and the Nawaz Sharif government, which until now was willing to give diplomacy a chance, had to respond with use of force. Rhetoric aside, it remains to be seen how serious this military venture really is.

The military hopes to seriously damage the many extremist groups that operate out of this area.

Counter-Insurgency is Fraught with Peril

As Americans have discovered in Iraq and elsewhere popular insurgencies are hard to suppress. It is difficult to separate the civilian from the enemy; the innocent from the malignant and every misstep increases the intensity of the insurgency and undermines public support for use of force. Counter insurgency strategies, specially when employed at home also destroys the infrastructure of the nation, causes unemployment, slows the economy, exacerbates sectarianism, frightens away foreign investors and destroys internal and international trade.

Prolonged use of force also generates internally displaced refugees who will move away from the battle areas, towards Lahore, Karachi and Islamabad in search of safety. They will provide cover for flee militants and will bring the war to the very cities whose protection is the impetus for the military operation.

There are two fundamental problems with this operation. One, it assumes that the problem is geographically confined to Waziristan. The militancy has now infiltrated into urban areas and according to some reports a significant section of Karachi has been Talibanized. Action in Waziristan alone will not contain or roll it back.

Secondly Pakistan has undertaken this operation unilaterally. While Pakistani army has perhaps the best intelligence on the militants and most experience dealing with them and the power to hurt them, it will be much better if Pakistan works to developing a regional and a global coalition to fight this insurgency. Groups such as the Taliban (all varieties of them), Boko Haram, Islamic State of Iraq and Syria and the Al Qaeda are all manifestations of the same cancer that is eating away at the moral core of Muslim societies. While the damage they cause is local they do present a global threat and must be fought in concert rather than by host states alone.

That Pakistan has America’s support is obvious. The U.S. has been pushing Pakistan to launch such a measure for quite sometime now. Military and economic aid will flow and with it will come electronic intelligence and the inexorable reach of the dreaded drones. But limited international support will make it appear as if the Pakistani military is doing this for the US and will undermine the legitimacy of the operation and provide more ammunition for Taliban sympathizers to divert public anger towards the U.S.

But a global alliance that also includes EU, China and maybe even Turkey can strengthen the hand of the Pakistani government and impress upon the extremists and their supporters that they have the world to contend with and not just the weak political will of Nawaz Sharif. Many of these nations share Pakistan’s interest in curbing Muslim extremists everywhere and will not hesitate to support. A little diplomacy from Islamabad and a quiet word from Washington can crystallize such a coalition to help Pakistan.

A Regional Coalition against the Taliban

The Waziristan region in Pakistan has become a watering hole for extremists who threaten many countries. Besides Pakistan, India, Iran, and Afghanistan have strong interests in eliminating threats that emanate from this area. The problem is that most countries in the region feel that Pakistan is hunting with the hound and running with the hare at the same time.

Pakistan’s intelligence is suspected of nurturing many of the same groups for geopolitical reasons even as they threaten its own stability. This perception prevents Pakistan from developing closer relations with its neighbors who have the resources, the will, and the interest to help Pakistan become terror free.

A regional coalition will make the struggle against extremism more potent, more durable and less expensive, but it will take more than deft diplomacy to achieve. Pakistan must convince its neighbors that the alleged ties between the Pakistani state and the Taliban have been severed irreparably.

Perhaps the current operation will achieve that first step and help build the coalitions necessary to make the region safe.

Dr. Muqtedar Khan is Associate Professor at the University of Delaware and a Fellow of the Institute for Social Policy and Understanding. His website is www.ijtihad.org. His academic research can be found at https://udel.academia.edu/ MuqtedarKhan

Mirrored with author’s permission from HuffPo .