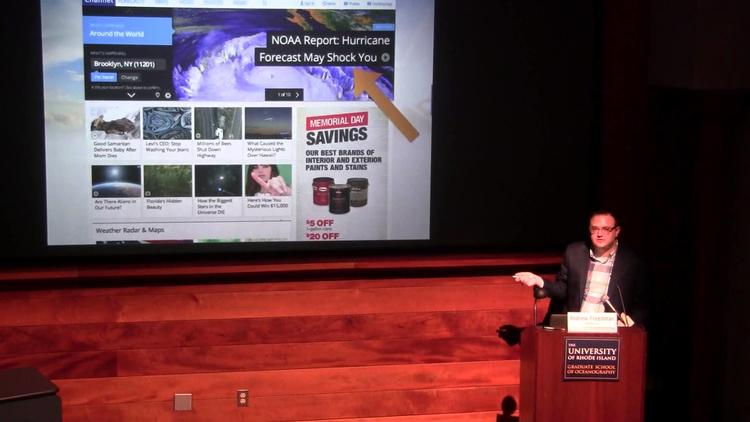 US government scientists have released their findings that this past June is the hottest on record since record keeping began in 1880.

The National Oceanic and Atmospheric Administration (NOAA) monthly report revealed that the combined average temperature over land and sea was 61.20 Fahrenheit (16.22 Celsius), a record high for the month. That is 1.30 degrees Fahrenheit (0.72 degrees Celsius) warmer than the average for the twentieth century and surpasses the last recorded record high for the month of June, which was recorded in 2010.

Most of the world experienced warmer-than-average monthly temperatures, with record warmth across part of southeastern Greenland, parts of northern South America, areas in eastern and central Africa, and sections of southern and southeastern Asia. Similar to May, scattered sections across every major ocean basin were also record warm.”

The May report also noted that this past May was a record setter as well, exceeding the previous record set in May 2010.

The last cooler than normal June was in 1976. Since then, June temperatures have been warmer than the twentieth century average.

It never fails to amaze me that people (read climate deniers) will scramble to post their outrage at the alarmist message delivered by a government that is just dying to make your life worse by imposing carbon standards on polluters, or how these scientists don’t know what the hell they are talking about and it’s all just a big conspiracy. Oh, yeah, and Al Gore is making billiions, BILLIONS, I tell ya! – because of the climate change “hoax.”


I wonder, do these people take medicine? Do they get x-rays? For that matter, do they fly in airplanes? Watch television? I know they use computers because that’s where they get their big chance to tell everyone who realizes that science isn’t a matter of opinion, but a matter of observable fact, how very stupid they are for buying into the climate change “hoax.” My fave is when they say that hey, it’s a natural thing, we can’t do anything about it, so instead of trying to at least arrest it, we should learn to adapt.

I’ll agree with that. We do need to adapt because we’re in it now and there’s no turning back. But to blithely suggest that we should continue on the route that brought us to this place, namely the indiscriminant burning of fossil fuels, well, that’s just insanity. We know what’s causing rapid climate change. Just like the science of aeronautics has revealed how to keep tons of metal in the air, just like medical science eradicated polio with a vaccine (polio is now making a comeback, thanks to people who believed Jenny McCarthy rather than medical science), just like Louis Pasteur discovered way back in 1822 that most infectious diseases are caused by germs—those little things we can’t see with the naked eye, just like television can bring events happening on the other side of the planet into your living room in real time, just like you can respond to this article and share it with people due to the rapid speed of communication afforded by the Internet, climate science has proven over the past several decades that we are in a state of rapid warming that is measurable. Science isn’t a matter of opinion, which is the stock in trade of climate change deniers. Science is based on observable data that can be reproduced in controlled settings.

So just because June wasn’t hot where you may live, and just because the winter you experienced last year was, as my father used to say, colder than a witch’s *i*, doesn’t mean that 97 percent of the world’s scientists don’t know what they’re talking about. What it means is that the people who deny what is staring them in the face have been completely bamboozled by corporate interests that have a vested interest in keeping the status quo as is. People like the Koch brothers, who have made billions in the fossil fuel industry. Corporations like Exxon and BP. Corporations like Peabody Energy, which owns the world’s largest coal mine by reserve, located in the Powder River Basin in Wyoming.

The bamboozling wasn’t difficult. It never is when you have a segment of the population that is filled with fear and hatred. These climate deniers pick and choose the science they don’t like and it seems that what they don’t like is always something that is counterproductive to corporate interests. Hmmm. I smell a huge helping of gullibility combined with anti-progressive tendencies. I don’t get why they don’t like progress and would have us regress to a time when people had no say and the tycoons controlled everything.

I know I can’t change their minds. I can only tell them that even though they don’t want man-made climate change to be true, it is a fact of our lives and unless we come to terms with it, do something to arrest it (and we can, because we have the SCIENCE), their grandchildren will look back and wonder why in the hell grandma and grandpa were so damned stupid.