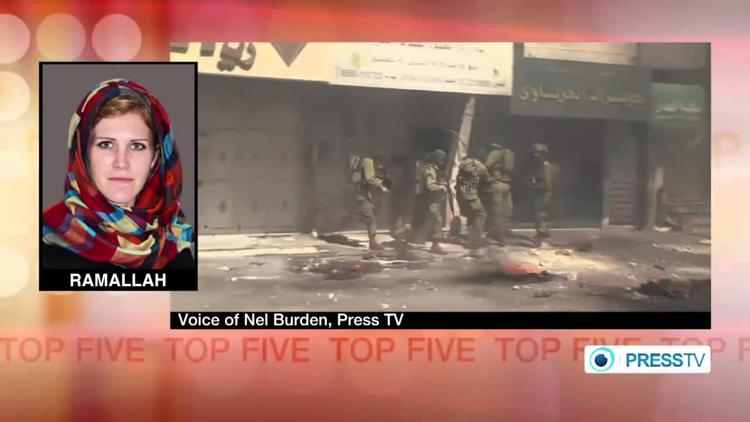 HEBRON (Ma’an) — At least 40 Palestinians were injured in central Hebron on Friday afternoon as Israeli forces dispersed hundreds taking part in rallies condemning the ongoing Israeli assault on Gaza as well as the Israeli occupation.

Sources at the Red Crescent said that 25 Palestinians had been shot with live fire and 15 with rubber-coated steel bullets during the clashes, and the injured had been taken to hospitals.

Dr. Hazem Shalalda, director-general of al-Mizan Hospital, said that Nader Idriss, 40, was undergoing complex surgery after being shot in the heart by Israeli forces during the clashes.

The march began after Friday Prayers at al-Husseini Mosque and moved toward central Hebron, where clashes erupted with Israeli forces in Baba al-Zawiya.

She added that they “responded with riot dispersal means, and a few hits were confirmed.”

Hebron is a frequent site of tension due to the presence of more than 500 Jewish settlers in the heart of the Old City around the Ibrahimi Mosque, also known as the Tomb of the Patriarchs.

The settlers protected by tens of thousands of Israeli soldiers and frequently harass local Palestinian residents in order to force them out of the area and allow the settlements in the area — which often consist of merely one or two buildings — to expand.

Press TV: “Dozens of Palestinians injured in clashes with Israeli soldiers in al-Khalil”