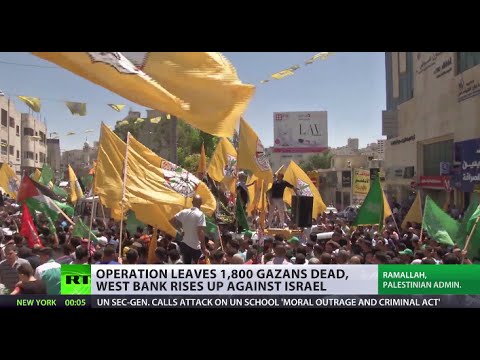 Analysis: Gaza and the West Bank are one political entity

The admission was buried deep in a long drawn out analysis by Israel’s leading columnist. Nahum Barnea revealed that one of the yet to be declared results of the war on Gaza is the realization that the attempts to separate Gaza from the West Bank has failed.

While the focus of discussion in various regional and world capitals has been on lifting the siege on Gaza and specifically the opening up of the Rafah crossing with Egypt, another crossing point is coming to focus now.

If in fact this idea is truly internalized by the various Israeli political and military elements, we might be seeing the beginnings of the accomplishment of one of the basic tenants of an independent Palestinian state.

The unity of the Palestinian territory is essential to fulfill the requirement for “contiguity” when it comes to the ability of movement between Gaza and the West Bank.

The safe passage road between the northern Gaza borders and the Tarqumia crossing south of Hebron was talked and has been detailed in great details in the Oslo Accords. A further attempt to further discuss the movement of persons and goods between the two Palestinian areas was hammered out in US-Israeli and -Palestinian discussions under the leadership of former US Secretary of State Condoleezza Rice.

But all that talk and all those agreements failed as Israel implemented a fool-hearted and reckless policy to separate Gaza from the West Bank. It is not clear what the Israeli strategists were hoping for, but what has resulted in the radicalization of the Gaza Strip and its equipping with long range rockets, was certainly not on those Israeli strategists’ agenda.

It is a given that when a vacuum is created it is quickly filled up by someone else. The radicalization of Gaza brought further isolation which pushed the Islamist movement further and further into militancy as the sole path to bringing about true freedom and independence.

Israel was extremely successful politically in isolating Hamas and denying it any regional or international legitimacy even after it won fairly the Palestinian legislative elections. Denying Hamas the ability to govern further infuriated the movement and led to the internal fight against the Palestinian presidential guards in Gaza and thus began a long and sad chapter in the history of the Gaza Strip.

The success of Israel and its international (US) and regional (Egypt) allies to deny Hamas any political footing almost worked. It brought the movement to its knees as funding was stopped and the Egyptian-Gaza tunnels were destroyed by the newly anti-Islamist pro-military president of Egypt. But the very fact of pushing Hamas into a corner politically and financially played into the hand of the militant wing of the movement.

Palestinians shout slogans during a demonstration supporting the unity government
in Gaza City on May 14, 2014 (AFP/ Mahmud Hams)

When Israel erroneously blamed Hamas for the kidnapping and killing of three Israelis settlers and began a campaign against the movement in the West Bank and Gaza, the militants reacted to defend the movement.

When this current war on Gaza ends, a number of issues will have to be revisited, amongst them the long term status of the nearly two million Palestinians who still call Gaza home. The eight-year-old crippling siege can’t continue nor can the people of Gaza continue to live under the uncertainty that has resulted in three wars within six years.

While a major economic effort is needed for the Gaza Strip, the most important change that is required is an end to the attempts to separate Palestinians from their brothers and sisters in the occupied West Bank. Sure, Israel will insist on security arrangements, but the idea that the entire people of Gaza will be treated as a single militant group that one can’t negotiate with is unacceptable. Perhaps the changes will require a much bigger role for the Ramallah-based Palestinian government.

The fact that Hamas and the PLO have agreed on a unity government headed by Rami Hamdallah, will make the transition easier. Parliamentary and presidential elections slated for next December will need to be held in order to have a legitimate governing body for the state of Palestine.

Accomplishing physical connectivity between Gaza and the West Bank, however, is only a step towards the fulfilling the aspirations of all Palestinians: an independent and contiguous Palestinian state with East Jerusalem as its capital, and living in peace with Israel.

Daoud Kuttab is a Palestinian journalist and former professor of journalism at Princeton University.

RT: “‘We are all Gaza’: West bank rises up against Israel”