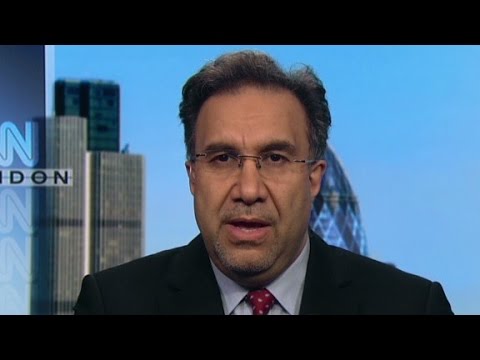 Basra is deep in the Shiite south, so IS could not take the city of 2 million as it did largely Sunni Mosul. But Bahr al-Ulum is pointing out that Basra’s oil fields and refineries are vulnerable to terrorism operations, i.e. bombings.

Brent crude oil futures have fallen about $10 a barrel in the past month, in part on economic news that China’s manufacturing sector is slowing.

Iraq exported about 2.4 million barrels a day in July.

In the unlikely case that Iraq’s southern production were taken off line, that would put the price up to $150 or $200 a barrel (hence $5 a gallon or even twice that for gasoline). The world produces about 86 million barrels a day of liquid petroleum, not counting ethanol and biofuels. But prices are at about $102/ barrel for Brent crude only because of hydraulic fracturing in the US, which has brought over 2 million new barrels a day on line in the past 3 years. The loss of Iraq would wipe out that excess US production and send the price shooting up.

Although Libya has brought its production up this year (who knows how and for how long), and Saudi is doing 10 mn barrels a day, there are countries that aren’t doing so well. Iran’s world sales are way off because of sanctions. South Sudan and Syria production, as well as that of Kirkuk in northern Iraq, are way down. Nigeria is unstable.

IS fighters have been known to pull off big bombings deep in hostile territory. Strategically, cutting off the Baghdad government from its main funding sort

CNN: “Is Iraq’s oil under threat?”