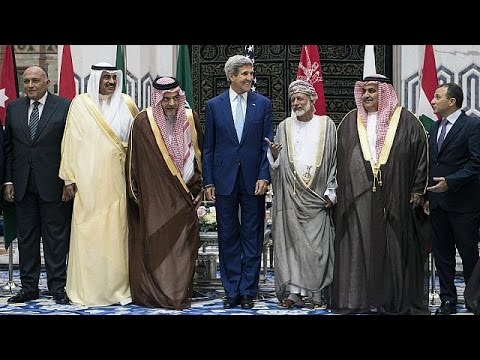 White House spokesman Josh Earnest said that the United States is “at war with ISIL” on September 12, after Secretary of State John Kerry refused to use the phrase.

“The United States is at war with ISIL in the same way that we are at war with Al-Qaeda and its Al-Qaeda affiliates all around the globe,” he said.

Kerry told ABC News on Sept. 11 that the U.S. was only engaged in a “significant” counterterrorism operation. “I think ‘war’ is the wrong reference term with respect to that, but obviously it involves kinetic military action.”

The U.S. has conducted 158 airstrikes and deployed around 1,600 troops to Iraq to deal with the threat from IS militants.

Euronews: “US wins Arab support for military campaign against ISIL”