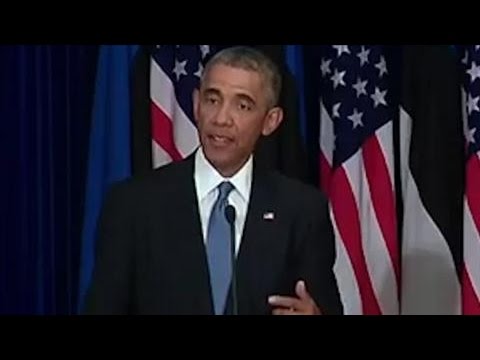 Efforts are being made in Congress give to President Barack Obama the formal authority to conduct air strikes in Syria against ISIL. Vice President Joe Biden is now talking, as well, about a concerted and long-term NATO response to the brutal fundamentalist movement, which controls desert territory and some oil resources in eastern Syria and northern and western Iraq.

The US air strikes in Iraq are probably not problematic in international law, though it is not clear that the government of out-going prime minister Nouri al-Maliki formally requested them. The Kurdistan Regional Government certainly did, but whether it has the authority, as a super-province of Iraq, to bring in a foreign power to conduct military operations is unclear in the Iraqi constitution. The Iraqi parliament would certainly have overwhelmingly voted to bring the US in if it had held a vote on the matter; I can’t find that it did. Still, the incoming prime minister Haydar al-Abadi certainly wants the intervention as would his cabinet, which will give ex post facto bilateral legality to the action.

There are limited grounds for military action in the United Nations Charter and associated treaty instruments to which the US is signatory. One is self-defense. Another is a United Nations Security Council resolution authorizing the international use of force to deal with a threat to world order. In the past decade and a half some thinkers have argued that prevention of genocide should trump other considerations and authorize even unilateral intervention (in US civil law it is permitted to use force to protect another person from clear and imminent physical danger on the part of a perpetrator, so this is an “altruistic” extension of the self-defense provision, in part with reference to the Rome Statute). The “responsibility to protect” argument, however, does not have firm legal grounding and is controversial.

The murky political situation in Iraq probably accounts for the odd diction of the Obama administration about their air strikes in defense of the Kurdistan capital of Erbil. They kept saying it was in part to protect US personnel in Erbil. This reference may have been a post-Benghazi way of talking about the US Consulate in Erbil, which is technically US soil and was menaced by ISIL. That is, the Obama administration was laying the ground for a “self-defense” doctrine of its Iraq military intervention until such time as the new Iraqi government is formed and can give more formal bilateral legal authorization to the operation. In any case, it is the Iraqi government that would have any grievance here, and it clearly does not and will not, so the US intervention in Iraq is, remarkably, uncontroversial except in Sunni fundamentalist circles there. Even the Shiite militia Asa’ib Ahl al-Haqq, which once kidnapped US troops from Karbala, is happy to fight beneath the cover of the US air strikes. And hard liners in Iran have been silent on the issue.

Syria is a whole other kettle of fish. A UN Security Council resolution on the use of force by external actors in Syria has been blocked by Russia and China, who don’t want NATO interfering in what they see as their sphere of influence. And so far none of the four parties with claims on governmental authority– the Syrian Baath Party of President Bashar al-Assad in Damascus, the Succor Front (Jabhat al-Nusra, an al-Qaeda affiliate), ISIL, or the Free Syrian Army/ Syrian National Council, has attacked outsiders in such a way as to provide for a self-defense clause.

I suppose the Obama administration could use lethal force in Syria on the basis of two legal claims.

One would be that ISIL is transnational and is threatening the US embassy in Baghdad, has killed US citizens and is threatening to kill more, and has openly menaced the United States in general, and that the US has the right of self-defense, extending into strikes on ISIL in Syria. It seems to me like awfully thin broth, but as I said, I think President Obama’s rhetoric suggests that this approach may be the one his lawyers favor.

The other would be that ISIL is genocidal and it is necessary to intervene against it to protect millions of Shiites, Yazidis, Shabak, Alawites, Christians and other groups hated by the Salafi Jihadi ISIL fanatics. It seems to me that the [pdf] 2005 UN statement on the responsibility to protect still insists that member states go through the UN Security Council for authorization, and that they cannot just cowboy it, though maybe this is ambiguous.

It might be interesting to see if US envoy to the UN, Samantha Powers, could get Russia and China to go along with a narrow UNSC authorization for the use of force against ISIL. Whether the US and NATO like it or not, the likelihood is that an attack in Syria on ISIL by them will benefit the regime of Bashar al-Assad, which is in the best position to pick up the pieces, which is what Russia and China would want. Presumably the US will go out of its way not to allow the Succor Front (al-Qaeda) to be the beneficiary. While the US says it wants the beneficiary to be the Free Syrian Army, there isn’t any evidence that it could get its act together. So if Russia and China are smart, they’d go along with a narrow anti-ISIL resolution (and after all Russian Chechnya is a 24-hour drive from Aleppo through Turkey, and there are radical Uygurs fighting with ISIL, so the two of them are menaced here as well). Russia’s pique over Ukraine may prevent any such diplomatic agreement, however.

Washington’s blithe unconcern with the post-Axis world order it helped craft via the UN, which forbids unilateral wars of aggression, led to the quagmire in Iraq. Obama once campaigned on a more lawful and multilateral international policy. It is important not only that the president receive congressional authorization for a war (that is what it is) in Syria but that any action be conducted so as to strengthen, not weaken, international legality. ISIL is lawless and brutal, and can only be countered by its opposite. Joining it in lawlessness and brutality is to surrender to it, not combat it.