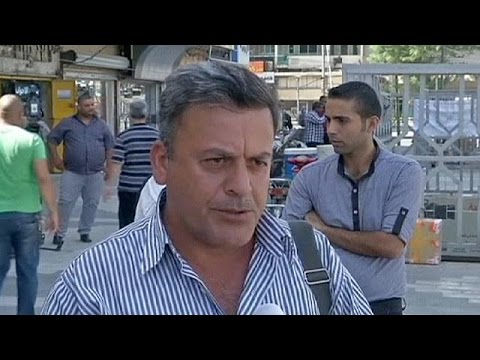 The well-known US security expert, Brian Jenkins, famously declared in 1974, that “terrorism is theatre”. And over the last few weeks, the brutal videotaped beheadings of British and American hostages by Islamic State militants have proved the prescience of his statement with horrifying clarity.

We are now accustomed to images in our papers and on our screens of IS murders but we should consider the role we play when we look at the pictures or watch the videos. Every time we engage with the spectacle, we are contributing to the problem.

Scholars have long recognised that terrorism is actually better understood if it is viewed – at least in the first instance – as communication rather than violence.

In essence, the relative success or failure of a terrorist act cannot be measured by the number of casualties inflicted or the level of financial damage incurred, but can really only be gauged by how much attention it gets. The act needs to secure front-page headlines, airtime and iconic images. Ultimately, it needs to engender fear or curiosity in an audience. By these measures, the abhorrent executions of James Foley, Steven Sotloff, and David Haine were spectacular propaganda successes for IS.

The videos are meticulously staged. The sinister, balaclava wearing, archetypal villain, “Jihadi John”, insouciantly wields a hunting knife beside a helpless hostage wearing an orange Guantanamo-style jumpsuit. All the while, he provides lucid and articulate explanations for this horrendous act in a characteristic London accent. The whole scene will no doubt be indelibly seared onto the mind of anyone who watches it.

And why wouldn’t it be? Most major news outlets have, in an astounding display of servile compliance, featured these images prominently, be it on the front page or in prime-time breaking news. Each has further reinforced the notion that these events were the most important, most newsworthy, most worthy of our attention and moral outrage, happening anywhere in the world.

And of course, that is the very purpose for the existence of this sort of act in the first place. Videos like these are produced to present harrowing, shocking, egregious violence that is then starkly juxtaposed against a cogent, coherent justification. We are so shocked and angered by what we see that we sit up and pay attention to the content of the message.

So if this is so patently clear to many of us, why do the media continue to display this predictable Pavlovian response to terrorism? The media and terrorists are in what we might call a symbiotic relationship. Terrorists naturally benefit from media that inspires fear in a much larger target audience; they use it to turn a local event that affects a limited number of immediate victims into a global issue. And, unsavoury as it sounds, the media benefits from terrorist outrages too, most obviously by selling papers and winning audiences.

As long as we continue to prioritise the beheadings of Westerners while neglecting or providing only cursory attention the far more extensive and egregious crimes IS has committed against the unfortunate local people caught up in its warpath, we are validating the supply and demand calculus that motivates media-savvy militants.

IS has already proved itself to be capable of great brutality, making it unlikely that UK hostage Alan Henning will be released alive. But if the Western media wants to encourage IS to kill him in this socially mediated theatricality, it is going about it in just the right way. A concerted international media blackout against this carefully sculpted theatricality of terrorism might be a much more effective – if less profitable – way to stop IS. Without the headlines, these killers would see little point in continuing to produce the videos.

By focusing our undivided collective attention on individual acts of communicative violence like this, we are tacitly legitimising terrorism as a form of political activity. But more importantly, we are also legitimising state and society’s unwavering focus on terrorism as the single greatest issue and threat affecting our lives.

We know where such a path leads, from NSA mass surveillance, to draconian legislation and legal black holes like Guantanamo to extrajudicial killings in drone strikes. To put this inordinate focus into perspective, more people are killed every year as the result of bee stings than terrorism.

The reality is this has become a vicious self-fulfilling prophecy. As the media covers terrorism, it incites more terrorism, which in turn produces more media coverage. Of greatest concern is that governments benefit inordinately from the general environment of “manufactured” fear and insecurity engendered as a result, to appropriate power, eliminate dissent and ultimately weaken democracy.

How much longer are we willing to allow this state of affairs to continue?

Akil N Awan does not work for, consult to, own shares in or receive funding from any company or organisation that would benefit from this article, and has no relevant affiliations.