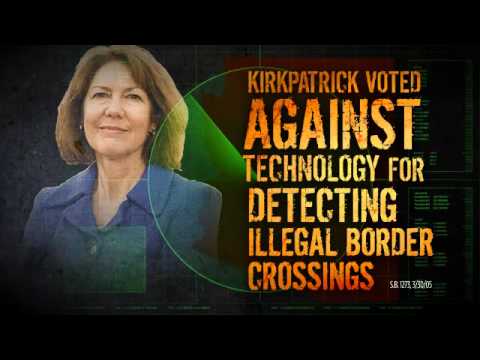 Like many people around the world, four-star Marine General John Kelley is really worried about Ebola.

But he’s not worried about the more than 4,000 people who have died of the disease in western Africa. And he’s only tangentially worried about people dying in this country. What is the real threat Ebola presents to the United States, according to Kelly? Increased immigration.

On October 9, 2014, Time.com reported that for Kelly, who is the chief of the U.S. Southern Command, Ebola’s real danger is the “mass migration into the United States” of people running away from it in Mexico and Central America. If Ebola comes to Latin America, says Kelly, it’ll be “Katie, bar the door!” to keep the terrified masses out.

The general has proof that they’re already coming – all the way from Africa. In fact, he says, a U.S. embassy employee in Costa Rica told him about a group of migrants he’d met on the Nicaragua-Costa Rica border. And where were these migrants coming from, Kelly asked? The embassy worker told him, “Liberia.” Liberians traveling to the United States through Central America. Who knew?

As it turns out, these folks may well have been from “Liberia,” but they probably weren’t Africans. Chances are they came from Liberia, Costa Rica, the state capital of Guanacaste province there. This from the man in charge of all U.S. military operations in Latin America.

There’s an important – though little mentioned – connection between the fear of Ebola and the hyperbolic fear of the so-called Islamic State, or ISIS. In popular U.S. imagination, both of these represent foreign dangers, in the persons of outsiders who are not white.

The fighters of ISIS are foreigners, most of them Arabs, along with some Africans and Central Europeans. But part of the ISIS threat is supposed to be the possibility that jihadis originating in this country might return from fighting in Iraq or Syria to attack the homeland. Those people aren’t foreigners; they come from the United States. Is it fair to say that mainstream media has represented them as a “foreign” threat?

I think it is. They are Muslims, and as I’ve said elsewhere, “Muslim” is a racialized category in this country. In the imaginations of many Americans, Muslims are by definition Arabs, Africans, or other dark-skinned people. Regardless of their actual citizenship status, they are often perceived as outsiders. They’re “not from around here,” and they don’t look like “us.”

Ebola also looks like a “foreign” threat. It originated in Africa, and to date the vast majority of its victims have been Africans. It’s a frightening disease, because of the painful way it kills.

But it’s a little odd that people in this country are more afraid of a disease from Africa that has killed exactly one person in this country than of enterovirus 68, which at this writing has already sent almost 700 U.S. children in the hospital and contributed to the deaths of at least five. Not to mention the ordinary flu, which, as Frank Bruni observes in the NY Times, kills as many as 50,000 in a bad year.

ISIS and Ebola share another connection: they much more dangerous to people located where they actually are than to people in the United States. ISIS has murdered American and British nationals in hideous, well-publicized ways, but they have killed many more Iraqis and Syrians. Ebola has taken the lives of European healthcare workers, but it has killed thousands of Africans in Africa.

General Kelly’s confusion about Costa Rican geography may be funny, but it also demonstrates just how frightened many people in this country have become of dangers from the outside. For the last 13 years we’ve been fed a steady diet of terror, stuffed full of fear of those dark foreigners who threaten our way of life, even our very lives.

While General Kelly warns us about the “Liberians” threatening to overwhelm the U.S.-Mexico border with Ebola, the Republican National Committee is equally concerned about ISIS terrorists streaming across the same frontier. Their 30-second spot runs repeatedly on prime time television in Arizona. (H/T to Happening-Here.)

In the fight against the Islamic State, "I think we’re looking at kind of a 30-year war,” President Obama’s former CIA director and Defense Secretary Leon Panetta has told us while promoting his new memoir. Here he’s echoing his Republican predecessor Donald Rumsfeld’s view that the “war on terror” would be the “work of a generation” involving battlefields in more than 60 countries. In recent weeks, mainstream media and members of congress from both parties have also been ramping up the fear machine, the one that turns the wheels of endless war. Thirteen years after September 11, it’s still all-war, all the time.

Most of my work over the last decade has to do with U.S. involvement in the practice of torture. It’s become clear to me that in the context of endless war, people in this country have been offered a false bargain: “Allow us to torture anyone who deserves it; allow us to use drones to assassinate foreign nationals and even Americans; allow us to peruse your most intimate email and phone conversations (or at least collect your metadata). In return we promise that you will always be secure.” This deal is as much a cheat as an immortality potion, because the government can never keep its part of the bargain.

Rebecca Gordon teaches in the Philosophy department at the University of San Francisco. She’s the author of Mainstreaming Torture: Ethical Approaches in the Post-9/11 United States