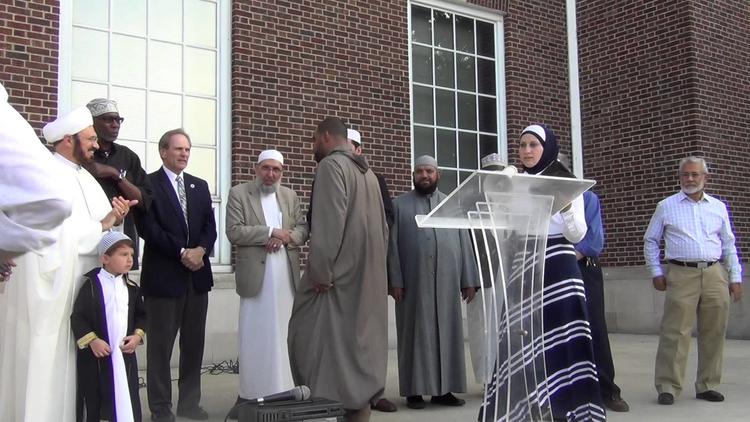 The Islamic State of Iraq and al-Sham (ISIS), having declared itself a caliphate, is now making a call to all Muslims (especially engineers and doctors) to emigrate to their new home, “Sham,” the land of Ibrahim, with the caution that ones who remain outside will be drowned in apostasy and heresy.

However, as much the militants proclaim to be the only bearers of true Islam, the actions and pronouncements of these fanatics strike most Muslims as a malevolent distortion of the religion. In fact, recently in an open letter to the leader of ISIS, Abu Bakr al-Baghdadi, a large number of Muslim scholars condemned the ISIS approach to Islam to be absolutely illegitimate and perverse based on Islamic legal theory and Quranic exegesis.

It’s not only Muslims who see ISIS as a travesty of Islam. Pointing to its financial operations, its advertising and recruitment techniques, its violence and, most strikingly, its totalizing ideology, a growing number of Western scholars and pundits explain the movement as a modern phenomenon – the darker face of modernity, to be sure – rather than a return to the origins of Islam. A disgrace to “true fundamentalism,” as Slovenian philosopher Slavoj Zizek described it, ISIS is symptomatic of the very modernity it rejects in the name of Islam.

Yet the most powerful critique of the movement’s religious illegitimacy comes, as it rightly should, from Islam itself. I don’t mean the clichéd but not unhelpful assertion that Islam is a religion of peace. I mean the core principles of religious practice established through the most widely accepted Islamic traditions. Prominent among these is “iman,” the freedom of the believer in choosing to submit, a freedom informed by the open, critical spirit that flourishes in the most confident traditions of Muslim theology.

Linguistically, “iman” means being sure of something as well as being in a state of security, free from fear. In Islamic usage, it refers to the certainty of one’s submission to God. Only such certainty will allow one to bind one’s heart to God, and such binding is the essence of religious conviction.

As something that is felt in the heart, “iman” must be voluntary. So one must strive for permissible deedsand refrain from the forbidden out of her heartfelt submission to God, not out of fear of punishment by, or even hope for reward from, an authority of this world. To do so is to fall prey to “shirk,” the unpardonable sin of polytheism, because it bestows upon that merely mortal authority the obedience that is due only to God.

There is more however. Once faith is defined as voluntary, it also becomes a conscious choice with the believer understanding what she believes. For that, she needs to deliberate, infer, and evaluate – “tahqiq” – what she believes rather than blindly following tradition, inherited knowledge and instructions of a given authority. Reason and intellect, as such, are active in “iman,” or faith.

This ideal of an autonomous, conscious self with potent agency challenges authoritarian and controlling tendencies of the state, community and even at the most local level, the patriarchal family particularly when these institutions try to assert authority over the believer in ultimate spiritual matters. More broadly, this system of belief should bring a critical spirit to Muslim theology, encouraging a pluralist commentary on the divine that critically engages with the world and history and should prevent Islam from being reduced to stagnant dogmas or ideology.

With this understanding, ISIS and, more broadly, radical political Islam, fall far outside the belief systems and practices of historical Islam. Islamism reduces faith to conformity to prescribed conduct, completely ignoring its spiritual and internal dimensions. It gives supreme moral authority to lesser authorities and turns the believer into a passive receiver of what is imposed. This approach leads to a society and polity in which religion becomes something merely behavioral, imitative and, worse, something one does because the state compels them to do so. Take compulsory veiling, for example, when the state and the religious police are no longer there to enforce, the one who covers in Saudi Arabia or Iran wears a bikini while vacationing at Miami Beach. Religion then turns into an ideology deprived of its common belief or popular opinion and critical spirit.

What would happen if the core elements of faith were to be worked back into Muslim practice and interpretation in the context of modernity? We find traces of that in certain corners of contemporary Turkish life. An increasingly influential assortment of believers in positions of institutional, political, cultural and explicitly religious authority – people whom I label Muslimists – understand faith as a religious conviction and as a conscious choice. More than an abstract theological position, this approach has dramatically transformed traditional Muslim perceptions of a religious community and political authority.

Muslimists have challenged authoritarian religious communal codes and formations, e.g., “jama’ats,” tight religious orders, and redefined religious community as a fellowship that acknowledges individual moral autonomy and self-expression. We see this at work in various areas of life. There are now, for example, character-education schools that emphasize inner ethics and character formation over mere religious training and Islamic human rights associations that embrace both Western and Islamic notions of rights.

The growing Islamic fashion also speaks to the greater acceptance of individual autonomy through appeal to “iman” and “tahqiq.” While a decade or so ago the colors and styles of veils were prescribed by “jama’ats,” women now use veils to express their moral agency and personal taste and aspirations within a context of religious submission. Faith defined as something voluntary and conscious has also changed the scope of religious learning, shifting religious authority from the traditional religious elite to religious intellectuals. These people’s authority is based on intellectual effort and study, which are not only of religious matters but of the larger world as well. Most importantly, the nature of the relationship between believers and the intellectual is not that of submission but of critically engagement – the believer has an intellectual space to think through what the author presents.

The emphasis on “iman” and “tahqiq” has informed a new political ethos, too. For Muslimists, the state’s duty is to establish freedom of choice by making sure that the state doesn’t co-opt religion or that religion doesn’t co-opt the state. Veiling, for instance, should be neither compelled nor banned. No doubt, religion will still continue to limit the liberalization of political and cultural attitudes and behaviors. Nevertheless, Islam has also become a source of freedom by validating choice within the context of religious submission. Whether this space will continue to grow is of course historically contingent as regional dynamics and the Justice and Development Party’s (AK Party) attitudes will have an impact on the future direction of Islam in Turkey.

The Muslimist approach to faith is not uniquely Turkish and it is not secularization. It is shaped by the grammar of Islam – it is line with, and indeed renews, existing Islamic traditions. In the 8th century Arabian Peninsula early “kalam” (Islamic theology) schools, most notably Mu’tazilites schools, saw reason to be critical to man’s relationship to God and an unhesitant “iman.” They rejected uncritical imitation seeing it as something that undermines rational intellect and leads to a weak doubting “iman.” They also pressed that reason, as a cause inducing a strong “iman,” required individual autonomy and free choice. The Ash’ariyya school similarly saw no conflict between reason and revelation. “Kalam” discipline, however, eventually declined in the 15th century and anti-theology streams, most notably, the Hanbali School, prevailed and completely rejected skeptical philosophy and intellectual aspects of faith putting Islam’s own dialectical dynamism to sleep. This school of thought and its prominent scholars, especially ibn-Taymiyyah, would subsequently, in the hands of modern radical Islamist currents including puritanical Wahhabism of ISIS, become a legitimizing ground for an increasingly ideologized and authoritarian Islam.

Despite the attempts of 19th century Muslim reformers who called for reconciliation of reason and revelation and the retrieval of Islam’s critical spirit, Islamist currents managed to take over the global voice and face of Islam. In the modern era too, Islamism continued its successful rise. To make Islam work both as an ideology and as a totalizing political system, the principles of religious practice had to be radically simplified, narrowed, and in some ways profoundly perverted. This trend has been enforced in part by post-colonial authoritarian governments in the Muslim world, both secular and Islamist, which continued to violate individual moral agency and co-opt religion to ideology. Saudi Arabia especially amounted to “re-bedounization” of the faith – with petro dollars in hand it boosted Wahabism, which militant Islamists could easily adapt. Within this context, the Arab Spring unsurprisingly failed to cut off Islamism. Yet despite this failure, throughout Muslim nations from Turkey to Indonesia and Egypt and among Muslim immigrants in the West – especially the youth in the U.S. – attempts to bring back Islam’s historical critical dynamism continue to grow.

There is one final component of which we need to take note: the concept of madness – “junun.” The mad person has no moral responsibility in Islam because she lacks the intellectual capacity to make a choice between good and evil. This means that with capacity comes responsibility as well as autonomy – the freedom of choice. Armed with reason and “iman,” we are to reject that which is “haram,” or forbidden.Self-mastery is a moral imperative and we will be judged accordingly. Radical Islamism, by completely canceling our ability to choose, ignores our capacity and treats everyone as, in effect, insane or mentally incompetent. More seriously, it prevents us from responding to the moral imperative of self-mastery. What this model leads to is rather obvious: mass insanity, an insurmountable distance between revelation and reason and the death of Islam’s critical wisdom.

Neslihan Çevik, Ph.D., is Associate fellow at the Institute for Advanced Studies in Culture, University of Virginia, and Board member, Post-Colonial Studies Research Center, Üsküdar University

Mirrored with the author’s permission from The Daily Sabah