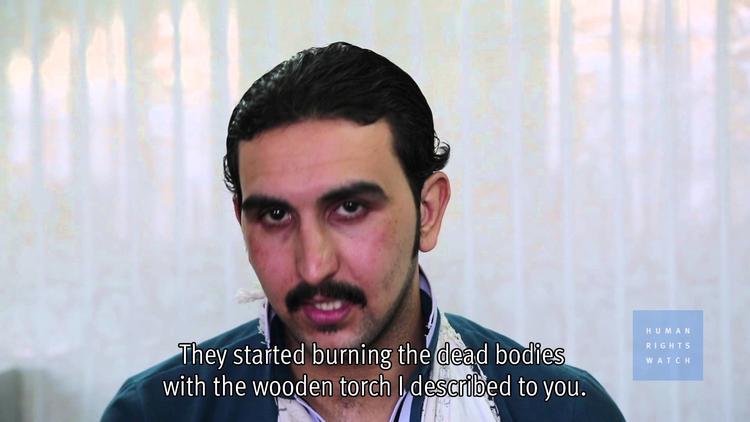 When Sunni Muslim extremists took over Mosul in early June, they closed local courts and set up their own quasi-religious system of justice. They also put thousands of Mosul’s lawyers out of work. For those who didn’t flee the city, there was worse to come: judges have already been executed. Now rumour has it that the extremists are about to name all lawyers as apostates because of their allegiance to “man-made laws”.

There are around 2,500 Ninawa lawyers registered with the Iraqi Bar Association and their voices used to fill the corridors of the city’s courtrooms. However when the Sunni Muslim extremist group known as the Islamic State took control of Mosul, the lawyers of the city, who were used to defending others, found themselves undefended.

The Islamic State group closed the city’s courts and started their legal system based on their version of Islam, leaving lawyers and court staff unemployed. And it is estimated that about a thousand of the lawyers have fled the city for safety in places like Iraqi Kurdistan and Baghdad and further south and the rest have remained in Mosul.

But this is not the first time that the IS group has targeted Mosul’s lawyers – in this particular city, which was a stronghold for Sunni Muslim extremists, this profession has always been stuck between a rock and hard place.

After 2003 and the US-led invasion that toppled Saddam Hussein, what is now known as the IS group but which was then Al Qaeda in Iraq, threatened and killed many lawyers for what they saw as collaboration with US forces – often the lawyers were going to the US security forces to work, as they were defending locals detained by the US.

Later lawyers were also threatened and killed simply for working within the government-approved court system – the Sunni Muslim extremists saw the Shiite-Muslim-led government as their enemy too.

At the same time, both the local security forces and the US troops considered the lawyers with suspicion, mainly because they were defending locals accused of being terrorists. Lawyers in Mosul have themselves been detained and trialled under Iraq’s terrorism laws.

The new rulers of the city, the IS group, don’t seem much happier with Mosul’s lawyers. They closed not just the courts but also the law school and professional lawyers can play no part in the IS group’s own religious courts. The group has also executed two female attorneys from Mosul – Najlaa Al-Omari and Samira Salih al-Nuaimi.

The IS group had even worse in store for local judges, whom they consider apostates because they rule according to manmade laws. Judges’ property has been confiscated and judges have been executed.

“A week ago the IS group arrested the public prosecutor, Abdullah al-Names, took IQD44 million from him and forced his wife and children to leave their house, which became property of the IS group,” one local lawyer, who couldn’t be named for security reasons, told NIQASH.

Lawyers who have remained in Mosul tell sad stories about colleagues who have spent all of their savings – some now work making clay ovens, others sell fruit and vegetables or gas cylinders in front of their houses. Some have apparently sold their own furniture to buy food.

Mosul lawyer Khalil Jaber Midhat says that he and his former colleagues are now living in unhappy conditions; he was forced to move to Erbil with his family when the IS group took over. And Midhat doesn’t feel as though the Iraqi Bar Association, which is based in Baghdad, had done enough for its members in northern Iraq.

“I do not believe that it is appropriate to spend millions of Iraqi dinars on repairing the Bar Association building or on sending delegations abroad while there are hundreds of Association members homeless and without enough bread to feed their children,” Midhat complains.

The Iraqi Bar Association, based in Baghdad, has said it will make social security grants available to members to help them. However speaking in secrecy to NIQASH, one of the lawyers in Mosul said that it would be better not to claim this money. Rumour has it that the IS group are about to issue a declaration saying all local lawyers are apostates – and therefore enemies of the IS group. In order to remain in Mosul, the lawyers will need to repent and part of that repentance will involve a payment that is likely to be higher than the grant the Iraqi Bar Association is offering.

“Most of us are in dire need of the money but we cannot take the risk of accepting the grant,” the lawyer, who had to remain anonymous for security reasons, said. “We must avoid this extortion – and that’s the least that could happen to us.”

Another Mosul lawyer, who also had to remain anonymous for security reasons, confirmed rumours of the IS group’s plan to malign lawyers. In his latest speeches an IS-sanctioned preacher in one of Mosul’s main mosques had already described lawyers as apostates, he says.

“This means that lawyers are considered to have left Islam,” the lawyer explained to NIQASH. “It also means they need to return to Islam by undertaking a series of steps. The first of these would be repentance – but nobody knows when these steps end. And all this is happening even though the deputy of the IS group’s governor here in Mosul is a lawyer himself,” the man noted wryly.