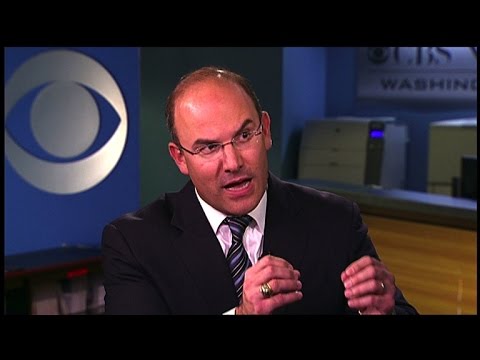 By Mustafa Habib | Baghdad | via Niqash.org.

Some tribes in the north of Iraq pledge allegiance to the extremist group, IS. In the south, tribes are divided as to whether to do this.

The city of Anbar is becoming a battleground. But the fight is no longer as simple as the Iraqi government versus the Islamic extremists. Over the course of the current conflict, Anbar’s tribes have taken sides and seen many of their members killed. Traditional tribal law which demands justice be done, whether through revenge killings or large compensatory payments, will complicate things even further.

Last week, hundreds of members of Iraq’s al-Bu Nimr tribe from the city of Heet were detained by the Sunni Muslim extremist group known as the Islamic State that is currently in control of parts of Anbar province, where many members of the tribe live. The tribe members were targeted – and although numbers are not clear, reports suggest as many as 495 may have been executed over the past ten or so days – because of their support for the Iraqi government against the Islamic State, or IS, group.

Given the IS group’s penchant for draconian punishments and their need to subdue an increasingly restive local population that no longer supports them, this is perhaps not surprising. However what was not expected were the reports emerging from members of the al-Bu Nimr tribe saying that it was not just the IS group doing the kidnapping and killing. Members of other tribes were involved and there were even members of the al-Bu Nimr tribe itself involved.

“One of the survivors of the IS group’s massacre of our men confirmed that he had been able to identify some of those firing guns,” one of the al-Bu Nimr leaders, Ahmed al-Nimrawi, told NIQASH. “They are sons of some other Anbar tribes and there were also members of the Nimr tribe.”

This is worrying because it is further indication that, rather than the current conflict in Anbar being a relatively simple fight between two foes – the Iraqi government and the IS group – it is evolving into a fight between the Sunni Muslim tribes of Anbar.

The vast majority of the local population in Anbar has tribal allegiances with tribal relations stretching across to Jordan, Saudi Arabia and Syria. The local way of life is strongly defined by these and by tribal laws and traditions.

“The security crisis in Anbar is complex,” says Rashid al-Samarrai, a local security expert. “The international coalition believes that the problems are just between the government and the IS group.” But in fact, al-Samarrai says, it has been turning into an inter-tribal conflict for a while and it’s going to require innovative strategies to resolve.

The fighting between the tribes goes further back than the IS group’s entry into the area. Following months of Sunni Muslim unrest that targeted his government’s policies, former Iraqi Prime Minister, Nouri al-Maliki, had been negotiating with some of Anbar’s tribes. He had promised them special trading and security privileges in return for supporting his government. Some tribes agreed but others did not, saying that they would continue to fight against what they described as al-Maliki’s sectarian policies. Al-Maliki has since been replaced by a new Prime Minister, Haider al-Abadi, whose stance is seen as more conciliatory.

Contrary to what happened in 2006, when all of the tribes of Anbar were united in the fight against Al Qaeda in their cities – partially because many of the members of Al Qaeda were from other Arab countries or from further afield – this time the tribal groups are far more divided. And as one Iraqi analyst, Hassan Hassan, confirmed recently in the UK newspaper, The Guardian, the IS group have been able to exploit these differences for their own ends.

A lot of the members of the IS group in Iraq are actually Iraqis and originate from Anbar. The leader of the IS group – Abu Bakr al-Baghdadi – is also an Iraqi and comes from another well-known tribe.

For instance the Abu Risheh tribe were among some of the most prominent supporters of anti-government demonstrations in Anbar – yet they have now entered into an alliance with the government against the IS group. In return the current Iraqi government has promised to annul terrorism verdicts against the leaders of the tribe.

Since the various tribes made up their minds about who to support and who not to support, there has been much bloodshed. Many local men, members of various tribes, have been killed over the past few months.

According to the conservative tribal laws that many of Anbar’s people live by, this means there must be some kind of recompense made. According to tribal law, a murder would see a delegation from the murdered person’s tribe going to the murderer’s tribe to seek justice. Reparations for the death can be made either by paying a lot of money per dead person or by blood – that is by executing the murderer.

And although currently the fight between the Iraqi government and the IS group take precedence, these conflicts will not be forgotten. In fact they may lead to far longer inter-tribal feuds. Some locals say these have already started, with a series of secret assassinations that nobody knows about but the tribes themselves – the government least of all, because of the lack of a functioning judicial or security system in many parts of Anbar.