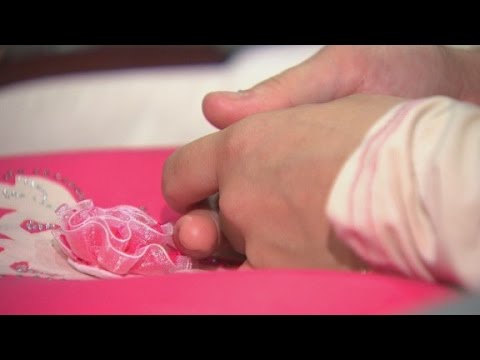 Three months ago, the extremist group known as the Islamic State kidnapped hundreds of women from the Yazidi sect. Since then there have been many stories about what has happened to the women, including physical and sexual abuse, slavery and forced marriage. NIQASH spoke to doctors who have treated some of those women and confirmed that the horror stories are true – and worse.

When the young girl first came to their village, the people living there knew nothing about her. In this village, mostly populated by Arabs, the locals just saw a young girl that kept crying. Every day she cried.

And for a long time nobody could figure out why. This was because the man who owned the house in which the 16-year-old girl was living was a member of the extremist group, the Islamic State, or IS, and he didn’t want his neighbours to know what was going on.

However in small villages like this one it is hard to keep secrets. The women of the village began to whisper about the girl whose name is Layla. “Poor thing, she is a Yazidi,” they said.

A few weeks have passed since Layla was brought to the village to live in the house of the IS fighter and one of the IS group leaders comes to visit her regularly – she was forced to marry him and was also forced to convert to Islam.

Layla’s story is not uncommon. The Yazidi women and girls who have been kidnapped by the IS group have been forced to either become the wives of the IS fighters and convert, or they are given as “sex slaves” to members to reward them for their service.

The real number of women held captive is not known. Most reports suggest there are hundreds and that most of them are being held in and around Tal Afar, 60 kilometres west of Mosul. Eyewitnesses say there are literally hundreds of Yazidi women there.

Some of the women have been able to escape on their own – a week ago Yazidi spokespeople said that 50 captives managed to make their way to Sinjar mountain. Before that around another 200 were released, due to ransoms paid and also thanks to mediation by local Arab tribes who negotiated the women’s release.

A lot of the kidnapped Yazidi women also seem to have been distributed in Baaj, around 120 kilometres west of Mosul, to fighters from the IS group. Doctors at Baaj hospital confirm this, saying they have treated a number of Yazidi women who have suffered at the hands of their captors, subjected to sexual and other physical violence.

“How can sane people do this?” the doctor who spoke to NIQASH said; the doctor had to remain anonymous for fear of reprisals. “It is a public, collective act of rape. I treated about ten women and I was stunned to find one who was just 13 years old. Her mental and physical health were very bad.”

Anther of the women treated at the hospital is a well-known individual who worked at one of the schools in the Sanouni district in Sinjar.

“When she arrived at the hospital we thought she was dead,” the doctor says. “But she was alive. She had been on a hunger strike after being raped by several of the IS gunmen and if she had not been brought to hospital, I am sure she would be dead by now.”

Meanwhile back in the village, Layla wasn’t talking to anybody. She stayed in her room most of the time and only ate what she had to.

Like almost all of the people in this village, the woman who runs the household – the IS member’s wife – sympathizes. The housewife says that when Layla was first brought to the house, her husband told her she must be very careful not to show any feelings about the situation because the emir, or senior member within the group, who comes to visit Layla “is a very ruthless person”.

Still, many of the extremist fighters who come from Ninawa have refused to take the captive women. Local culture and societal norms are strongly opposed to this kind of behaviour, no matter what the IS group doctrine “creatively” says about it. However hardly anybody dares to speak out about it either, for fear of retribution.

That is why when, in the village where Layla was being held, it was noteworthy that one of the village elders openly said that any family that opens its house to those who kidnap and enslave women would be dishonoured forever.

The woman of the house where Layla was being held has become closer to her captive. And eventually the older woman realised that the younger needed medical care. She asked her husband to ask permission for the pair to travel to Mosul, to hospital there, and eventually she was told that she could do this. However the emir, to whom the girl belonged, said that the women would have to travel with another IS fighter to ensure that Layla didn’t escape.

At the Al Jumhuri Hospital in Mosul, medical staff and patients are forced to deal with one particularly tough member of the IS group, a female Russian convert who wears a niqab. She supervises the treatment of any Yazidi women who come in and is, according to nurses there, very tough. There have been several attempts by captured Yazidi women to escape from the hospital and the Russian woman’s task is to prevent these. Apparently she carries a stick that she uses to beat both the prisoners and the doctors who do not obey her orders.

It was in Mosul that Layla told her story to the doctor who treated her – the doctor then told her story to NIQASH. “She was pale and she had physical and psychological pain,” the doctor says. “Still, she was in better condition than some of the other Yazidi women we have treated here. Those women were beaten because they did not yield to the demands of the IS group members.”

Before leaving the clinic, Layla begged the doctor to give her some contraceptives. Because, as the teenager said, “I don’t want to return to my family carrying a baby made by one of the filthiest, meanest men ever.”