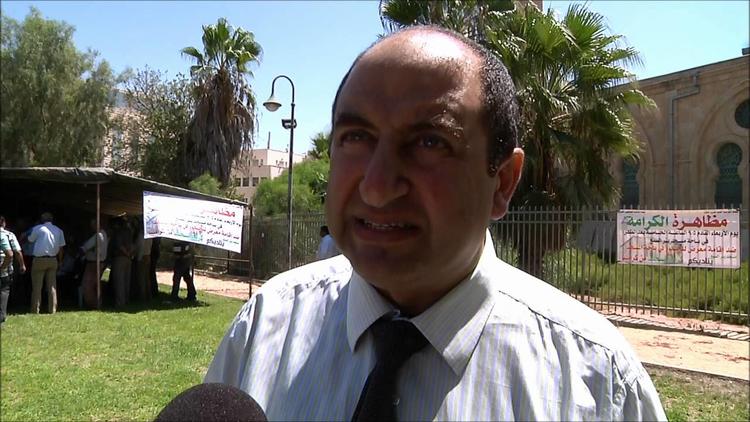 BEERSHEBA (Ma’an) — Authorities in the southern Israeli city of Beersheba have recently converted an historic mosque into an Islamic museum despite the fact that 10,000 local Muslims still have nowhere to pray, locals said.

Locals told Ma’an that an exhibit showcasing a collection of Muslim prayer rugs was recently opened in the building that was formerly the Great Mosque of Beersheba, which was once used regularly as a mosque before the 1948 expulsion of 750,000 Palestinians from what became Israel.

The exhibit, which locals say has no Arab or Muslim member on the technical supervisory team, will continue until June 2015.

The move comes after decades of protest from the area’s 10,000-strong Muslim Palestinian community, composed primarily of local Bedouins whose ancestors survived the Israeli expulsions as well as Palestinian citizens of Israel who have moved to the city from other parts of the country.

Representatives of the community have long petitioned Israeli authorities to allow them to open the mosque for daily prayers or at least once a week for Friday prayers.

However, the demands have been repeatedly rejected, and in 2011 the Israeli Supreme Court rejected a request for it to open as well, allowing the building to be transformed into a museum focusing on Islam.

The irony is not lost on local Palestinian Muslims, who have long complained that Israeli authorities neglect Palestinian heritage and frequently appropriate Palestinian symbols and architecture.

The Great Mosque of Beersheba was built in 1906 during the Ottoman era through donations collected from the Bedouin residents of the Negev.

It remained an active mosque until the Israelis occupied the city in 1948 and turned it into a detention center and headquarters for a magistrate court, following the expulsion of Beersheba’s approximately 6,000 Palestinian residents, mostly to Gaza.

Thousands of Jewish immigrants were subsequently brought in to populate the city, while the Palestinian refugees were never allowed to return, despite mostly living only kilometers away.

In 1953, the Israeli authorities turned a portion of the mosque into a museum, which was recognized in 1987 by the Israeli department of archeology as the Negev Museum.

However, in 1992, the museum was shut down because the building had become vulnerable. It has been retrofitted recently, however, paving the way for its reuse.

Protests against Wine festival in the Beersheba Mosque (2012)