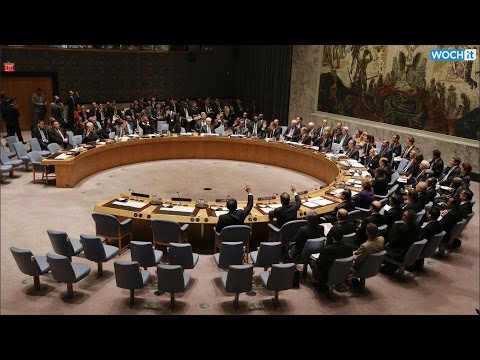 This policy brief is authored by Nadia Hijab, Executive Director of Al-Shabaka, and Diana Buttu, a lawyer who previously served as a legal adviser to the Palestinian negotiating team.

Almost every day brings the announcement of a new international initiative by the Palestine Liberation Organization to seek recognition as a “state” or to end Israel’s military rule.

Most recently, the PLO announced that it intends to seek a United Nations Security Council resolution that sets a three-year deadline to end the Israeli occupation that began in 1967.

This comes after two years of efforts aimed at getting other countries to recognize the “State of Palestine” — efforts that were recently rewarded with Sweden becoming the first major European state to recognize the State of Palestine, despite the tsunami of criticism it received when it first announced its intentions. In addition, there is frequent talk of Palestine signing other international conventions, as well as joining the International Criminal Court.

Yet all this talk about new initiatives rings hollow because the PLO has done so little with the many legal tools already available to it. Just a few of these instruments would, if properly used, make Israel accountable and could hasten not just an end to occupation but also the fulfillment of all Palestinian rights.

Action is especially important given the Israeli government’s recent actions in East Jerusalem and the danger to its holy sites, over and above the decades of Israeli colonization throughout the West Bank and the siege of Gaza.

First and foremost among these instruments is the 2004 International Court of Justice Advisory Opinion on the “Legal Consequences of the Construction of a Wall in the Occupied Palestinian Territory.” The opinion was a huge achievement for the Palestinian people. It involved months of work by the PLO’s UN representative at that time who led a top notch international and national legal team that defeated Israel’s best efforts.

The importance of the ICJ Advisory Opinion must not be underestimated. It is worth recalling some of the court’s major findings:

• The Wall is illegal and Israel is obliged to make reparations for all the damage it has caused.
• Not only is the Wall illegal but so is the entire “associated regime” — i.e., the gates, permits, closed areas, and other restrictions on movement. Moreover, the court reaffirmed that Israeli settlements breach international law.
• The court also affirmed that the West Bank and Gaza, including East Jerusalem, are occupied territories and that Israel is an occupying power with legal responsibilities.
• Perhaps most importantly, the court found that all states are obliged not to recognize the situation as lawful and cease any assistance or aid to Israel in maintaining it.

This last point is key because the PLO can demonstrate to third states and other actors that their dealings with Israel pose legal and economic risks to their authorities. Although advisory opinions are not legally binding, what the court has done is set out the law. Third state actors with developed legal orders have a strong need to uphold their rule of law that can trump their political and economic relations with Israel.

As the representative of a European country put it at a gathering convened by The Elders earlier this year, it is important to make Israel see that settlements are wrong not only because they violate Palestinian rights but also because their illegality undermines the Europeans’ own efforts to build an international system of law that is respected.

To understand how important the ICJ Advisory Opinion — if properly used — is to the Palestinian people, it is worth noting that a similar conclusion by the ICJ some four decades ago with regard to South Africa’s occupation of South West Africa (now Namibia) led to sanctions against South Africa.

Thus, it is not a question of signing up to more international conventions, seeking another Advisory Opinion (which might not prove as favorable), or of going to the UN Security Council to seek an end date to the occupation only to face a US veto.

Rather, the PLO and/or Palestine would be far better advised to use existing available tools and demand that states uphold the law, i.e., in this case, by ceasing any assistance or aid to Israel in maintaining the illegal situation created by the Wall — and its associated regime — as set out in the 2004 Advisory Opinion, as well as ceasing any interaction with Israel that sustains its illegal settlement enterprise.

Another instrument secured by the PLO but insufficiently used because of fears of US-Israeli repercussions has been Palestine’s membership of the UN Educational, Scientific and Cultural Organization. As Valentina Azarov and Nidal Sliman argued in their Al-Shabaka Policy Brief, “Activating Palestine’s UNESCO Membership,” this can be used to assert Palestinian sovereignty over land and sea by invoking Palestine’s rights under, e.g., the 2001 Convention on the Protection of Underwater heritage to establish control over Gaza’s coast and the Dead Sea.

UNESCO membership can also be used to compel third states and international actors to uphold their commitments to UNESCO international treaties and their obligations through domestic laws, for instance, with regards to the public display of illegally procured artifacts that had been unlawfully transferred outside of occupied territory. As Azarov and Sliman noted, had Palestine been a member of UNESCO in 2010, it could have had standing in Canada’s courts to enforce a request to seize illegally imported cultural property.

Before Palestine was a full UNESCO member, PLO officials successfully used UNESCO as a venue to challenge Israel’s attempts to include the Tomb of the Patriarchs in Hebron and the Mosque of Bilal bin Rabah on its own heritage list. However, the PLO appears to be unwilling to offend the US by pushing further. It delayed the completion of the process to have the landscaped terraces in Battir village added to the List of World Heritage in Danger.

Instead, it took the efforts of others, including human rights lawyers, to secure a 2012 Israeli court ruling urging the rerouting of the Wall on the grounds of the vulnerability of its landscape. Based on this same argument, Battir finally won a place on UNESCO’s world heritage sites list in June this year after an emergency nomination.

The PLO needs to be much more effective in using these tools, especially the approach of putting third states on the spot by showing them how their transactions with Israel’s settlement enterprise violate the law. And since Israel’s economic, social, and cultural systems are inextricably intertwined with those of the settlements, this would effectively lead to the isolation of Israel proper.

States, especially Western European states, set great store by being seen to be upholding the law. For example, individual countries such as the United Kingdom started labeling products from Israeli settlements in 2009 so that customers could know what they were buying — although this was but a feeble, long overdue step in the right direction. More recently, many other countries have issued industry advisories regarding the risks of operating in settlements.

In 2013, the entire European Union amended its legislation and issued guidelines to exclude Israeli entities based or operating in illegal settlements from receiving EU funds — a potentially powerful step that received much Israeli push-back but achieved the ultimate result of ensuring that the EU and its member states uphold the bottom line in this sphere.

What is needed is far more pressure by the PLO and Palestine on the EU and its member states to enforce a complete ban on all trade with settlements, as called for by the PLO’s own Negotiations Affairs Department.

It is also past time for the PLO and Palestine to push for the suspension of the EU-Israel Association Agreement. Indeed, more than 300 trade unions, political parties, and human rights groups across Europe called for the agreement’s suspension in November, arguing that Israel’s largely unrestricted access to European markets and participation in EU programs amounts to “material support to Israel’s violations of international law.”

Another promising avenue for a push by Palestine would be to learn from the African National Congress, which was very successful in pushing for travel bans — South Africa Airways itself was banned during the struggle against Apartheid.

There are also quasi-governmental initiatives that the PLO could be pursuing, such as getting Israel expelled from FIFA, the world soccer federation. Although the Palestinian soccer association has been working on this front, their efforts do not appear to enjoy the full weight of the PLO political apparatus (such as it is). Israel remains a member of FIFA even though in 2013 it shot two teenage Palestinian soccer players in the feet, causing permanent damage to their ability to play again.

The International Olympic Committee, of which both Palestine and Israel are full members, is another venue where the PLO should be active in seeking the review of Israel’s membership status.

To date, the Palestinian-led Boycott, Divestment, and Sanctions movement has had tremendous success in holding Israel accountable through citizen action in several countries. This has, among other things, led to pension funds and banks pulling their investments from Israeli companies.

Earlier this year, for example, the Luxembourg pension fund excluded nine major Israeli banks and firms and one US company because of their involvement in settlements, following in the footsteps of the Dutch and Norwegian pension funds.

There have also been other Palestinian civil society initiatives such as the MATTIN Group’s interventions with third states and international organizations, particularly the EU, to bring about the adoption of restraining measures on the basis of these actors’ self-defined legal responsibilities and commitments.

However, civil society can only go so far. If there is to be any advantage to Palestine’s UN membership, it must be pressure by the PLO and/or the State of Palestine on third states, international organizations, and corporations vulnerable to international law arguments, demanding accountability based on international law.

The PLO may have more room for maneuver over the next two years given the strains in the Israeli relationship with the US administration despite the consolidation of the Republican hold on Congress.

The constant chatter about PLO initiatives to join new international instruments and bodies is simply buying time in order to avoid taking actions that would unleash Israeli and US repercussions, such as blocking tax revenues or cutting off aid. But the Palestinians cannot afford more time if they wish to save the land that Israel is so relentlessly colonizing. Israel has already emptied many Palestinians out of 60 percent of the West Bank (known as “Area C” under the Oslo Accords) and is rapidly ethnically cleansing East Jerusalem.

There is no more time to waste. The legal instruments to isolate Israel as South Africa was isolated already exist — partly thanks to the system of international law strengthened after the Universal Declaration of Human Rights was adopted in 1948, partly due to the PLO’s past efforts, and partly thanks to the efforts of the ANC and other international movements for justice and freedom. The time to use them is now.

Let us not mince words: No external actors will liberate Palestine or secure Palestinian rights to justice and equality. The PLO must clearly and effectively work alongside Palestinian and international civil society to isolate Israel until it upholds international law. Until that day, Israel has no right to be a respected member of the community of nations.

The views expressed in this article are the authors’ and do not necessarily reflect Ma’an News Agency’s editorial policy.