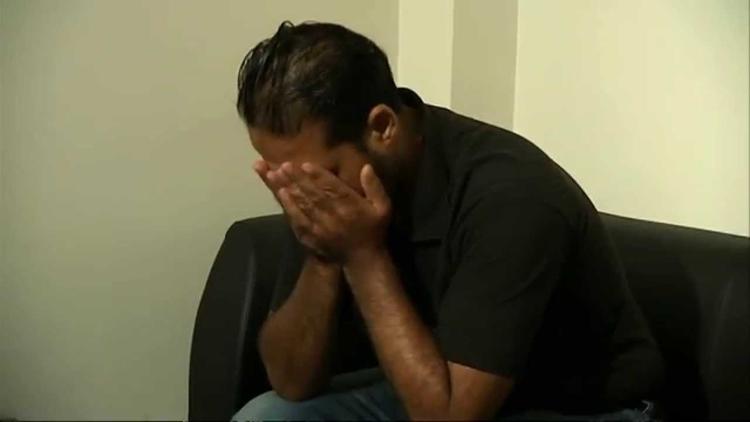 By Muhammad Moneib | (Your Middle East) —

Perfectly timing the theatrical run of Ridley Scott’s epic new movie, starring Christian Bale as Moses, God’s prophet who leads the oppressed Israelites out of ancient Egypt through the miraculous parting of the sea, there is another exodus out of Egypt that seems about to take place – this time involving native Egyptians leaving their homeland.

Egypt’s population is 90% Muslim. The rest are mainly Christians, but there are undeclared smaller religious minorities of Baha’is, Jews, and others. It would be wrong, though, if we consider each block of these to be a single mass. For instance, while the vast majority of Muslims are Sunnis, there are also significant, albeit small, minorities of Shiites and Sufis. Further, notwithstanding the religious classification, there are other rifts inside the society that penetrate the boundaries of religious differences. It is sufficient to know that almost all military leaders, including the president, are Sunnis, just like the Muslims Brotherhood are, and just like Mubarak is, as well as many of those who rose against the three in the past few years. Clearly, unlike other nearby countries, religion isn’t that decisive a factor in the political struggle of Egypt for now, at least in its raw form.

Thus, the Egyptian population is not as harmonious as it might seem; it harbors within it several significant minorities according to political ideology and social class. Both of these factors affect the level of comfort of each individual with the status quo, and therefore his ambition for change. Generally speaking, for the social distribution, most of those in the lower and upper sides of the social ladder (including a large and growing portion of the middle class) are more concerned with their daily lives; their ultimate desire is stability at any cost and their tool for survival in the midst of failing politics is being oblivious, either through disinterest in the real public matters (the poor), or by the means of isolating themselves using money (the rich). The link between corruption and ignorance (including misinformation) has never been clearer – so is the pressure on the attentive minority that is caught in the middle.

If there’s one common thing that unites all the different Egyptian religious, social, and political minorities, it is the usual vilification by the media and skirmishes with the authorities. Their harassment is no less a matter of popular pressure by the majority than a consistent agenda. Nasser’s populist policies of taking aim at opposing minorities are not far off from living memories. The same policies have been used by successive governments ever since – including all those who succeeded Mubarak. The tactic is easy: the media focuses on the vilification of a certain minority, then the oblivious majority, getting anxious about the possibility of instability, throws its support behind the government to crack it down, usually with a moral cover from the religious authorities, comforting the oblivious citizens (sometimes even including those within other minorities) who are always looking for easy answers.

Consequently, it is those within these minorities who don’t feel at home anymore in Egypt. Yet, they might not be alone after all. The failing economy, if it persists, will eventually kill off whatever optimism is left, even for the most oblivious of supporters. With the support of “friendly” nations, the current government may treat the economy for some time, but there are no promising signs of a permanent solution. Most Egyptians are tired of the political turmoil but it is doubtful that they would protest whatever hardships that come to them anytime soon. It is a dilemma that an attentive citizen can only solve, ironically, by some sort of escapism, outside Egypt, or even, perhaps, outside reality.

The recent highly publicized suicide of an Egyptian political activist may be an indicator of the level of frustration of a youthful generation once lured by the false promises of the revolution, but now faced by a reality reminiscent of Mubarak’s era. Similarly, the tone on social media of many young Egyptians is that of disappointment and anger. A lot of posts share tips and tricks about finding a legal way out of Egypt into the Gulf, into Europe, Australia, Canada, even China – they all search for “anywhere but here.” Others are considering less legal ways.

Nevertheless, nothing of this is totally new. Immigration has been a favorable course of action within the Christian community for a long time. The politically oppressed have found refuge in other places for centuries. Laborers and employees alike have been looking for better opportunities abroad since the days of Sadat. Those with ultimate desperation have even risked their lives through illegal immigration attempts. What’s significant, however, is the abrupt shift in personality of those who had never even contemplated, and were firmly against, leaving Egypt before, to become obsessed with the idea now. It is a trend that is definitely on the rise even if not backed by actual numbers yet.

Because of the nuclear bombardment of Hiroshima and Nagasaki, a generation of Japanese pacifists emerged. Similarly, in terms of effect at least, the failure of the revolution has bombarded the dreams of a young generation of Egyptians for a struggle towards a prosperous and just Egypt. Hence, escapism has become their kind of pacifism. In a way, they are like the Jewish wanderers of the desert, driven by faith in a better future, elsewhere. If only they had a Moses to guide them!

Muhammad Moneib is a computer engineer living in Cairo, Egypt.

Dying to get here – The survivors of the migrant graveyard | Channel 4 News (from early Dec.)