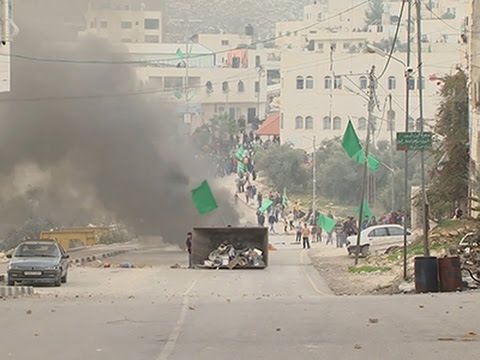 Medics said Muath Nouh al-Rajabi, 12, was moderately injured after being stabbed in the thigh and shoulder.

He was taken to Hebron’s public hospital.

Israeli settler violence against Palestinians and their property is common but is rarely prosecuted by Israeli authorities.

Some 500 Jewish settlers live in the center of Hebron’s Old City, and a 1997 agreement split Hebron into areas of Palestinian and Israeli control.

The Israeli military-controlled H2 zone includes the ancient Old City, home to the revered Ibrahimi Mosque — also split into a synagogue referred to as the Tomb of the Patriarchs — and the once thriving Shuhada street, now just shuttered shops fronts and closed homes.

Over 500,000 Israeli settlers live in the occupied West Bank, including East Jerusalem, in contravention of international law.