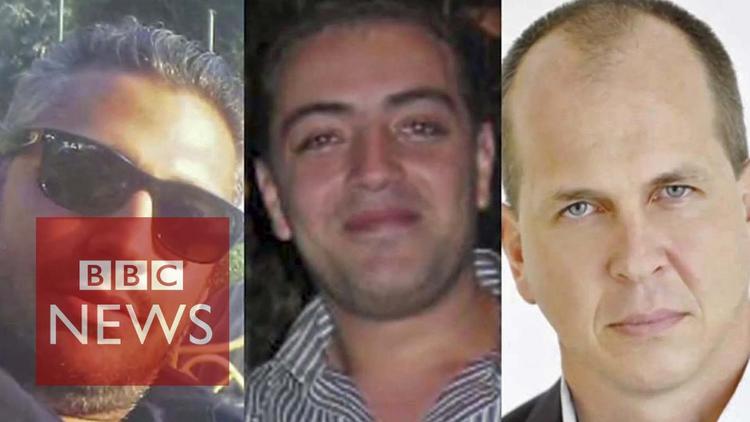 By Simon Mabon and Lucia Ardovini | (The Conversation) —

It was a year of huge transition for Egypt. Gone was the Muslim Brotherhood, in both word and deed, while the military regime of Abdel Fatah al-Sisi strengthened its control across the state.

Despite facing numerous challenges – political, economic, secessionist and security related – al-Sisi’s regime has ostensibly emerged from 2014 in a much stronger domestic position, promising to deliver increased security and stability to the Egyptian population.

What that really means is not that Egypt is safer, but that the political space and opposition movements across Egypt are now as heavily restricted as ever.

This was the year that the military counter-revolution was completed. Al-Sisi’s election as president with 96% of the vote, albeit on a low turnout, made the overthrowing of Hosni Mubarak seem like a distant memory.

A clampdown on members of the Muslim Brotherhood (and all others opposed to al-Sisi’s rule) was followed by the arrest and prosecution of many Brotherhood members and supporters.

Then came Mubarak’s acquittal for the manslaughter of 900 protesters during 2011, which further cemented the image of a failed revolution.

Despite al-Sisi’s clampdown, for many Egyptians he remains a popular leader, offering protection and stability where previously there had been only insecurity and chaos. And while security problems across Egypt remain serious – highlighted by a general reluctance among women to leave the house on their own – al-Sisi’s regime is still broadly seen as a solution to the country’s big problems, not a problem in itself.

The price of security

But that doesn’t mean all is well. Since gaining power after the July 2013 coup d’etat, al-Sisi has sought to consolidate his rule by whatever means necessary – and the means he has chosen are starting to deepen domestic and international unease.

The government has dialled up its authoritarianism and passed various new laws that restrict Egyptians’ human rights. The new constitution, devoted to a “war against terrorism”, defines terrorism as an “act” that might obstruct the work of public officials, embassies or institutions and therefore includes anyone who joins peaceful protests or takes part in a strike. Prison sentences of up to ten years can be given to anyone who is part of a group that “harms national unity or social peace”.

As a consequence, an estimated 41,163 Egyptians were arrested in the period between July 3, 2013 and May 15, 2014, including 36,478 detained during political events and a further 3,048 arrested as members of the Muslim Brotherhood.

These numbers are unmatched in Egyptian history, and they show just how restricted and security-minded Egypt’s politics have become.

Together with the re-issuing of Mubarak’s much criticised State of Emergency Law and of the Assembly Law, which gives the security forces the right to forcibly disperse any public meeting of more than ten people, this is another clear sign of a regime trying to retain power by utterly dominating the political sphere.

Return of the tourists?

Much of the Egyptian economy is driven by tourism, which stagnated in the three years following Mubarak’s overthrow. Tourists were increasingly cautious about visiting Egypt, the land of revolution and instability, which led to a drop in revenue gained from tourism from £250m to £10.5m in three years.

Yet in the third quarter of 2014, tourism rose 70% from the same period in 2013 and in September alone, the increase from 2013 was 193%. This suggests that international perceptions about stability in Egypt have shifted, despite conditions on the ground.

The year also saw a transition in Egypt’s regional relations. Given its unique transnational and geopolitical position Egypt could have acted as a balance in the deteriorating situation in both Gaza and Libya – but the country’s borders are instead growing increasingly insecure.

Al–Sisi’s direct involvement as a mediator between Israel and Gaza across 2014 showed how much he wants to restore Egypt’s old role as a regional leader, but his alliance with Jerusalem provoked both regional and domestic criticism.

In negotiating with Netanyahu and stopping wounded civilians and humanitarian aid from crossing the Rafah border for most of Israel’s Gaza offensive, al–Sisi was seen to be effectively siding with Israel and the US and against other regional powers. This badly damaged his country’s popularity in the Middle East.

Meanwhile, the state’s struggle to effectively secure its borders has left Egypt open to the violence engulfing its blighted neighbourhood and has caused problems of its own.

The violent Rafah crossing was closed after deadly attacks on security forces in the Sinai. A 13km-long buffer zone created along the border there threatened to cause mass displacement. Meanwhile, rumours of a possible intervention in Libya to stop Islamic insurgencies there only draw attention to the worry that the Libyan chaos might spill over.

The next year and beyond

Despite al-Sisi’s largely successful consolidation of raw power, the overall outlook at the end of 2014 is far from positive or stable. While the military government managed to cement its rule via the election, the continuation of Mubarak’s “deep state” shows that popular attempts to gain dignity and secure fair representation for all Egyptians have failed.

The increasing brutality and authoritarianism displayed by the Egyptian government are symptoms of undying domestic discontent, and coupled with growing insecurity at the country’s borders, this all speaks to Egypt’s declining regional influence.

While it is hard to foresee what 2015 might have in store, the brewing renewal of the revolutionary movement is an undeniable sign that not all Egyptians have lost hope, and will not accept yet another military dictatorship.

But as long as al-Sisi’s stunningly effective attempts to lock out any formal opposition from politics pay off, they will have little hope of success. For now, it seems, Egypt is doomed to repeat its history.