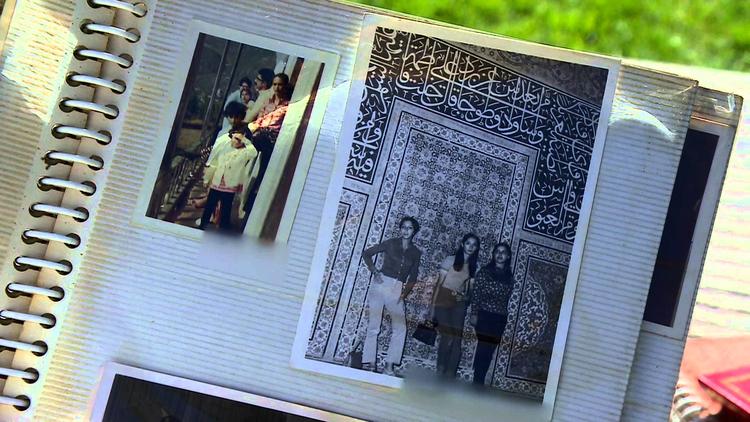 Raana and Hamed have been living together for four years.

They eat together. They both contribute to the household and share a savings account. They fight “like husbands and wives in a registered marriage.” They even wear wedding rings and introduce themselves as a married couple.

But they’re not. Because, as they also told Iranian daily “Ebtekar” in May, they don’t believe in marriage.

Their arrangement is being described in Iran as a “white marriage,” a relatively new phenomenon that is worrying Iranian authorities.

Officials there see couples like Raana and Hamed as an affront to the Islamic values that are preached and enforced by the state through pressure and harassment.

On November 30, Mohammad Mohammad Golpayegani, the chief of staff for Iranian Supreme Leader Ayatollah Ali Khamenei, criticized cohabitating couples as “shameful” and warned that an entire generation would be doomed.

Golpayegani said “their halal generation will be extinguished and they will become bastards.”

He declared that “the Islamic ruler should strongly fight this kind of life.”

One day later, a deputy at Iran’s Ministry of Youth Affairs and Sports blamed the media for fueling interest in so-called white marriages.

Mahmud Golzar allowed that some young Iranians might be cohabitating — following the example of Western countries — but he added to the semiofficial Fars news agency that such reports had not been confirmed.

If confirmed, he warned, the Islamic republic would confront those “ominous marriages,” which have “very negatives effects” in Western countries, including the United States.

There are no reliable estimates of the number of couples cohabitating in Iran, where sexual relations outside of marriage are punishable by law. But public acknowledgement and warnings by officials, as well as media reports and anecdotal evidence, suggest that a number of Iranians in major cities have chosen cohabitation over wedlock.

Thirty-three-year-old Ali, who asked that RFE/RL not use his real name, is an engineer by profession who lived with his former girlfriend for several months before they broke up last year.

“We didn’t want to get married but we wanted to be together, so she moved in,” he said.

He added that they cohabitated despite their parents’ disapproval.

Ali told RFE/RL that some of his friends and acquaintances had also chosen the unmarried route over wedlock.

“We basically want to live our lives the way we want,” Ali said. “Now you can call it a white marriage or whatever you want.”

He said he was aware of the risk he was taking, adding that “everything is risky and illegal in Iran, even partying.”

Kids Will Be Kids

A Tehran-based observer said the possible rise in unmarried couples should be seen in the context of a new generation of Iranians who are turning their backs on tradition and state-promoted values.

“Attitudes are changing, a number of young people don’t care about what other people might think or how the state might react, they are becoming increasingly independent,” he told RFE/RL.

A desire to be free from the responsibilities and financial burden that come with wedding and married life appears to contribute to the perceived trend.

Mostafa Eghlima, the head of Iran’s Society of Social Workers, believes that the so-called white marriages are similar to what “engagements” used to be like in Iranian society.

Eghlima told “Ebtekar” that one of the main reasons that families accept white marriages is because they want to be freed from the burden of responsibility.

“Girls and boys [in white marriages] can easily end their relationship without any problem and without any expectation,” he said.

Javid Samoudi, a psychologist based in the holy city of Qom, home to many of Iran’s senior clerics, blamed such cohabitation on “cultural invasion,” fading religious beliefs, weakening family ties, rising economic costs, and a desire for diversity and noncommitment among young people.

In an interview with the semiofficial ISNA news agency, he likened white marriages to “a microbe that pollutes men’s views and damages the character and personality of women.”

Sociologist Majid Abhari was quoted by Iranian media as saying that the “growing influence” of the Internet and satellite channels was behind white marriages.

The spread of cohabitation comes amid another headache for Iranian authorities: a reported decline in marriages and a soaring divorce rate.

Media reports suggest that in major cities such as Tehran, more than 20 percent of marriages end in divorce.

Authorities have said that marriage should be encouraged and facilitated for young people in order to preserve morals and fight the declining birthrate.

On December 1, presidential adviser Hessamedin Ashna noted that many people are concerned about white marriages. He suggested that if getting married was easy and affordable, Iranians would not choose cohabitation.

Ali, for his part, says he is not planning to get married anytime soon. With a laugh, he says the idea of another white marriage is more appealing to him.