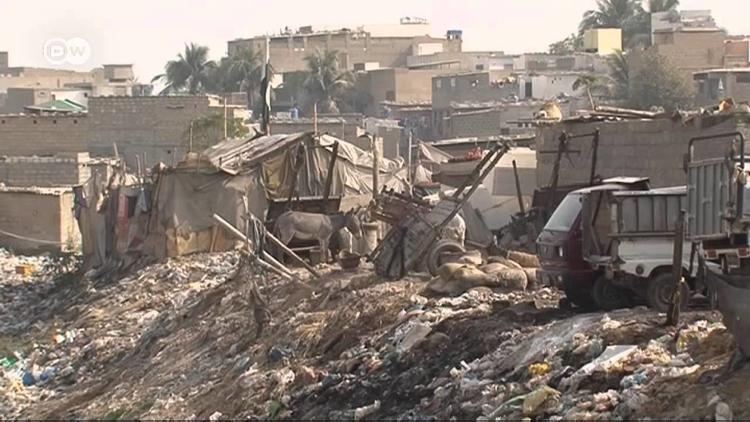 KATHMANDU/PESHAWAR, Pakistan (IPS) – The goal is an ambitious one – to deliver a polio-free world by 2018. Towards this end, the multi-sector Global Polio Eradication Initiative (GPEI) is bringing out the big guns, sparing no expense to ensure that “every last child” is immunised against the crippling disease.

Home to 1.8 billion people, roughly a quarter of the world’s population, Southeast Asia was declared polio-free earlier this year, its 11 countries – Bangladesh, Bhutan, Democratic People’s Republic of Korea, India, Indonesia, Maldives, Myanmar, Nepal, Sri Lanka, Thailand and Timor-Leste – joining the ranks of those nations that live without the polio burden.

United in the goal of eradicating polio, an infectious viral disease that invades the nervous system and can result in paralysis within hours, governments across the region worked hand in hand with community workers, NGOs and advocates to make the dream a reality.

“Pakistan has the highest [number of polio cases] among the three endemic countries worldwide.” — Elias Durry, emergency coordinator for polio eradication with the WHO in Pakistan

According to GPEI, immunisation drives reached some 7.5 billion children over the course of 17 years, not just in city centres but also in remote rural outposts. During that time, the region witnessed some 189 nationwide campaigns that delivered over 13 billion doses of the oral polio vaccine (OPV).

High-performing countries like Sri Lanka, the Maldives and Bhutan eradicated polio a decade-and-a-half ago while India, once considered a stubborn hotbed for the disease, clocked its last case in January 2011, thus bringing about the much-awaited regional ‘polio-free’ tag.

But further north, dark clouds in the shapes of Afghanistan and Pakistan blight Asia’s happy tale. Together with Nigeria, these two nations are blocking global efforts to mark 2018 as polio’s last year on this planet.

Celebrating success from Nepal to the Philippines

For countries like Nepal, home to 27 million people, the prevalence of polio in other nations in the Asian region threatens its hard-won gains in stamping out the disease.

Anxious to hold on to the coveted polio-free status, Nepal recently introduced the inactivated injectable polio vaccine (IPV) into its routine immunisation programme, the first country in South Asia to do so.

“While the oral polio vaccine has been the primary tool in polio eradication efforts, new evidence shows that adding one dose of IPV – given to children of 14 weeks by intramuscular injection – to the OPV [schedule], will maximise immunity to poliovirus,” Upreti explained.

He credits his country’s success to a high degree of social acceptance of the importance of child health in overall national development. “Female health volunteers play a key role in making the community understand why immunisation is important,” he said, adding that these volunteers provide services to some of the poorest segments of the population.

Between 1984 and 2011, Nepal’s immunisation coverage more than doubled from 44 to 90 percent. Ashish KC, child health specialist at UNICEF-Nepal, said that immunisation programmes didn’t stop even during the ‘people’s war’, a brutal conflict between the Maoists and the Nepali state that lasted a decade and killed 13,000 people.

“We understood that [we] needed a multi-sector approach, so service delivery was decentralised, and access was made easier,” KC told IPS. “Immunisation went beyond health, it became a part of [our] development plans.”

Such a mindset is also apparent in the Philippines, where the government recently decided to include the IPV into its national health plan, making it the largest developing country to do so.

According to a press release by Sanofi Pasteur, the multinational pharmaceutical company working closely with the Philippine government on its eradication initiatives, many Filipinos feel deeply about polio, having had a prime minister who was a survivor of the disease and lived with lifelong disabilities as a result.

“What’s striking about the Philippines is how strong a partnership there is around vaccinations,” said Mike Watson, vice president of vaccinations and advocacy at Sanofi Pasteur, referring to the unprecedented support shown by government officials and civil society at an event in Manila earlier this month that ended with several children receiving the IPV, the first of some two million children who will now be vaccinated every year.

“Getting the vaccine out to distribution centres on the smaller islands obviously poses a logistical challenge, but the Philippines has proven it’s really good at that,” Watson told IPS.

He added that strong networks of community health workers have enabled the Philippines to move into the “endgame”, the last stage in global eradication efforts that will require the 120 countries that aren’t currently using the IPV to introduce it by the end of 2016, representing one of the biggest and fastest vaccine introductions in history.

Over 5,700 km away from the Philippines, however, lives the lingering threat of polio, with thousands of children still at risk, and hundreds suffering from the debilitating results of the disease.

This past June, the World Health Organisation (WHO) recommended a travel ban on all those leaving Pakistan without proof of immunisation, in a bid to prevent the spread of polio outside the country’s troubled borders.

But absent swift political action, travel bans alone will not staunch the epidemic.

A 2012 Taliban-imposed ban on the OPV has effectively prevented over 800,000 children from being immunised in two years, health officials told IPS.

In 2014 alone, Pakistan has recorded 206 cases of paralysis due to wild poliovirus, the most savage strain of the disease. Last week, 19 new cases of this strain were brought to the attention of the authorities.

“Pakistan has the highest [number of cases] among the three endemic countries worldwide,” Elias Durry, emergency coordinator for polio eradication with the WHO in Pakistan, told IPS.

The situation is most severe in the northern tribal areas, where the Taliban has used both violence and terror to spread the message that OPV is a ploy by Western governments to sterilise the Muslim population.

In a tragic development, an 18-month-old baby girl named Shakira Bibi has become the latest in a long line of polio victims. Her father, Shoiab Shah, told IPS that “Taliban militants” were responsible for depriving his daughter of the OPV.

In an unexpected twist, a military offensive aimed at breaking the Taliban’s hold over northern Pakistan has given health officials rare access to hundreds of thousands of residents in the tribal areas.

With close to a million people from North Waziristan Agency fleeing airstrikes and taking refuge in the neighbouring KP province, community health workers have been delivering the vaccine to residents of displacement camps in cities like Bannu and Lakki Marwat.

Still, this is only a tiny step towards overcoming the crisis.

Altaf Bosan, head of Pakistan’s national vaccination programme, said 34 million children under the age of five are in need of the vaccine but in 2014 alone “about 500,000 children missed their doses due to refusals by parents to [defy] the Taliban’s ban.”

The government has now elicited support from religious leaders to convince parents to submit to the OPV programme.

“Islamic scholars from Pakistan, Saudi Arabia, Egypt [and] Afghanistan have issued a fatwa [edict], reminding parents that it is their Islamic duty to protect their children against disease,” Maulana Israr ul Haq, one of the signatories, told IPS.

According to the WHO, Pakistan is responsible for nearly 80 percent of polio cases reported globally, posing a massive threat to worldwide eradication efforts.

Mallika Aryal contributed to this report from Kathmandu, Kanya D’Almeida from Colombo and Ashfaq Yusufzai from Peshawar, Pakistan.

DW: “The Dangers of Fighting Polio in Pakistan | Journal”