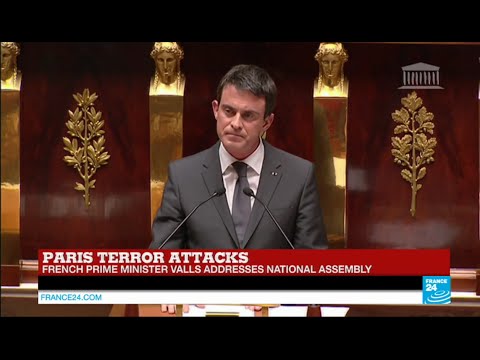 PARIS (IPS) – In the wake of last week’s attack on French satirical weekly Charlie Hebdo that left 12 people dead, a heated battle of opinion is being waged in France and several other countries on the issue of freedom of expression and the rights of both media and the public.

On one side are those who say that freedom of expression is an inherent human right and a pillar of democracy, and on the other are representatives of a range of views, including the belief that liberty comes with responsibility for all sectors of society.

“I’m worried when one talks about our being in a state of war,” said John Ralston Saul, the president of the writers group PEN International, who participated in a conference here Jan. 14 on “Journalism after Charlie”, organised by the United Nations Educational, Scientific and Cultural Organization (UNESCO).

“The war against fundamentalists isn’t going to work,” he said, arguing that education about freedom of expression has to start at a young age so that people know that “you have to have a thick skin” to live in a democracy.
“Ignorance is the biggest weapon of mass destruction, and if ignorance is the problem, then education is the answer” – Nasser David Khalili, Iranian-born scholar and philanthropist

PEN International, which promotes literature, freedom of expression and speaks out for “writers silenced in their own countries”, has strongly condemned the attacks on Charlie Hebdo, but the organisation is also worried about how politicians are reacting in the aftermath.

It called on governments to “implement their commitments to free expression and to desist from further curtailing free expression through the expansion of surveillance.”

In the Jan. 7 assault, two hooded gunmen gained access to the offices of Charlie Hebdo during an editorial meeting and opened fire, killing cartoonists, other media workers, a visitor and two policemen. The attackers were in turn killed by police two days later, after a huge manhunt in the French capital, where related attacks took place Jan. 8 and 9.

In the other acts, a gunman killed a young female police officer and later held hostages at a kosher supermarket, where police said he murdered four people before he was killed by the security forces.

Charlie Hebdo had been under threat since it republished controversial Danish cartoons of the prophet Muhammad in 2005, and in 2011 its offices were firebombed after an edition that some groups considered offensive and inflammatory.

Several critics accused the magazine of Islamophobia and racism, while the cartoonists defended their right to lampoon subjects that included religious leaders and politicians.

Before the attacks, the magazine’s circulation had been in decline, with readers apparently turned off by the crudeness of the drawings, but the publication is now being given wide moral and financial backing.

More than three million people of different ethnicities and faiths marched in Paris and other cities last Sunday in support of freedom of expression, including some 40 world leaders who joined French government representatives.

Among those marching, however, were officials from many countries active in “restricting freedom of expression”, according to PEN International and other groups. “This includes murders, violence and imprisoned writers on PEN’s Case List. These leaders, when at home, are part of administrations which are serious offenders,” said the organisation.

Saul told IPS that in the last 14 years, PEN International has noted a “shrinking in freedom of expression” in Western countries, “not only of writers and journalists but of citizens”. He said that the main problem for the organisation was impunity.

While everyone condemned the Charlie Hebdo attacks, some participants at the UNESCO conference argued that the media need to act more responsibly, especially as regards the portrayal of minority or marginalised communities.

As the debates took place, the latest edition of the magazine was being distributed, with another cover portraying Muhammad, this time holding a placard saying “Je Suis Charlie” and with the caption “All is forgiven”.

“The media must mediate and refrain from the promoting of stereotypes,” said French senator Bariza Khiari, in a segment of the conference debate titled “Intercultural Dialogue and Fragmented Societies”.

She said that most adherents of Islam were “quietly Muslim”, keeping their religion to themselves while respecting the secular values of the countries where they live. “But we have to recognise the existence and importance of religion as long as religion does not dictate the law,” she argued.

Khiari told IPS that the radicalisation of some French youth was taking place because of their hardships in France and the humiliation they faced on a daily basis. These include Islamophobia, joblessness and stops by the police.

The senator said she hoped that young people as well as the media would reflect on what had happened and draw some lessons that would result in positive advances in the future.

Annick Girardin, the French Secretary of State for Development and Francophonie, said that democracy meant that all newspapers of whatever belief or political learning could publish in France and that people have access to legal avenues. But she acknowledged that there was a failure of integration of everyone into society.

Regarding the protection of journalists, UNESCO Director-General Irina Bokova told IPS that “now was the time” for the United Nations and particularly UNESCO “not just to reaffirm our commitment to freedom of expression” but to consider other initiatives.

“Something that is probably not so well known to the general public is that we are constantly in contact with governments where these cases (attacks on journalists) have happened in order to remind them of their responsibilities and asking for information on the follow-up measures, and I would say that even if they are not spectacular, we’ve still seen more and more governments who are taking this seriously.”

Alongside journalists and cartoonists, the UNESCO conference included Jewish, Muslim and Christian representatives who called on the state to do more to educate young people about the co-existence of secular and religious values and ways to live together in increasingly diverse societies.

“Ignorance is the biggest weapon of mass destruction, and if ignorance is the problem, then education is the answer,” said Nasser David Khalili, an Iranian-born scholar and philanthropist who lives in London.

One topic overlooked however was the less discernible attacks on journalists, in the form of press conglomeration, cuts in income and a general lack of commitment to quality journalism.

“Freedom of expression has no meaning when you can’t find a job and when media is controlled by big groups,” said a former journalist who left the conference early.

France24: “Manuel Valls: “France is at war against terrorism, jihadism and radical islamism, not islam”