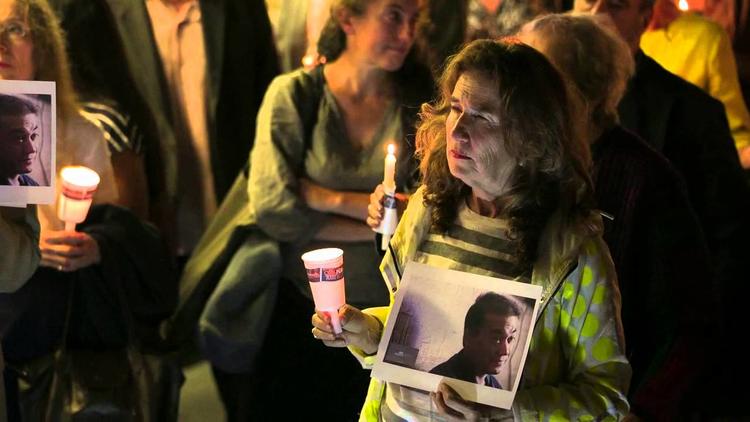 PEN America writes: “Global Chilling: The Impact of Mass Surveillance on International Writers is a new report demonstrating the damaging impact of surveillance by the United States and other governments on free expression and creative freedom around the world.

The report’s revelations, based on a survey of nearly 800 writers worldwide, are alarming. Concern about surveillance is now nearly as high among writers living in democracies (75%) as among those living in non-democracies (80%). The levels of self-censorship reported by writers living in democratic countries are approaching the levels reported by writers living in authoritarian or semi-democratic countries. And writers around the world think that mass surveillance has significantly damaged U.S. credibility as a global champion of free expression for the long term…”

EXCERPTS FROM THE PDF TEXT:

Eighty percent of Americans surveyed in a Pew Research Center poll released on Nov. 12, 2014, agree that Americans should be worried about the government’s monitoring of phone calls and internet communications.

Writers’ fear and uncertainty regarding surveillance is so widespread that several survey respondents expressed concern over submitting their responses to PEN’s survey—a concern also expressed by U.S. writers completing the October 2013 survey. Respondents to our international survey remarked: “As a final indication of the way the current “surveillance crisis” affects and haunts us, I should say that I have had serious misgivings about whether to write the above and include it in this questionnaire. It is clear to me from the information I have given you that my responses to the questionnaire, and presumably also therefore this statement, can be traced back to me. It may be that this information will be hacked by security agencies. Surely anyone who thinks thoughts like these will be in danger—- if not today, then (because this is a process) possibly tomorrow.” “Not to sound paranoid, but I hesitated—and thought to answer very honestly—these questions.” “Believe it or not, completing this survey made me apprehensive. How sad, living in a democratic country. How did we come to this!”

Ongoing revelations of the broad scope of government surveillance programs in many democracies continue to fuel fear over surveillance and its impact on free expression. One respondent noted: “What we have learned in the past couple of years and continue to learn, and what I had already suspected for many years, has cast a ghostly and intimidating cloak over many personal and professional communications.” Another respondent commented: “As the daughter of a Holocaust survivor, I have always felt blessed to live in the UK, a relatively safe and free country where mostly people can live without fear. However the revelations of Edward Snowden, [NSA] whistleblower have made me think about what ‘freedom’ means in the 21st century and what we are and have been prepared to ‘pay’ for it. I can no longer take for granted that my children will enjoy the same benefits as I have. I believe that most UK citizens are now regularly under levels of surveillance that make the Stasi seem amateurish. I may be paranoid, but I believe not…”

… Several respondents particularly noted their fear that communications data being collected and stored under mass surveillance programs today, even if not being utilized improperly by current officials, could be misused by future governments: “Stored and analyzed data today that does not have any immediate consequences on the life of a minority-language author like me, can later become extremely dangerous, following a change towards a much more totalitarian government.” “The government has put in place an apparatus of surveillance, supported by laws enabling them to go far into people’s private sphere, that can be easily misused if we had a power grab.”

Writers around the world are engaging in self-censorship due to fear of surveillance. Large numbers of writers in liberal democratic countries have engaged in various forms of self-censorship out of fear that their communications may be monitored by a government authority. PEN’s survey asked respondents whether they had engaged in different types of self-censorship in their written work, personal communications, and online activity. The survey findings demonstrate that increasing levels of surveillance in democracies are seriously damaging freedom of expression and thought, the free flow of information, and creative freedom around the world. Perhaps most remarkably, the levels of self-censorship reported by writers in Free countries are beginning to approach the levels reported by writers in Partly Free or Not Free countries (as classified by Freedom House).

Writers living in both Free and Not Free countries have avoided writing or speaking on a particular topic, or have seriously considered it, due to fear of government surveillance…

In comparison, 27% of U.S. writers surveyed by PEN in October 2013 have refrained from conducting internet searches or visiting websites on topics that may be considered controversial or suspicious, or seriously considered doing so. Similarly to those living in countries with histories of widespread state surveillance, indicating that these writers are not confident that their governments will not abuse the information collected under these surveillance programs. Writers are reluctant to speak about, write about, or conduct research on topics that they think The levels of self-censorship reported by writers living in liberal democracies are astonishing, and demonstrate that mass surveillance programs conducted by democracies are chilling freedom of expression among writers…

… This has a devastating impact on freedom of information as well: If writers avoid exploring topics for fear of possible retribution, the material available to readers—- particularly those seeking to understand the most controversial and challenging issues facing the world today—- may be greatly impoverished.

Some writers were scathing in their assessment of the damage the U.S. has done to its own constitutional values, and the long-term impact this will have around the world, with one respondent commenting: “The USA has fundamentally damaged the “Western” model of human and citizen’s rights, turning large parts of the world’s population (including the U.S. population) into right-less objects of surveillance and secret intelligence operations.”

When results are broken down by region, a similar pattern emerges. Large percentages of writers in regions that are largely democratic think the U.S. offers less protection for free expression than their home countries: 43% in Western Europe and 33% in the Five Eyes countries . . .

Several respondents noted the negative impact that mass surveillance has had on the U.S.’ reputation abroad, as well as that of its allies: “The unlawful secret intelligence activities of the U.S. and its closest allies strengthens and encourages totalitarian states and despots through its blatant harm to human and citizen’s rights. We are becoming hostages of the self-destruction of the ‘western’ value system.” “This has seriously damaged the reputation of the U.S. and the UK governments and their security agencies, and, what is probably much worse, led to a generalized cynicism about the U.S. and UK and their policy motives and current cultural and political climates.”

On the basis of these findings as well as those contained in PEN’s October 2013 Chilling Effects report on the impact of surveillance on U.S. writers, PEN urges the U.S. government to take immediate action to reform mass surveillance programs. Writers’ accounts of the impact of mass surveillance sound a loud alarm bell about the pervasive damage that intrusive surveillance is wreaking on privacy and unfettered expression world- wide. U.S. mass surveillance has badly damaged freedom of expression around the world, and has undercut the United States’ credibility as a global advocate for free expression. Under both the First Amendment to the U.S. Constitution and the International Covenant on Civil and Political Rights, the U.S. is obligated not to infringe upon the free expression rights of its own people…

2. suspending the wholesale, unwarranted collection of telecommunications and digital metadata, also pending the restoration of privacy and due process protections;

3. reviewing the dragnet monitoring and collection of international communications and bringing such programs into compliance with established human rights protections, including privacy and due process guarantees;

4. making the right to be free of unwarranted surveillance a cornerstone of U.S.surveillance policy and practice; and 5. implementing stronger oversight measures for U.S. mass surveillance programs, and greater transparency regarding the full scope of those programs, including the publication of all legal and policy documents that include legal interpretations of U.S. laws and orders on surveillance, with only those redactions that are truly necessary to protect legitimate national security interests . . .

In particular, the provisions of the Patriot Act used by the government to collect phone and other personal records of Americans in bulk should be allowed to expire on June 1, 2015 if appropriate reforms have not been enacted. Reform measures should also include full protections for the rights of non- U.S. nationals by reforming or ending surveillance programs carried out under Section 702 of the FISA Amendments Act and Executive Order 12333: As the United Nations has repeatedly stated, the International Covenant on Civil and Political Rights, to which the U.S. is a party, requires it to respect the human rights to privacy and free expression of all individuals affected by its surveillance programs, regardless of whether they reside in U.S. territory.

To reaffirm the U.S. government’s commitment to preserving and protecting the privacy necessary for intellectual and creative freedom, reform measures should include: suspending the dragnet monitoring and collection of domestic and international communications of U.S. citizens pending the restoration of constitutionally.