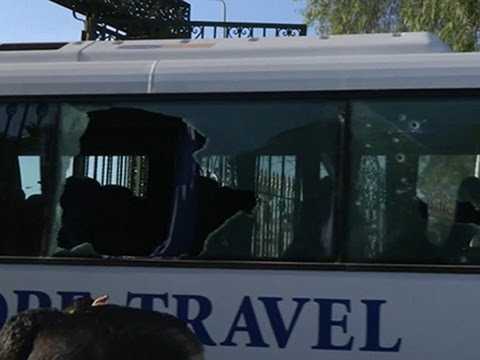 The despicable attack in the Bardo Museum in Tunis on March 18, 2015, killing at least 19 foreign tourists and Tunisians, will test efforts by the Tunisian authorities to build a rights-respecting society, Human Rights Watch said today. No one has yet claimed responsibility for the assault at the museum, much visited by tourists because of its rich archaeological collection.

“Today’s murderous assault targeted not only tourists and Tunisians, but also the tolerant and rights-respecting society that Tunisians have been struggling to build over the last four years,” said Eric Goldstein, deputy Middle East and North Africa director. “Tunisian authorities should show through their response that their commitment to the rule of law is unshaken.”

The assault on the Bardo Museum, adjacent to Tunisia’s parliament, was the first mass attack on civilians in Tunisia since gunmen killed people in the Ghriba Synagogue on the island of Jerba on April 11, 2002. Al-Qaida claimed responsibility for the 2002 attack.

Islamist armed groups have targeted security forces in numerous attacks since 2011, killing a total of more than 40 people. Two leftist politicians were killed in separate incidents in 2013.

News reports of the March 18 attack, based on accounts from witnesses, said that between two and five armed men opened fire on tourists in the parking lot of the museum at about noon. The gunmen then entered the museum and took hostages. At about 3 p.m., the Interior Ministry announced that security forces had killed the gunmen. At least 19 people were killed in all, officials said, including six people killed inside the museum in addition to the gunmen. At least 17 people were wounded. The casualties included mostly foreign tourists and two Tunisians.

“Our thoughts are with the victims and their loved ones, and with the Tunisian people,” Goldstein said. “Tunisian authorities should ensure that all those responsible for this attack are brought to justice.”

Associated Press: ” More Than 20 Killed in Attack in Tunisia Capital”