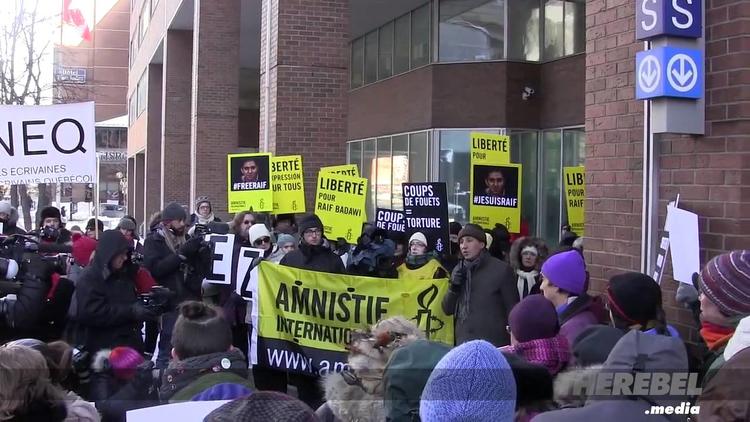 UNITED NATIONS, (IPS) – While technology has given millions greater freedom to express themselves, in the world's 10 most censored countries, this basic right exists only on paper, if at all. According to a report by thereport by the New York-based Committee to Protect Journalists (CPJ), which will be officially released at U.N. headquarters on Apr. 27, the worst offenders are Eritrea and North Korea, followed by Saudi Arabia, Ethiopia, Azerbaijan, Vietnam, Iran, China, Myanmar and Cuba.

Courtney Radsch, the advocacy director of CPJ, told IPS, “These countries use a wide range of traditional tactics of censorship, including jailing of journalists, harassment of journalists, prosecuting local press and independent press.”

According to CPJ’s 2014 prison census, Eritrea is Africa’s leading jailer of journalists, with at least 23 behind bars – none of whom has been tried in court or even charged with a crime. Among the other most censored countries on the list is China with 44, Iran with 30, and 17 jailed journalists in Ethiopia.

In countries where governments jail reporters regularly for critical coverage, many journalists are forced to flee rather than risk arrest, said the report.

Africa researcher at Human Rights Watch (HRW), Felix Horne, told IPS, “If you are a journalist in Ethiopia, you are faced with a stark choice: either you self-censor your writings, you end up in prison, or you are exiled from your country.”

According to the report Journalism is not a Crime, released by HRW in January 2015, over 30 journalists fled Ethiopia in 2014. Six of the last independent publications have shut down and there are at least 19 journalists and bloggers in prison for exercising their right to freedom of expression.

In both Ethiopia and Eritrea, anti-terrorism laws have been used to effectively silence dissenting voices and to target opposition politicians, journalists, and activists, Horne said.

“This law is the ultimate threat for Ethiopian journalists and its use against bloggers and journalists has led to increased rates of self-censorship amongst what is left of Ethiopia’s independent media scene.”

Traditional forms of censorship are going hand in hand with new subtle, modern, and faster strategies such as internet restrictions, regulation of media and press laws, and the limitation of mobile devices.

Radsch underlined, “The situation has gotten worse. We have seen a historical level of imprisonment of journalists and an increasing expansion of censorship (which) developed more sophisticated forms, including pre-publications censorship, restricted access to info content, and content regulations.”

The CPJ report says that in order to avoid an “Arab Spring” in Eritrea, the authorities have strongly limited internet access, with no possibility of gathering independent information.

Radsch highlighted that gathering public information through local internet access – the right to broadband – is recognised by the U.N., as a fundamental human right. But, in Eritrea and North Korea, as well as Cuba, the internet is essentially not permitted.

“There are virtually no phones in Eritrea and there are limited phones in North Korea, where they can get in through smuggling networks from China,” she said, adding that these kind of restrictions are applied not only to reporters, but to the general public more broadly.

Other countries, including Saudi Arabia, China, Vietnam and Azerbaijan, have internet, but its access is strongly limited through the blocking of web content, restrictive access regulations, and persecuting those who violates the rules, added Radsch.

Censorship in the 10 listed countries affect mainly local journalists, apart from the case of Egypt where foreign reporters have been imprisoned, said Radsch. But censorship is also applied to foreign correspondents in other ways, such as denying entry visas to those countries or by deporting them.

The previous two lists of most censored countries compiled by CPJ date back to 2006 and 2012.

Radsch said, “One of the reasons why we cannot publish these lists every year is because censorship tactics have not changed much from year to year. In general, countries that were on our list in previous years continue to be on the list. But the forms of censorship have changed.”

To keep track of government data is difficult due to their lack of transparency, explained Radsch.

Although the international community is aware of human rights violations in repressive countries, concrete action to protect freedom of expression is still lacking.

Horne underlined that in Ethiopia, for instance, despite its dismal human rights record, the country continues to enjoy significant support from Western governments, both in relation to Ethiopia’s progress towards the Millennium Development Goals (MDGs) and its role as a regional peacekeeper.

“But ignoring Ethiopia’s horrendous human rights situation and the internal tensions this is causing may have long-term implications for Western interests in the Horn of Africa,” Horne concluded.

CPJ is also calling on the international community to ensure that anti-terrorist laws are not used illegitimately by states to strengthen censorship even further against the press.