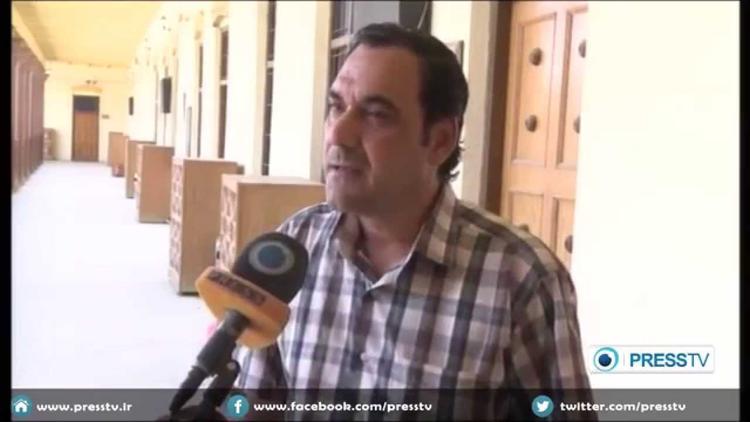 The key to long lasting victory in northern Iraq is the loyalty of it’s Sunni Muslim tribes. Both the Iraqi Kurdish and the extremists are starting new flirtations with the tribal leaders of Ninawa. But how genuine are these suitors?

At a recent meeting in Ninawa, one tribal leader told the gathered audience that what the President of Iraqi Kurdistan had said was very clear to him. Massoud Barzani told his people this, he said: You are part of us and we won’t allow any of you to have a foot in both camps. If you have one foot in the Kurdish camp and one foot in the extremist camp, then inevitably one of your legs will be cut off.

The leader was speaking at a meeting organised by Muhyiddin Mezouari, a senior member of one of Iraqi Kurdistan’s ruling parties, the Kurdistan Democratic Party, which Massoud Barzani heads. Mezouari was visiting villages populated by the Arab al-Haddadin tribe to hear their grievances – their areas were being protected by Iraqi Kurdish military even though the land was not part of the semi-autonomous northern region. The tribal leader then went on to suggest his town be made part of the semi-autonomous region of Iraqi Kurdistan, something that would have been considered outrageous in the past.

At the same time, at another, totally different meeting organised by the extremist group known as the Islamic State, which took control of parts of Ninawa province last June, another tribal leader was being quoted: “We won’t accept the entry of either the Shiite Muslim militias or the Iraqi Kurdish forces into Mosul,” he said at the meeting of tribal leaders in Mosul. “We will fight alongside the extremists to deny them. Just wait and see how fierce we will be in battle.”

And so it is slowly becoming clear that the presence of the Islamic State, or IS, group is also splitting up Arab tribes in Ninawa. Relationships between tribal groups and ethnicities have never been that simple in Ninawa anyway. It is one of Iraq’s most populous provinces and is characterized by its ethnic and religious diversity; additionally it shares borders with Syria, which also has an impact on local loyalties.

One of the biggest questions in Ninawa now is what will happen to the Arabs in areas that the Iraqi Kurdish military has been able to liberate from the IS group. In parts of the Ninawa Plain, where the ethno-religious Yazidis and Shabaks live as well as Iraq’s Christians, the Iraqi Kurdish military have been able to reclaim territory from the IS group after first ceding it.

But Iraqi Kurdish forces have been accused of a variety of retaliatory human rights abuses in Arab-majority areas where they managed to push the IS group out.

The advocacy organisation, Human Rights Watch, says that they have documented instances where Arabs from inside liberated areas have not been allowed to return. The organisation says that Iraqi Kurdish forces are discriminating against them. The Iraqi Kurdish government denied the accusations, saying that their forces were simply acting for security’s sake.

“Local Arabs are being displaced and prevented from cultivating their land,” says Hajam al-Rakan, one of the leaders of the Shammar tribe who has been very critical of the behaviour of Iraqi Kurdish military. “The Kurds are blackmailing the Arabs, promising them they will allow them to return back to their houses if they declare their support for the annexation of their areas to Iraqi Kurdistan.” Basically it’s a land grab, he suggests.

“In anticipation the Kurds have already started to form new militias made up of the sons of the tribes,” al-Rakan told NIQASH in a telephone interview from Jordan. “The Kurds won’t allow the formation of any military force that is not under their control. And the sons of the three tribes from which the brigades are being drawn – the Shammar, Jibour and Juhaish tribes – are racing to register their names to join because they don’t want to be accused of being allied with the IS group. If they’re accused of this, they know they would eventually be arrested or expelled from the area.”

The Arab leaders in Ninawa seem to have come to the conclusion that the federal government is not about to come to their aid and that they are more likely to be under the control of Iraqi Kurdish security forces. And it seems that they’re getting closer to Iraqi Kurdish leaders, organising meetings with Barzani and in some cases, becoming so enthusiastic that they’ve already volunteered that their areas be annexed and made part of Iraqi Kurdistan.

However inside the city of Mosul, the capital of Ninawa, which has also become something of an Iraqi capital for the IS group who took control of the metropolis in June last year, things are going quite differently.

When the IS group first took control of Mosul and its surrounds, the organisation did not consult with local tribal leaders or offer them any kind of role. But now that the extremist group is under pressure – having suffered defeats in other parts of the country – they have started taking a different approach to the local leaders. They too seem to have realized that the tribes are key to success.

Recently the group released a propaganda film called The Tribes of Ninawa Renew Their Pledge And Prepare for Battle. In the movie about 40 tribal leaders wearing traditional clothing are seen gathered together in Mosul with the IS group’s leadership.

The IS member responsible for relations with the tribes then reads out a list of around 30 different tribes and says they have all pledged allegiance until death to the head of the IS, Abu Bakr al-Baghdadi. After this fighter’s speech, a number of the tribal leaders give their own speeches, declaring they’re ready to fight any force that tries to enter Mosul.

However there seems to be some trickery going on. “I don’t know who most of them are and most of the speakers in this video are not even tribal leaders,” says Abdullah Hamidi Ajil al-Yawar, one of the most prominent heads of the Shammar tribe, who currently lives in Dohuk inside the Iraqi Kurdish region. “These people are forced to attend such meetings and they are told what they have to say. It’s hardly surprising though, they are – like all the people of Mosul – prisoners of the IS group.”

In fact al-Yawar says that he and his people – especially those living in the Rabia area which borders Syria – coordinate with the Iraqi Kurdish leaders and military and that they will never, under any circumstances, fight with the IS group.

Interestingly enough, this current search for favour from the tribes of Ninawa may also have some long lasting political impact. After 2003, the tribes here didn’t have much military power – they were mostly important because of their social and political power; basically, their ability to rally voters and add electoral weight. But that could all be changing now. The Iraqi government will need the support of the tribes in Ninawa after the IS group has been expelled from the province, not just to help them fight the extremists but also to help control their own neighbourhoods after the extremists are gone.