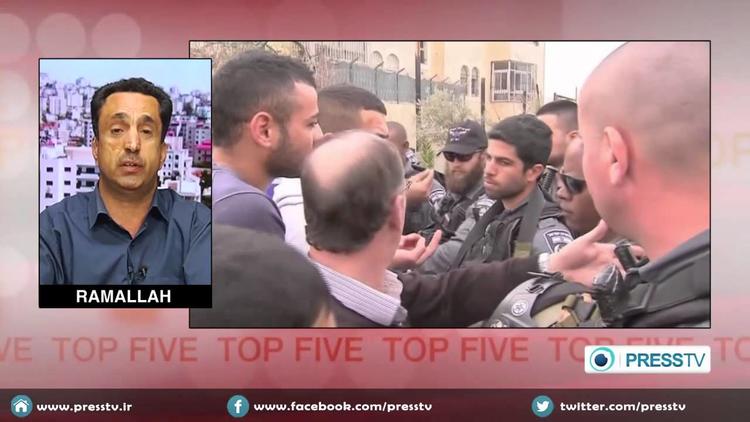 (Jerusalem) – Separate Israeli Supreme Court decisions issued on May 5, 2015, open the way for state authorities to forcibly evict residents of two Arab villages from their homes. The inhabitants of both villages, one in Israel and the other in the occupied West Bank, have previously been displaced following actions by Israeli authorities.

“It is a sad day when Israeli Supreme Court decisions provide legal cover for forced evictions, as in the case of these two villages,” said Sarah Leah Whitson, Middle East and North Africa director. “The Israeli government should let these communities stay where they are, not force them to move yet again.”

Between 750 and 1,000 Palestinian citizens of Israel who live in Umm al-Hiran, a village in Israel’s southern Negev desert, face removal. Israel relocated the villagers there under a 1956 agreement permitting them to live there in exchange for them dropping claims to land from which they say Israeli forces expelled them in 1948. Israeli authorities have refused to recognize the village, to supply basic services like water or electricity, or to develop a zoning plan to allow residents to obtain building permits. In 2009, Israeli authorities approved plans to use the land to build a Jewish community.

The Supreme Court ruled that the land belongs to the state and that it is entitled to withdraw permission for Umm al-Hiran inhabitants to live there, although the court rejected the government’s claim that the residents are squatters. It also ruled that replacing the village with a neighborhood “with institutions intended to serve the religious Jewish community” would not be discriminatory since, in principle, the Bedouin Umm al-Hiran residents could purchase homes there. Adalah, a nongovernmental legal center that advocates for Arab minority rights in Israel, represented the Umm al-Hiran villagers.

Salim Abu Qiani, a resident of Umm al-Hiran who spoke to Human Rights Watch after the Supreme Court ruling, urged Israel to hold to its previous agreement, allow the villagers to stay put, and recognize the village, or allow them to return to their original lands. “We don’t have a problem living next to anyone but they cannot move us by force to bring new people,” he said.

In its other judgment, the Supreme Court refused to freeze demolition orders for Susya, a Palestinian village in the south Hebron Hills in the West Bank with 340 residents. The villagers built homes on their own agricultural land in 1986 after Israel declared the village’s original location nearby an archeological site and evicted them from caves that served as their homes.

In 2013, the Israeli Civil Administration, a military department with authority over land use in the West Bank, rejected a zoning plan that would have given villagers legal permission to build and extend their homes. Its rejection was based in part on the Israeli government’s contention that the distance of the village from the nearest urban center would keep villagers, and particularly women, trapped in a “cycle of poverty,” despite the fact that the center in question is less than three kilometers away.

The Susya villagers are challenging the Civil Administration’s rejection of the plan in the Supreme Court and sought to freeze the demolitions in the meantime, but the Supreme Court ruling – delivered in just three sentences – allows the authorities to demolish the villagers’ homes without waiting for the outcome. The court decided that the Israeli authorities’ stated willingness to “examine the possibility of promoting an alternative regional plan” in relation to the villagers was sufficient to allow them to proceed.

Nasar Mahmoud Nawaja, a 33-year-old resident of Susya, told Human Rights Watch after the Supreme Court ruling that he and other villagers are now “living in fear, we can’t sleep. [At any moment] they can come to expel us from our land, this is a nightmare.”

A Jewish settlement – also called Susya – which includes “outposts” built without Israeli government authorization, is now located near the archeological site, and includes at least 23 houses of Israeli settlers built on privately owned Palestinian land, according to Regavim, an Israeli pro-settlement organization lobbying for expropriation of such land. But the residents of the Palestinian village cannot build or extend their homes lawfully on the land they own because Israeli authorities have refused to prepare a zoning plan for the area.

Qamar Mashriki Assad, a lawyer from Rabbis for Human Rights, which acts on behalf of the Palestinian villagers of Susya, told Human Rights Watch that Regavim petitioned the Israeli Supreme Court in 2011 to demolish the Palestinian village. The petition came after Rabbis for Human Rights filed a case the previous year urging the Supreme Court to restrain alleged settler violence that prevented Palestinians from Susya from accessing their farmland. The court declared 12 percent of the residents’ land “closed to Israelis,” but the villagers allege that they continue to face settler violence on their remaining lands.

Human Rights Watch has previously documented how, in both the Negev and the West Bank, Israel authorities apply zoning laws in a discriminatory manner that frequently restricts the ability of Arabs to build lawfully. Around 80,000 Bedouin live under constant threat of demolition in 35 villages that Israel does not recognize in the Negev, under conditions similar to Umm al-Hiran.

Human Rights Watch has also found that Israeli authorities’ zoning and demolition policies in the West Bank, in some cases, can effectively amount to forcible transfer.

The International Covenant on Economic, Social, and Cultural Rights (ICESCR), which Israel ratified in 1991, requires the Israeli authorities to respect the right to adequate housing. The International Court of Justice has held that Israel’s human rights obligations extend to the occupied territories. The Committee responsible for interpreting the ICESCR has made clear that the right to adequate housing includes protection from involuntary removal from one’s home by the state (known as “forced eviction” under human rights law) unless the state can show it is a reasonable and proportionate step that complies with other human rights principles. The fact that an eviction decision is subject to a form of legal review does not necessarily render it permissible under human rights law. International human rights law prohibits countries from discriminating against minority groups, including with regard to land and housing rights. Governments must demonstrate that any differential treatment negatively affecting a group is proportionate to a legitimate aim. In the case of the residents of Susya and Umm al-Hiran, the forced relocation decisions are discriminatory since they are based on zoning law decisions that treat Arab inhabitants differently from Jewish ones in a manner that cannot be justified by a legitimate aim.

If Israel carries out its plan to evict Palestinians from Susya it would be a grave breach of its obligations under the 1949 Geneva Conventions, and the individuals responsible could be prosecuted for war crimes. The Fourth Geneva Convention prohibits “[i]ndividual or mass forcible transfers” unless required for their own safety or imperative military reasons. No Israeli authority, including the Supreme Court, has justified this displacement as being a temporary measure for the protection of the residents themselves or for imperative military reasons.

“The court decisions in the Umm al-Hiran and Susya cases ignore international law in upholding discriminatory evictions by the Israeli authorities in Israel and the occupied territories,” Whitson said. “The Israeli government should fundamentally change its policies so that Arab communities have the same opportunities for lawful construction as Jewish citizens.”