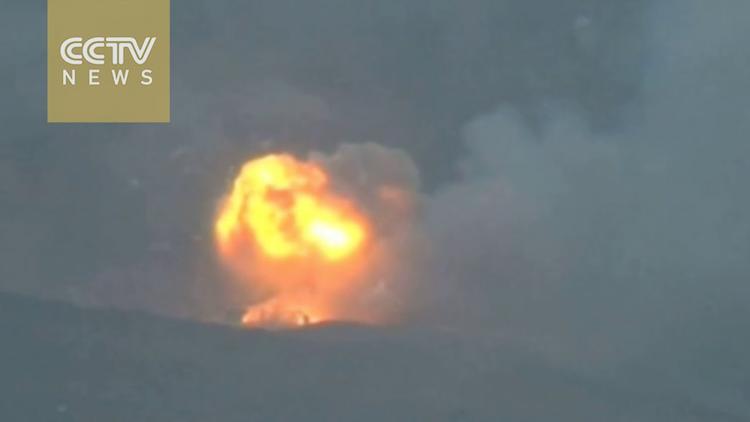 (Beirut) – The Houthi armed group in Yemen has intensified its recruitment, training, and deployment of children in violation of international law. Since September 2014, when the Houthis, also known as Ansar Allah, took control of Yemen’s capital, Sanaa, they have increasingly used children as scouts, guards, runners, and fighters, with some children being wounded and killed.

The Houthis and other armed groups using child soldiers in Yemen should immediately stop recruiting children, including “volunteers,” and release all children in their ranks, Human Rights Watch said.

“As fighting rages in Yemen, the Houthis have ramped up their recruitment of children,” said Fred Abrahams, special adviser. “Commanders from the Houthis and other armed groups should stop using children or risk prosecution for war crimes.”

In addition to the Houthis, Islamist and tribal militias and armed groups such as Al-Qaeda in the Arabian Peninsula (AQAP) are deploying child soldiers, Human Rights Watch said.

According to UNICEF, children with the Houthis and other armed groups comprise up to a third of all fighters in Yemen. Armed groups recruited at least 140 children between March 26 and April 24, 2015, alone, the UN agency said.

In recent months, journalists in Yemen have reported seeing boys between 14 and 16 with rifles and handguns fighting for Houthi forces and other armed groups. One described seeing a 7-year-old boy at a Houthi checkpoint in Sanaa with a military assault rifle. Two local activists who follow the issue in the city of Amran, 50 kilometers northwest of Sanaa, told Human Rights Watch they saw up to 30 child soldiers at a Houthi center there, including some as young as 12.

In March in Amran, Human Rights Watch interviewed the two activists, a Houthi recruiter, and seven boys, the youngest 14.The boys said they had fought or performed other military tasks for the Houthis over the past year. All of the boys said they had volunteered but four subsequently left the Houthis for various reasons. Two had been wounded in the fighting.

The recruiter, in his late 30s, told Human Rights Watch that he had been actively recruiting children for the Houthis in Amran for more than a year. Children without military training do not participate in active combat, he said, but mostly serve as guards or carry ammunition and food to front-line fighters. They also retrieve killed and wounded fighters and provide first aid.

The recruiter said he was planning to return to the front lines with two child fighters, both 14, including his nephew. The nephew told Human Rights Watch he had joined the Houthis in May 2014 and was currently an armed guard. He was shot in the chest last July during fighting between the Houthis and the Yemeni army’s 310th Brigade, but the wound had healed.

The interviewees told Human Rights Watch that the Houthis first give children ideological and Zaidi Shia Islamic training for at least a month, followed by military training at one of their bases across the country. The children said they were not paid but were given food and qat, a plant widely chewed in Yemen as a mild stimulant. Most of them brought their own weapons – military firearms are common among Yemeni families – but were provided ammunition.

Ibrahim, 16, said his family encouraged him to join the Houthis and gave him a Kalashnikov assault rifle. The Houthis provided ammunition. Ibrahim fought for the Houthis when they entered Amran in July and suffered a bullet wound to the leg. He now joins patrols that accompany Houthi fighters moving between Amran and nearby Sufyan. Five 16-year-old friends also are with the Houthi forces, Ibrahim said.

The Houthis have a long record of using child soldiers, which Human Rights Watch has reported on since 2009. In November 2012, the head of the Houthis, Abdul Malik Badr al-Deen al-Houthi, pledged to work toward stopping his group’s use of child soldiers.

Since September, when the Houthis took control of Sanaa, Human Rights Watch has seen dozens of armed Houthi fighters who looked younger than 18 working at checkpoints in the city and in Amran governorate. Two armed teenagers were deployed outside the Human Rights Ministry in December.

According to the annual list of violations against children in armed conflict compiled by the UN secretary-general, published most recently last May, Yemen’s national armed forces, including the now dismantled First Armored Division, the AQAP, and other armed groups have used children in their forces.

In 2014, the UN reported a total of 156 boys ages 9 to 17 recruited and used in the armed conflict, 140 of them by the Houthis. The boys were observed manning checkpoints, on armed vehicles and guarding buildings. Due to the difficulties of verification, the UN was able to confirm only a fraction of actual cases.

On May 14, 2014, the Yemeni government signed an action plan with the UN to end recruitment of children by state forces, aimed to achieve the withdrawal of all children from government security forces, their reintegration into their local communities, and an end to further recruitment. It also called for Yemeni law to be brought into conformity with international norms banning the use of child soldiers. At present, Yemeni law sets 18 as the minimum age for official military service.

The outbreak of major hostilities put the action plan on hold. In January, Houthi forces overthrew the government of President Abd Rabbu-Mansour Hadi and captured numerous towns. Heavy fighting continues in the southern port city of Aden between the Houthis and the Popular Resistance Committees, consisting of fighters belonging to al-Hirak, which advocates the secession of southern Yemen, and a small number of military units loyal to the former president.

On March 26, a Saudi-led coalition including Bahrain, Egypt, Jordan, Kuwait, Morocco, Qatar, Sudan, and the United Arab Emirates began airstrikes across Yemen against Houthi forces. According to UNICEF, as of April 24, at least 115 children had been killed and 172 wounded in airstrikes and ground fighting. Up to 30 schools had been damaged or occupied by parties to the conflict.

The Optional Protocol to the Convention on the Rights of the Child on the Involvement of Children in Armed Conflict, to which Yemen is a party, states that non-state armed groups “should not, under any circumstances, recruit or use in hostilities persons under the age of eighteen.” The protocol also sets 18 as the minimum age for any participation in armed conflict by national armed forces.

The recruitment or use of children under 15 by parties to a conflict is a war crime under international law, including the Rome Statute of the International Criminal Court. Commanders who knew or should have known of such abuses and took no effective action can be held criminally liable as a matter of command responsibility.

The Houthi leader, Abdul Malik Badr al-Deen al-Houthi, should carry out his 2012 pledge to end the use of child soldiers, Human Rights Watch said. Other armed groups in Yemen should also ban the recruitment and use of children, and demobilize all those under 18 serving as fighters or in support roles. Governments providing financial or military aid to the Houthis and other Yemeni armed groups should call on these groups to ban the use of children and to verify the age of all recruits.

“All armed groups in Yemen should reject sending children to battle or using them to support fighting,” Abrahams said. “The cost to these young people – the trauma, the injuries, and the lost schooling – is huge, as is the cost to Yemen’s future.”