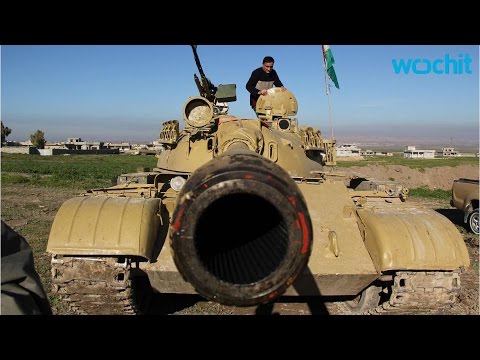 As Iraqis and Syrians fight, Kurds are holding elections and drafting laws. After Kurds also won in Turkish elections, nationalists hope the 100th birthday of the Sykes-Picot may be its last and borders will be redrawn.

As Turkish voters went to the polling booths, Iraq’s Kurds were watching eagerly. The result, which saw the pro-Kurdish Peoples’ Democratic party, or HDP, win enough seats to enter the Turkish Parliament and, in effect, give them the potential to act as kingmakers as the next government is formed there, made Iraq’s Kurds happy too. The HDP, a left leaning coalition made up of Kurds and liberals, managed to get past the 10 percent threshold for entering parliament, achieving more than 12 percent of the vote and around 80 seats in the 550-strong Turkish Parliament.

The entry of Turkey’s Kurds into the serious political fray will further impact the cause of Kurds in Turkey and in the region in general over the next decade. In fact, despite all of the conflict and crisis in the Middle East, some might even go so far as to suggest that the Kurds in Syria and Iraq, and now Turkey, are making the best out of a number of bad situations. In Syria and Iraq, Kurds are reaping the benefits thanks to instability and war; in Turkey, they are benefiting from democracy.

And the bloody conflicts in Iraq and Syria don’t look likely to end anytime soon – which makes Kurdish analysts believe that Kurdish power in the region can only continue to grow.

While chaos reigns and bombs drop throughout the rest of Syria, the Syrian Kurdish region in the north east of the country called Rojava was holding local council elections. There was a very high voter turnout. The people in this area also apparently approved of a new set of personal status laws, which differ from those in effect in the rest of Syria; the laws in Rojava are pro-women, granting both sexes equal rights, amending inheritance laws and banning polygamy.

Meanwhile in Iraq, while the federal government is focussed on fighting the extremist group known as the Islamic State, which has claimed control over various parts of Iraq, the country’s Kurds in the north are shoring up support and power in their semi-autonomous region. They are working on a draft of their own Constitution – one that will be different from Iraq’s – and appear to be trying to move toward even more economic independence. Outside of Iraqi Kurdistan, a war is being waged against the extremist group that is deepening existing social rifts between sects and ethnic groups.

And in Turkey, it appears that the Kurdish there have become a major force for liberalism and progress. “It is one of the biggest ironies of Turkish political history that the Kurds – once belittled by the elites as a “backward culture”- have become the major progressive force in the country,” Turkish author Elif Shafak wrote in an op-ed for Time magazine after the Turkish elections. “Today many Turkish liberals, democrats, intellectuals, secularists and Kemalists are happy that the Kurds exist. It has been a massive mental shift!”

“The party’s victory in Turkey is going open a political corridor for the Kurdish cause that runs through Erbil, Diyarbakir, Ankara and Brussels,” notes Iraqi Kurdish MP, Kawa Mohammed. “That is bound to have an impact on political equations in the area and it will transform the Kurds into important players. If the Kurds are careful, their vision will mature.”

After the Turkish elections, many in Iraqi Kurdistan also pointed out that next year marks the 100th anniversary of the signing of the Sykes-Picot agreement, which basically split the former Ottoman Empire up between the French and the British, and formed the modern foundations of Syria and Iraq. The Kurds who lived in those areas did not get their own country and to this day they are the largest ethnic minority in the world without their own country. Considering the changes currently underway in Syria and Iraq, some have suggested that maybe the Sykes-Picot’s 100th birthday will be its last. Senior Iraqi Kurdish politician, Masrour Barzani, has even gone so far as to say that the Kurdish “are victims of Sykes Picot”.

One of these is Pashko Najmuddin, a Kurdish writer and analyst who lives in Sweden. “Countries created as a result of the Sykes-Picot were artificial. Which is why the Kurdish region in Iraq will not remain a region,” he argues. “Right now it is actually an independent state, albeit an undeclared one. The threads that connect Iraqi Kurdistan to Iraq are being cut, one by one.”

The only part of what would eventually be a greater Kurdistan that is missing out on the changes sweeping the region is that based in Iran. However Najmuddin believes it is only a matter of time before this changes too; there are between 6 and 8 million Kurds living in Iran.

So far, Kurdish interests in Turkey, Iraq and Syria have not caused any negative fallout in the West. Optimistic Kurds believe that if things continue to develop in the way they are, that the region’s Kurdish will become increasingly powerful over the next decade. The fog of war will dissipate in Iraq and Syria but by then the Kurds in those three countries will be stronger, safer and more independent.

A hundred years ago the Kurdish people were traded by the colonial powers, pawns to balance out new borders and ownership of oil-producing lands. In the next decade, the Kurdish people will play a similar role, only this time it is they who are in charge.