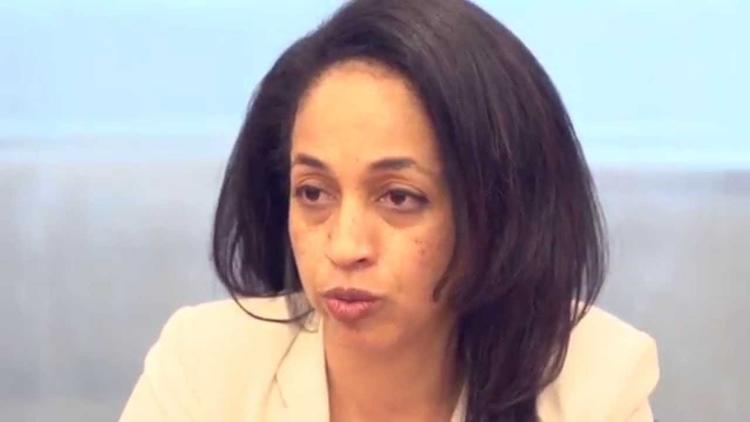 UNITED NATIONS (IPS) – Although the United States as a whole is becoming more ethnically diverse, newsrooms remain largely dominated by white, male reporters, according to a recent investigation by The Atlantic magazine.

While the percentage of minority groups in the U.S. has been steadily increasing, reaching a recent total of 37.4 percent of the U.S. population, the number of minority journalists, by contrast, has stayed at a constant level for years.

This is particularly true for the share of minority employment at newspapers, which has been staggeringly low – between 11 and 14 percent for more than two decades, as illustrated in a graphic by the Pew Research Center and the American Society of News Editors (ASNE).

Many say it is a major problem for a field that strives to represent and inform a diverse public, and worrisome for a medium that has the power to shape and influence the views and opinions of mass audiences.

“Journalism must deliver insight from different perspectives on various topics and media must reflect the public they serve. The risk is that by limiting media access to ethnic minorities, the public gets a wrong perception of reality and the place ethnic minorities have in society,” Pamela Morinière, Communications and Authors’ Rights Officer at the International Federation of Journalists (IFJ), told IPS.

Under-representation of minority journalists has negative effects on the quality of reporting.

Speaking to IPS, Alfredo Carbajal, managing editor of Al Dia (The Dallas Morning News) and organiser for the ASNE Minority Leadership Institute, said, “The consequence [of ethnic minority groups’ under-representation] is that news coverage lacks the perspectives, expertise and knowledge of these groups as well as their specific skills and experiences because of who they are.”

ASNE President Chris Peck added: “If newsrooms cannot stay in touch with the issues, the concerns, hopes and dreams of an increasingly diverse audience, those news organisations will lose their relevance and be replaced.”

Commenting on the underlying reasons, both Carbajal and Peck underscored the lack of opportunities for minority students compared to their white counterparts.

“Legacy journalism organisations have relied too long on an established pipeline for talent. It’s a pipeline dominated by white, mostly middle class and upper middle class connections – schools, existing journalism leaders, media companies. It’s something of a self-perpetuating cycle that has been slow to evolve,” Peck said.

This argument is echoed in a recent analysis by Ph.D. student Alex T. Williams published in the Columbia Journalism Review. Confronted with the claim that newspapers cannot hire more minority journalists due to the lack of university graduates, Williams took a closer look at graduate and employment statistics provided by Grady College’s Annual Graduate Surveys.

He found that minorities accounted for 21.4 percent of graduates in journalism or communication between 2004 and 2013 – a number that is “not high” but “still not as low as the number of minority journalists working in newsrooms today.”.

The more alarming trend, he says, is that only 49 percent of graduates from minority groups were able to find full-time jobs after their studies. Numbers of white graduates finding employment, by contrast, amounted to 66 percent. This means the under-representation of ethnic minorities in journalism must be traced back to recruitment rather than to graduation numbers, he concluded.

A main reason why minority graduates have difficulty finding jobs, according to Williams, is that most newsrooms look for specific experiences such as unpaid internships that many minority students cannot afford. Also, minority students are more likely to attend less well-appointed colleges that might not have the resources to keep a campus newspaper or offer special networking opportunities.

Another reason is linked to newspapers’ financial constraints. Peck told IPS: “There is a challenge within news organisations to keep a diverse workforce at a time when the traditional media are economically challenged, even as new industries are actively looking to hire away talent that represents the changing American demographic.”

Further, union contracts favour unequal employment, according to Doris Truong, a Washington Post editor and acting president of Unity, who was quoted in 2013 article in The Atlantic.

“One piece of this puzzle is layoff policies and union contracts that often reward seniority and push the most recent hires to leave first. Many journalists of color have the least protected jobs because they’re the least senior employees.”

Different ideas and initiatives have been put forth to increase the representation of minority journalists.

Amongst the ideas expressed by Pamela Morinière are the inclusion of diversity reporting in student curricula, dialogues in newsrooms on the representation of minority groups, making job offers available widely and adopting equal opportunity and non-discrimination policies.

Chris Peck emphasises the importance of “home-grown talent”: “Identifying local students who have an interest in journalism and that have a connection to a specific locale will be a critical factor in the effort to diversify newsrooms. It’s a longer term effort to cultivate local talent. But it can pay off.”

“Second, I think it is important to tap social media to explain why journalism is still a dynamic field and invite digital natives to become part of it,” he said.

Civil society organisations such as UNITY Journalists for Diversity, a strategic alliance of several minority journalist associations, aim at increasing the representation of minority groups in journalism and promoting fair and complete coverage about diversity, ethnicity and gender issues.

“2015 will mark some significant milestones in AAJA’s history. AAJA will be celebrating 15 years of training multi-cultural high school students through JCamp, 20th anniversary of […] our Executive Leadership programmes and 25 years of inspiring college students to enter the field of journalism through VOICES.”

Ethnic minority journalists are not the only under-represented group at news outlets in the U.S. and around the world. The Global Report on the Status of Women in the News Media states that women represent only a third of the journalism workforce in the 522 companies in nearly 60 countries surveyed for the study. Seventy-three percent of the top management jobs are held by men, while only 27 percent are occupied by women.

“When it comes to women’s portrayal in the news, the situation is even worse,” Pamela Mornière told IPS.

“Women make up only 24 percent of people seen, heard or read about. They remain quite invisible, although they represent more than half of the world’s population. And when they make the news they make it too often in a stereotypical way. The impact of this can be devastating on the public’s perception of women’s place and role in society. Many women have made their way on the political and economic scene. Media must reflect that.”