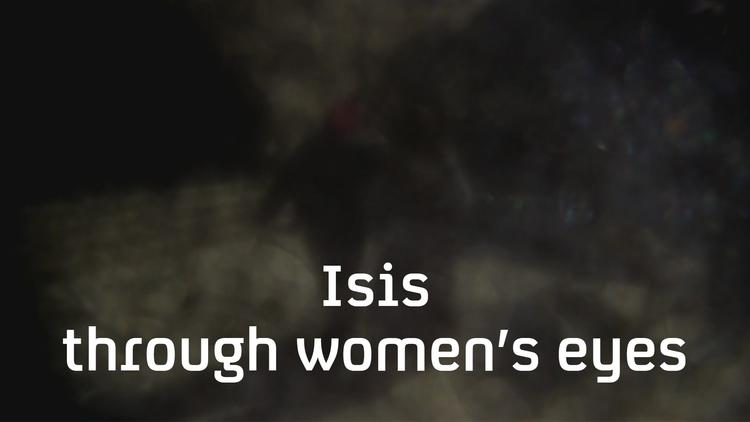 As extremists rule harshly and coalition airstrikes hit, there’s a mass exodus of civilians out of Hawija. And one of the ways they are getting out is with people smugglers on the “death road”.

A few days ago Mahmoud Fathallah arrived with his family and another ten people in the northern city of Kirkuk. The 34-year-old is originally from Hawija, a mostly Sunni-Muslim populated town about 50 kilometres south of Kirkuk, and he and the other people came to Kirkuk along a road used by people smugglers. Kirkuk is currently under the control of Iraqi Kurdish military while Hawija is currently controlled by the extremist group known as the Islamic State.

“There is nothing functioning in Hawija,” says Fathallah, whose hair seems to be prematurely grey. “It is very difficult to get even the most basic services like water and electricity. But that isn’t actually what everyone is worried about,” he told NIQASH. “The real problem is our fear of the IS group, of being punished by them if we do even the smallest thing wrong – that is, what they consider to be wrong.”

Fathallah says that shortly before leaving Hawija he saw the IS group punish 12 people in the central market. The individuals were given 80 lashes each and three of them died. Their crime? Smoking cigarettes or water pipes.

Other displaced people NIQASH spoke with in Kirkuk concur. They say the IS fighters and the group’s morality police harass everyone and small infringements lead to disproportionate punishments.

But the harsh IS rules and the lack of services are not the only reasons locals are desperately trying to get out of Hawija and risking their lives to do so. “The people of the district are also very afraid of air strikes on the area by the international coalition as are the IS fighters themselves,” Fathallah continued. “The planes target the organization’s premises and meeting places, which are all inside the city and near to residential areas. When the planes start bombing, the loudspeakers at the mosques start calling the locals to come and donate blood. In some cases,” Fathallah adds, “the IS fighters force people to donate blood, no matter whether they are old or young, male or female.”

Even if we were able to abide by the rules, we were scared all the time that we would be killed in the fighting, say other displaced Iraqis in Kirkuk.

This is why, despite the fact that they would face certain hardships and tough questions from security forces on the look out for infiltrators in Kirkuk, locals are still desperate to get out of Hawija.

Wasta Rasul, one of the most senior commanders of the Iraqi Kurdish military in Kirkuk, says that he expects an exodus out of Hawija shortly, and it’s one he believes will increase over time especially when attacks on Hawija to expel the IS group intensify.

But it is far from easy to leave Hawija. The IS group currently controls Hawija and four surrounding sub districts: Rashad, Zab, Riyadh and Abbasi. The subdistrict of Multaqa has been under the control of the Iraqi Kurdish since March this year.

After taking control of these areas the IS group said nobody could travel into areas that were not under their control and for those that wanted to, there were a set of difficult conditions to fulfil.

Currently there are three main ways that the desperate people of Hawija can get to Kirkuk, where municipal services are working and security is provided by the far-less-stressful Iraqi Kurdish military.

The first way is to get IS approval to travel. This is done by submitting a request to the organization. These requests can only be submitted by people 45 years and older, who are not members, past or present, of the security forces and who did not work as government employees. Additionally the people who make the request must have severe health problems or very urgent work outside the district. Then they may be given permission to travel for one month but only on the condition that one of the traveler’s relatives is held hostage by the IS group.

The second way to get out of Hawija is by paying people smugglers who work between the town and the Hamrin mountains that mark the boundaries of Iraqi Kurdistan. However this is a particularly dangerous route and locals have nicknamed it “the death road”. The IS group has set up a number of ambushes and checkpoints along the road and anyone caught escaping Hawija without permission is certain to be executed by the extremists. There is also the danger of convoys being shot at by planes from the international coalition fighting against the IS group; they may suspect the travellers are part of the extremist group simply because they are civilians moving around in this area.

The third way of getting out of Hawija involves traveling through the IS-controlled Riyadh sub-district into the Daquq district. This road can also be deadly as travellers must pass directly between the front lines where the Iraqi Kurdish military and the IS fighters are facing off.

Fathallah took the second way out of Hawija, with the people smugglers. “Escaping the areas controlled by the IS group to Hamrin was very difficult,” he tells NIQASH. “People were forced to walk 13 hours across highlands and valleys. When we reached one village the first smuggler left us. We were joined by another one who then took us to the areas controlled by the Iraqi Kurdish military.” The first people smuggler took IQD250,000 (around US$280) from each person there and the second took double that again.

Some of those NIQASH spoke with who had made the dangerous journey said they felt that there was a tacit agreement between the first group of people smugglers who escorted them and the IS group fighters. Then they thought there might also be some sort of deal between the second group of people smugglers and the Iraqi Kurdish military. There seemed to be several incidents and close calls when the different forces turned a blind eye to the smuggling activities.

Questioned about this, officials in the Iraqi Kurdish military deny any any complicity. They say that they allow people into Kirkuk areas under their control for humanitarian reasons. Often it is easier for the displaced Arabs to enter Iraqi Kurdish areas if they have their families with them. Then they are not suspected of being IS members trying to infiltrate the other side.

“People smugglers are trying to undermine the stability of Kirkuk by bringing people to the province who lived under the IS group’s rule,” says Farhad Nizar, deputy commander of the Iraqi Kurdish military brigade that is in charge in Daquq. Nobody is supposed to enter the district without first surrendering themselves to be vetted by Iraqi Kurdish security forces, to ensure they were not members of the IS group. However, Nizar noted, the people smugglers were getting around this restriction. “That is why we are preparing to arrest any people smugglers we can as well as those who stand behind them,” Nizar said. “We have already arrested three members of the IS group who were trying to bring people into this area. We fear there are more and that they’re trying to get into Kirkuk to undertake terrorist activities.”

“The influx of people through smuggling routes is a bad thing,” says Iraqi Kurdish military commander Rasoul. “Many of the women, children and elderly arrive with bloodied feet. We feel that we must help them,” says the commander, who suspects many of those fleeing are injured or die on the way to Kirkuk. “Most of the people arriving this way are poorer. The wealthier people drive to Mosul and then head to Baghdad from there in their own cars. But,” he notes, “we can only help the people who arrive here after thorough security checks are made, to ensure they are not part of the extremist group.”

Fathallah and his family are now waiting for this part of their trial to be over. They survived the dangers of the road and are now waiting for security checks to be completed before being allowed to go to one of the camps set up here for displaced Iraqis. The only thing they know for sure right now is that their future remains uncertain and that life will be hard – but at least they won’t be subject to the vagaries of life under the extremists.

Channel 4 News: “Escape from Isis: the brutal treatment of women in Raqqa”