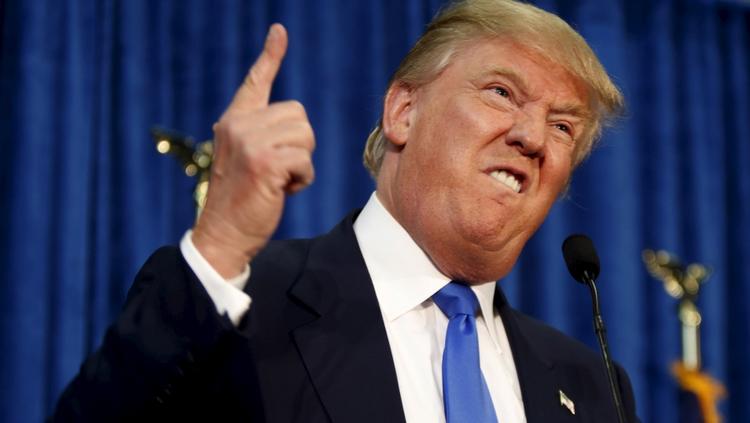 Donald Trump is a man of extraordinary self-confidence. Since launching his presidential bid in June, he has boasted of his immense wealth, his academic credentials and his intelligence, going so far as to declare: “I’m, like, a really smart person.” 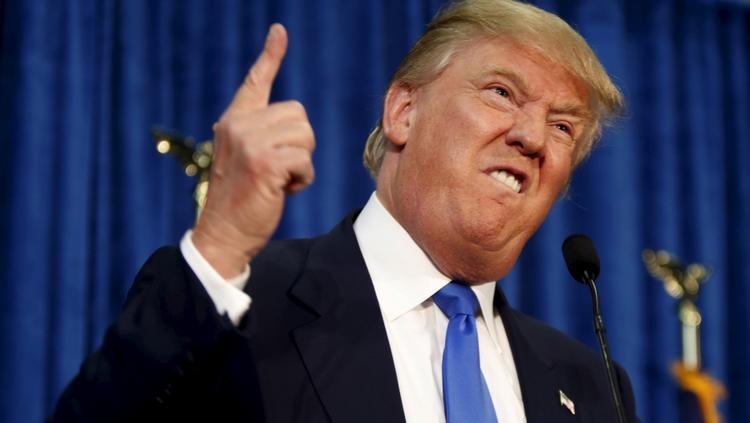 But the most telling feature of Trump’s presidential campaign is that his self-confidence does not extend to the country he seeks to lead. Since entering the race, the New York City billionaire has relentlessly exploited voters’ fears by predicting America’s imminent demise. From Trump’s bleak pronouncements, you would never know the US has the world’s largest economy. In his announcement speech, he declared that “the American dream is dead,” “we’re becoming a Third World country,” “we’re dying,” “we need money” and soon we’ll be “unsalvageable.”

Trump’s campaign of fear focuses on the 11.5 million unauthorized immigrants currently residing in the United States. Trump has characterized them as rapists, drug dealers and murderers. He claims that they have devastated the economy, undermined public safety and cost taxpayers “hundreds of billions” of dollars.

Trump says he has a solution. As part of his plan to “make America great again,” he wants to end birthright citizenship because he believes it’s the “biggest magnet for illegal immigration.”

There’s just one problem with Trump’s proposal: it makes absolutely no sense on legal, constitutional or economic grounds. Birthright citizenship is a constitutional right that has provided immense benefits to the United States for over a century.

But Trump’s proposal is nonetheless highly revealing because it demonstrates the extent to which Republicans have become a party driven by fear rather than facts.

The biggest stumbling block to Trump’s proposal is the plain language of the 14th Amendment: “All persons born or naturalized in the United States, and subject to the jurisdiction thereof, are citizens of the United States.”

Trump’s argument rests on the words “subject to the jurisdiction thereof.” He thinks that clause excludes children of foreign nationals from birthright citizenship.

But Trump is wrong. As constitutional scholars have explained, the amendment’s drafters only intended for the phrase “subject to the jurisdiction thereof” to exclude from automatic citizenship the children of foreign diplomats and Native American children born on sovereign reservation land.

The Supreme Court made this point clear in two late 19th-century cases, including the 1898 case of US v Wong Kim Ark. As the court noted, foreign ambassadors hold diplomatic immunity under international law. Accordingly, diplomats and their children are not “subject to” American jurisdiction. But the court emphasized that all other children of foreign parents born on American soil receive automatic birthright citizenship under the 14th Amendment.

Moreover, Congress later extended automatic US citizenship to all Native American children, including those born on reservations.

Thus, as a constitutional and statutory matter, the issue has long been settled. Every child born on American soil is automatically a citizen, with the children of foreign diplomats the sole exception.

The benefits of birthright citizenship

Trump’s policy arguments are even weaker than his legal arguments.

But other countries would be wise to adopt America’s generous policy. A welcoming approach to immigrants has conferred enormous benefits on the United States. Exhaustive studies by scholars and government researchers conclusively demonstrate that immigration’s benefits vastly outweigh its costs. Indeed, a University of Chicago poll of professional economists found unanimous agreement that immigration helps the American economy.

Unauthorized immigration also gives rise to net benefits. Contrary to Trump’s assertions, unauthorized immigrants commit crimes at rates lower than the national average, they pay billions in taxes every year, and they do not qualify for government assistance programs.

The bottom line is immigrants contribute far more to America’s economy than they receive in pay and benefits.

The politics of fear

Although Trump’s proposal defies constitutional law and common sense, it resonates with a frightened electorate. Eighty-three percent of Republicans believe the country is on the wrong track.

In this poisonous political climate, immigrants are a convenient target. A 2011 Rasmussen poll found that 65% of Americans oppose birthright citizenship.

Donald Trump is not the only Republican contender to read those poll results. At least nine other GOP candidates, including Scott Walker and Ted Cruz, have indicated they oppose birthright citizenship or would consider eliminating it.

Republican candidates love to sing the praises of Ronald Reagan, but the reality is the GOP is no longer a party Reagan would recognize. In 1986 President Reagan granted amnesty to three million unauthorized immigrants. Reagan justified his policy on the grounds that America’s “strength comes from our own immigrant heritage and our capacity to welcome those from other lands.”

Today, by contrast, a candidate who wants to deport 11 million people and end birthright citizenship is the GOP frontrunner.

The party of Reagan has become the party of fear. That may be good news for Donald Trump, but it’s bad news for the country.