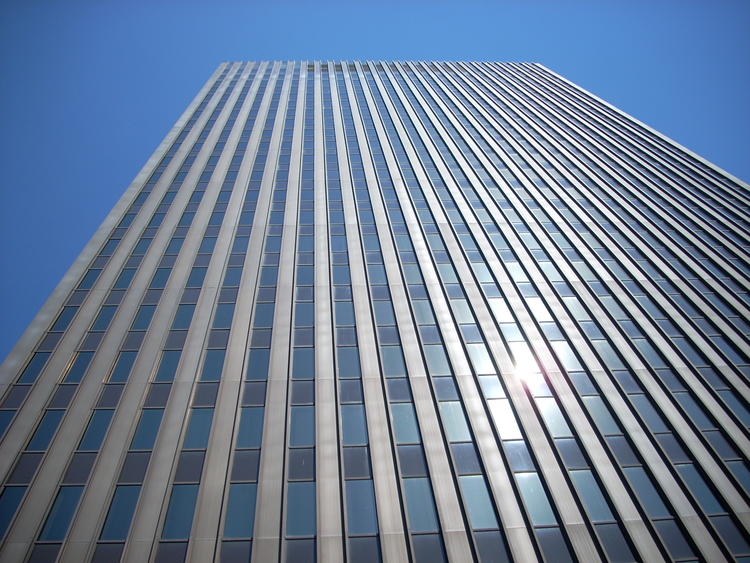 How do we go about designing buildings today for tomorrow’s weather? As the world warms and extreme weather becomes more common, sustainable architecture is likely to mean one major casualty: glass.

For decades glass has been everywhere, even in so-called “modern” or “sustainable” architecture such as London’s Gherkin. However in energy terms glass is extremely inefficient – it does little but leak heat on cold winter nights and turn buildings into greenhouses on summer days. 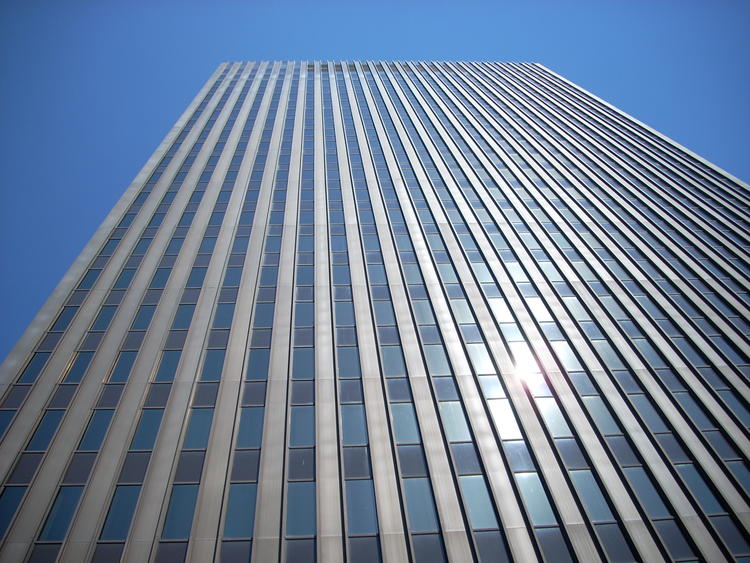 For example, the U-value (a measure of how much heat is lost through a given thickness) of triple glazing is around 1.0. However a simple cavity brick wall with a little bit of insulation in it is 0.35 – that is, three times lower – whereas well-insulated wall will have a U-value of just 0.1. So each metre square of glass, even if it is triple glazed, loses ten times as much heat as a wall.

While the climate is changing, so too is the weather. Climate is expressed in terms of long-term averages, whereas the weather is an expression of short-term events – and the weather is predicted to change by much more than our climate. This creates challenges. A 0.5℃ increase in monthly temperature can made a difference to farmers, or the energy used by an air-conditioning system, but a peak temperature of 38℃ or a vicious cold snap can be far more serious. Buildings are designed to handle extremes, not just averages.

Architects and building engineers around the world are now having to struggle with this issue, especially since buildings last so long. At Bath we have recently been awarded a grant to look at long-term weather forecasting and how building design will have to change. After all, you can’t move buildings to a better climate.

One obvious possibility, for UK designers at least, is that they pick a place where the weather currently is similar to what the Met Office suggests the UK will have in 2100, and simply put up buildings like the ones they have there.

The problem is this ignores the low-carbon agenda. Many hot countries have spent the past 30 years designing buildings similar to those found in more temperate countries, while leaving enough space for monster air-conditioning systems. The air-conditioned skyscrapers in Las Vegas and Dubai, for instance, look just like buildings you might see in London or Boston, despite being built in the middle of a desert.

As an experiment, type “Dubai Buildings” into Google images and take a look at what has been built and, more worryingly, artist’s impressions of what is on the drawing board. You can even see this inefficiency in cultures that one might expect more of, for example the famous energy-guzzling glass towers of Vancouver.

Buildings will have to be simplified. Heating, lighting, energy supply, air con, escalators, IT networks and so on – all these “building services” will have to be stripped right back. Those services which do remain must use almost no energy – and possibly generate the energy they require on site.

Cutting back on glass would be an easy win. Windows need to be sized, not glorified, and sized for a purpose: the view, or to provide natural light or air. Windows also need to be shaded. Many would argue that we need to re-invent the window, or the building. We need to build buildings with windows, rather than buildings that are one big window.

Maybe we should look to the Mediterranean. People have mainly lived in countries such as Greece, for example, without air-conditioning – and it is true that such heavyweight, thick-walled buildings with small openings are capable of moderating external conditions very well.

However they don’t offer the climate control we are used to, especially if you pack them with people and computers. The people of the Mediterranean also had generations to adapt themselves and their working arrangements to fit with the climate. We don’t have this luxury: the weather is changing too fast.

We have yet to invent architecture ready for whatever happens to the climate, but it is clear that we need to take lessons from the past – and from other cultures. We can’t simply air-condition our way through global warming.

David Coley is Professor of Low Carbon Design at University of Bath.