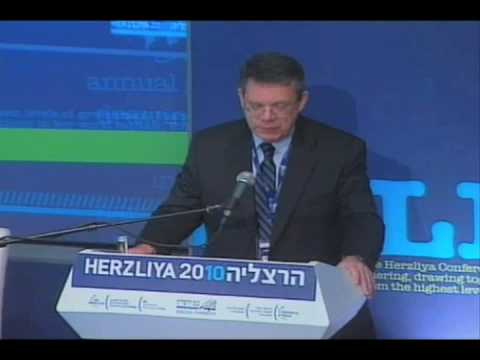 In view of the dire UN report warning that in 5 years Gaza may well be uninhabitable for its 2 million Palestinian residents, it is worth considering again that this outcome is being connived at by the Israeli far right wing, one mouthpiece for which is academic gadfly Martin Kramer. 5 years ago, this was his proposal:

Martin Kramer revealed his true colors at the Herzliya Conference [2010] , wherein he blamed political violence in the Muslim world on population growth, called for that growth to be restrained, and praised the illegal and unconscionable Israeli blockade of civilian Gazans for its effect on reducing the number of Gazans.

M. J. Rosenberg argued that Kramer’s speech is equivalent to a call for genocide. It certainly is a call for eugenics.

It is shocking that Kramer, who has made a decade-long career of attacking social science understanding of the Middle East and demonizing anyone who departs even slightly from his rightwing Israeli-nationalist political line, should be given a cushy office at Harvard as a ‘fellow’ while spewing the most vile justifications for war crimes like the collective punishment of Gazan children.

Kramer is after all not nobody. He was an adviser to the Giuliani presidential campaign. He is listed as an associate of the Washington Institute for Near East Policy, the influential think tank in Washington of the American Israel Public Affairs Committee. He is associated with Daniel Pipe’s ‘Middle East Forum,’ a neo-McCarthyite organization dedicated to harassing American academics who do not toe the political line of Israel’s ruling Likud Party.

Kramer’s remarks are wrong, offensive and racist by implication. He is driven to them by his nationalist ideology, which cannot recognize the ethnic cleansing of the Palestinians by Israelis in 1948, cannot see that most Palestinians have been deprived by Israeli policies of citizenship rights (what Warren Burger called ‘the right to have rights’, as Margaret Somers pointed out), and that Palestinians are even at this moment being deprived of basic property and other rights by Israeli occupation. To admit that any of these actions produces a backlash is to acknowledge the Palestinian movements as forms of national liberation activism, and to legitimize Palestinian aspirations. Rightwing Zionism is all about erasing the Palestinians from history. And now Kramer wants to make it about erasing future Palestinian children!

Where have we seen the picture Kramer draws before? It is just a recycled form of Malthusianism, where the population growth rates of “some people” is seen as dangerous to society. Barbara Brown wrote of Apartheid South Africa:

‘ [White] South Africans who express a [concern with Black population growth] perceive a close relationship between population growth rates and political instability. There are two variants of this approach. The first holds that a growing black and unemployed population will mean increased poverty which will in turn lead to a black revolt. . .

In an opening address to a major private sector conference on ‘population dynamics’ in South Africa, the president of the 1820 Foundation argued that ‘Rapid population growth translates into a steadily worsening employment future, massive city growth . . . and an increase in the number of poor and disadvantaged. All are rightly viewed as threats to social stability and orderly change.’

A second, but smaller, group believes the black threat arises simply out of the changing ratio of white to black. This group sees that ‘THE WHITES ARE A DWINDLING MINORITY IN THE COUNTRY’ and argues that this situation will lead to a ‘similar reduction of white political authority’.

Some argue for birth control on even more overtly racist grounds, but few people in leadership positions do so, at least publicly. Debates in the House of Assembly have included remarks to the effect that blacks are unable to make a contribution to South African society and so should be encouraged to limit their numbers. The organiser of a ‘Population Explosion’ conference, a medical doctor who is deputy director of the Verwoerd Hospital, argued that whites must organise a family planning programme for blacks because the latter group is biologically incapable of exercising foresight.’

There are other notorious examples of this sort of argument, including eugenics theorist Madison Grant, who warned in the early 20th century that white Americans were being swamped by inferior eastern and southern Europeans such as Poles, Italians, and Jews.

How ironic, that Kramer should now resort to the very kind of arguments Grant used to condemn Martin Kramer’s ancestors being allowed to come to the United States.

As usual, Kramer, a notorious anti-intellectual opposed to the mainstream academic study of the Middle East, is wrong as a matter of social science.

Population growth in and of itself explains nothing, and certainly not terrorism. Between 1800 and 1900, Great Britain’s population tripled, whereas France underwent a demographic transition and grew very slowly. Yet Britain experienced no revolution, no great social upheavals in that period. France, in contrast, lurched from war to war, from empire to monarchy to empire to Republic, and saw the rise of a plethora of radical social movements, including the Paris Commune.

Although under some circumstances, rapid population growth can contribute to internal social instability, it is irrelevant to international terrorism as a political tactic. The deployment of terror, which the US Federal Code defines as the use of violence against civilians for political purposes by a non-state actor, is always a form of politics. The Zionist terrorists who blew up the King David Hotel in Jerusalem in 1946, which killed 91 persons and wounded 46, did not act because Jewish Irgun members had too many brothers and sisters. (And if you think about who exactly might have made an argument of that form in the 1940s, it becomes clear how smelly Kramer’s is.) Irgun blew the hotel up because British Mandate intelligence had offices there, and because these Zionist activists did not care if they killed dozens of civilians.

Studies of groups that deploy violence against civilians for political purposes show that [pdf link] they are characterized by higher than average education and income, which correlate with smaller family size.

Political violence is about grievances, land, resources and politics. Palestinians were no more violent than any other group in the Middle East until they were ethnically cleansed and their property was stolen by Jewish colonists in their homeland, for which they never received compensation. As Robert Pape has shown, suicide bombings cluster in the area in and around Israel, in Iraq and Afghanistan/ Northern Pakistan, places where people feel militarily occupied. But there are none in Mali or Benin, countries with among the highest population growth rates in the world.

Kramer’s argument is implicitly racist because he applies the population-growth calculus mainly to Arabs, whose family size he minds in ways that he does not others. Belize and the Cameroons have higher population growth rates than Libya. Is Kramer afraid of those two countries? Why is it only Arab children he marks as a danger?

If population growth rates were the independent variable in predicting a turn to terrorism, moreover, the fast-growing ultra-Orthodox or Haredi Jewish population of Israel would be a concern. But in fact they refuse to serve in the Israeli army and so are the least violent part of the population (though there have been occasional Haredi attacks on Palestinians.)

Kramer will find, in his new role as the Madison Grant of the twenty-first century, that his arguments are a double-edged sword that even more unsavory persons than he will gleefully wield against groups other than Arabs.