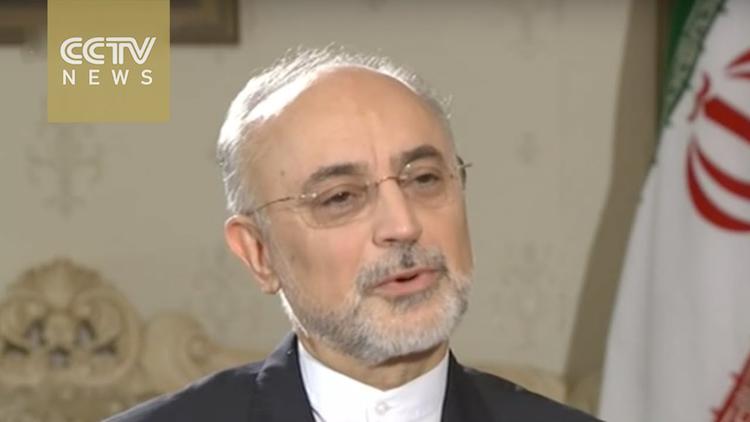 OXFORD (IPS) – Iran’s nuclear programme has been the target of a great deal of misinformation, downright lies and above all myths. As a result, it is often difficult to unpick truth from falsehood.

As President John F. Kennedy said in his Yale University Commencement Address on 11 June 1962: “For the great enemy of the truth is very often not the lie – deliberate, contrived and dishonest – but the myth – persistent, persuasive, and unrealistic. Too often we hold fast to the cliché of our forebears. We subject all facts to a prefabricated set of interpretations. We enjoy the comfort of the opinion without the discomfort of thought.”

In order to understand the pros and cons of the Joint Comprehensive Plan of Action (JCPOA) agreed by Iran and the P5+1 (United States, United Kingdom, Russia, China, France and Germany) on 14 July 2015, and the subsequent U.N. Security Council Resolution 2231 passed unanimously on 20 July 2015 setting the agreement in U.N. law and rescinding the sanctions that had been imposed on Iran, it is important to study the background to the whole deal.

The Non-Proliferation Treaty (NPT) regulates the activities of the countries that wish to make use of peaceful nuclear energy. The NPT was enacted in 1968 and it entered into force in 1970. Its objective is to prevent the spread of nuclear weapons, while promoting the peaceful use of nuclear technology. Iran was one of the first signatories to that Treaty, and so far 191 states have joined the Treaty.
“Iran’s nuclear programme has been the target of a great deal of misinformation, downright lies and above all myths. As a result, it is often difficult to unpick truth from falsehood”

It has been one of the most successful disarmament treaties in history. Only three U.N. member states – Israel, India and Pakistan – did not join the NPT and all of them proceeded to manufacture nuclear weapons. North Korea, which acceded to the NPT in 1985, withdrew in 2003 and has allegedly manufactured nuclear weapons.

This treaty was a part of the move known as “atoms for peace”, which allowed different nations to have access to nuclear power for peaceful purposes, but prevented them from manufacturing nuclear weapons.

The Treaty is based on four pillars:

Pillar One – Non-Proliferation: Article 1 of the NPT states that nuclear weapon state countries (N5) should not transfer any weapon-related technology to others.

Pillar Three – Peaceful use of nuclear energy: Article 4 not only allows the use of nuclear technology for peaceful purposes, but even stresses that it is “the inalienable right” of every country to do research, development and production, and to use nuclear energy for peaceful purposes, without discrimination, as long as Articles 1 and 2 are satisfied.

It further states that all parties can exchange equipment, material, and science and technology for peaceful purposes. It calls on the nuclear states to assist the non-nuclear states in the use of peaceful nuclear technology.

Pillar Four – Nuclear disarmament: Article 6 makes it obligatory for nuclear states to get rid of their nuclear weapons. The Treaty states that all countries should pursue negotiations on measures relating to cessation of the nuclear arms race and “achieving nuclear disarmament”.

While nuclear powers have worked hard to prevent other countries from acquiring nuclear weapons, they have not abided by their side of the bargain and have been reluctant to give up their nuclear weapons. On the contrary, they have further developed and upgraded those weapons, and have made them more capable of use on battlefields.

Sadly, 37 years after its final ratification, the number of nuclear-armed countries has increased, and at least four other countries have joined the club.

After it was realised that unfettered access to enrichment could lead some countries, such as Iraq and North Korea, to gain knowledge of nuclear technology and subsequently develop nuclear weapons, the NPT was amended in 1977 with the Additional Protocol, which tightened the regulations in order to prevent the spread of nuclear weapons.

According to the Additional Protocol, which Iran has agreed to implement as part of the JCPOA, “Special inspections may be carried out in circumstances according to defined procedures. The International Atomic Energy Agency (IAEA) may carry out such inspections if it considers that information made available by the State concerned, including explanations from the State and information obtained from routine inspections, is not adequate for the Agency to fulfil its responsibilities under the safeguards agreement.”
However, as the above paragraph makes clear, these inspections will be carried out only in exceptional circumstances when there is valid cause for suspicion that a country has been violating the terms of the agreement, and only if the IAEA decides that the explanations provided by the State concerned are not adequate. Also, such inspections will be carried out on the basis of “defined procedures”

Meanwhile, in addition to the nuclear states, there are 19 other non-weapons states which are signatories to the NPT and which actively enrich uranium. They have vastly more centrifuges than Iran ever had. Iran’s array of 19,000 centrifuges (only 10,000 of them were operational) prior to the agreement was paltry compared with the capabilities of other countries that enrich uranium.

During the talks between Iran and the P5+1, Iran’s Supreme Leader Ayatollah Ali Khamenei said that Iran wanted to have at least 190,000 centrifuges in order to get engaged in industrial scale enrichment.

It should be remembered that the sale of nuclear fuel is a lucrative business and the countries that do not have enrichment facilities but which have nuclear reactors, are forced to purchase fuel from the few countries that have a monopoly of enriched uranium. Iran had openly stated that it wished to join that club, or at least to be self-sufficient in nuclear fuel.

However, under the JCPOA, Iran has given up the quest for industrial scale enrichment and is even reducing the number of its operational centrifuges from 19,000 to just over 5,000.

Farhang Jahanpour is a former professor and dean of the Faculty of Foreign Languages at the University of Isfahan and a former Senior Research Fellow at Harvard University. He is a tutor in the Department of Continuing Education and a member of Kellogg College, University of Oxford.This is the first of a series of 10 articles in which Jahanpour looks at various aspects and implications of the framework agreement on Iran’s nuclear programme reached in July 2015 between Iran and the United States, United Kingdom, Russia, France, China and Germany, plus the European Union.