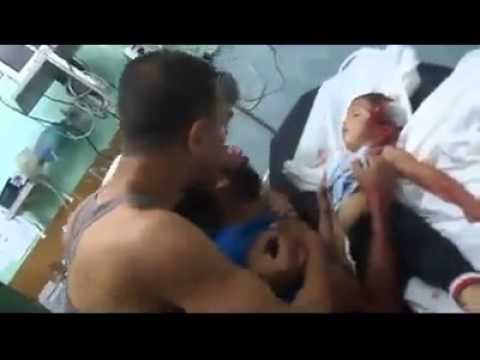 History in the Holy Land seems stuck in a loop. In 2000, former Israeli Prime Minister Ariel Sharon, at the time leader of the opposition, visited the Al-Aqsa compound in a deliberate provocation that triggered the Second Intifada. Israel launched operation “Defensive Shield” to crush the protests and eliminate the Palestinian resistance. As a result, more than 3,000 Palestinians and almost 1,000 Israelis lost their lives between 2000 and 2004, and the peace process was forever derailed.

Fast forward to 2015: The peace process is now dead and what hope Palestinians had during the early Oslo years has turned into bitter disappointment and despair. Jewish colonies, illegal under international law, have expanded on Palestinian land throughout the years of negotiations and now fully surround Palestinian communities. Palestinians, still living under occupation, are denied basic human rights and harassed by the Israeli military and the armed extremist settlers on a daily basis. To take just one example, Defense for Children International–Palestine reports that Israeli soldiers and settlers killed 1,951 children since 2000.

Within this climate, Israel’s minister of agriculture Uri Ariel’s visit to the al-Aqsa mosque, Islam’s third holiest site, along with a group of right wing Jewish extremists protected by armed Israeli forces, can only be seen as a deliberate provocation – one that is possibly designed to give Israeli extremists and hardliners in the government the opportunity to finish the job Sharon started. A reading of the Israeli government’s Hebrew language statements reinforces this theory.

At a recent press conference Netanyahu spoke in Hebrew about how there was a huge settlement drive during his years of leadership. At the same conference, Israeli Defense Minister Moshe Yaalon assured reporters that there had not been a settlement freeze for one minute. When asked if a new operation Defensive Shield might be necessary, Yaalon told reporters that Israel has been on the offensive since Defensive Shield. He explained that before 2000, Israel could not get into Area A, an area that was handed over to the Palestinians in the first phase of the Oslo agreement. Now, he said Israel conducts operations in any area within the West Bank (with, he might have added, the support of the Palestinian Authority (PA) security forces.)

At the conference, Yaalon called on Israeli Forces to be vigilant against Palestinian stabbing attacks, and to eliminate the terrorist stabber, the stone thrower and the like immediately on the spot. But the rhetoric wasn’t only aimed at security forces, Yaalon was also quoted in the Jerusalem Post calling on civilians to carry firearms, as has Jerusalem mayor Nir Barkat. So-called centrists like Yair Lapid also support the shoot to kill policy.

Israel is clearly implementing these plans. Human rights groups have protested: Amnesty International said that some recorded incidents amounted to extrajudicial killings while Human Rights Watch expressed concern regarding Israel’s deliberate use of fire against Palestinian demonstrators. There is harrowing footage of Israeli Jewish mobs attacking and killing unarmed Palestinians; the death of Fadi Alloun is just one example. And contrary to Israel’s claim of incitement by the PA as being the leading factor in causing the uprising, the reality on the ground tells a different story.

To begin with, the protesters are not limited to Palestinians under military siege and occupation in the occupied Palestinian territory (OPT). They include high profile Palestinians who carry Israeli citizenship. Ayman Odeh, a member of the Knesset and leader of the Joint List is one of them. He accuses the government of Israel of acting “in the service of the settlers in what looks like a conscious attempt to incite and inflame the entire region to religious war.”

Ayman Odeh’s words must not be taken lightly. By framing the conflict as a religious war, Israel can cloak its effort to achieve complete control over all of historic Palestine with the understanding nod of the international community and neighboring countries like Egypt and Jordan.

It is important not to ignore the repercussions Israel’s actions are having on both sides of the Green Line which divides Israel from the OPT. In recent days there have been large protests and demonstrations in a number of Palestinian towns within Israel. In one incident, protesters threw stones and firecrackers at Israeli police. A generation of Palestinians who were born under the Israeli flag, speak fluent Hebrew and carry Israeli citizenship led these protests. For decades they have lived as second-class citizens, denied an array of rights that are only offered to Jewish Israelis. They are frustrated with the systematic discrimination against them, and are standing united with Palestinians on the other side of the Green Line.

Palestinians in the grip of Israel’s military occupation have given up on any hope of a sovereign state. Palestinian youth are sending a clear message both to their occupiers and to their leaders. They are taking matters into their own hands and demanding their full human rights at any cost.

Even in places where confrontation with Israeli soldiers could mean instant death, as is the case in Gaza, young people protest the attacks on their fellow Palestinians and their holy sites. It is widely recognized that Israel has turned Gaza into a prison camp, as even British Prime Minister David Cameron said — and that was five years ago. Gaza youth approaching the borders and throwing rocks at the soldiers dream of breaking free of this prison or die trying: By mid-October, nine Palestinian youths in Gaza were killed in this desperate endeavor.

Palestinian leaders have not intervened. Israel has made it clear they expect the Palestinian security forces to work with the Israeli military to crush the protests, and so far Mahmoud Abbas’ PA has mostly complied.

The de-facto Hamas government in Gaza has also made it clear that it prefers not to be drawn into the rebellion. Its political bureau deputy chief, Musa Abu Marzouk, spoke firmly against firing rockets into Israel as this would “transfer the campaign to a different front, and will snuff out the popular intifada.” Other militia groups in Gaza nevertheless fired a few rockets into Israel, causing no injuries. Israel’s response: an airstrike that killed a pregnant woman and her 3-year-old daughter. Footage of the father weeping over his dead daughter, begging her to wake up, has gone viral, prompting more calls for rebellion against Israel’s oppression and brutality.

Desperate Palestinian youth who have lived under occupation and siege their entire lives, with no hope of a future, risk their lives in their fight for freedom. But what are the Israelis fighting for? Having destroyed all chances of Palestinian statehood, Israel is fighting to maintain its occupation and subjugation of the Palestinian people, creating an apartheid state throughout the lands where its rule holds sway.

Samah Sabaw is a Policy Advisor to Al-Shabaka: The Palestinian Policy Network, and member of the board of directors for the National Council on Canada Arab Relations (NCCAR).

The views expressed in this article are the author’s and do not necessarily reflect Ma’an News Agency’s editorial policy or Informed Comment.