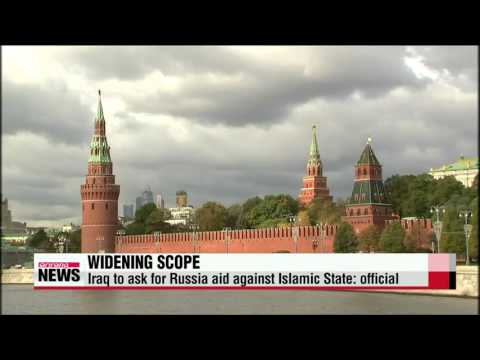 Since the announcement of a new military alliance including Russia, locals have been trading arguments. Could Iraq become the stage for a new “Cold War”? And how effective can this coalition really be?

For many Iraqis, the news that came last week of an alliance between Syria, Russia, Iran and Iraq was shocking. And it is not just in Syria that this Russian intervention is threatening to carve even deeper fault lines in the Middle East. In Iraq, locals are equally divided about the alliance, in line with existing allegiances. That is, Iraq’s Shiite Muslims who tend toward support for Shiite Muslim-dominated Iran, and thereby Bashar al-Assad of Syria and Russia like the idea. Whereas Iraq’s Sunni Muslims tend toward support for the US and the Sunni Muslim Gulf Arab states like Saudi Arabia and Qatar and do not like the idea. The Russian intervention presents the country with a real dilemma.

It is true that in Iraq, political discourse is often limited to extreme views, and those views are usually right on the opposite side of the fence from one another with no real middle ground for negotiation. But as many analysts have said before, the Russian intervention seems even more dangerous than usual because it threatens to topple an already very delicate balance of foreign power in Iraq.

All Shiite Muslim political parties and military forces in Iraq have said they welcome the new Russian intervention in the Middle East. They say that US intervention hasn’t been able to end the security crisis caused by the extremist group known as the Islamic State in Iraq, despite just over a year of effort.

On an individual level, many local Shiites started calling the Russian President, Vladimir Putin, their hero and were posting footage of him with the Russian army onto social media. Others replaced their Facebook profile pictures with shots of Putin. There were also a lot of false rumours spreading about how Russians had entered Anbar and killed hundreds of Islamic State fighters.

Hardly surprising perhaps but some of the most prominent Shiite Muslim volunteer militias – Hezbollah in Iraq, the Badr organization and the League of the Righteous – were the first to officially welcome the Russian intervention. And this is not surprising because these groups are more closely affiliated with neighbouring Iran than with their own Iraqi government – they are supporting the Russian move without any thought for Iraq or its people.

In fact, their leaders have also said that the Russian move comes at a good time. Why? Because US policy is heading toward the establishment of an independent Sunni state, one senior member of the League of the Righteous said, and this will help put a stop to that, he suggested at a press conference.

It is also not surprising because in the past these militia groups have been openly critical of US presence in Iraq and there have been conflicts between them and the US during fighting. For example, in April during the battle against the Islamic State, or IS, group in Tikrit. Similar conflicts occurred two weeks ago in Ramadi city. Certain Shiite Muslim militias don’t want to fight together with the US for ideological reasons and the US won’t support the militias because they believe their freeing of Sunni Muslim-majority areas would be problematic.

Since the beginning of September the US had been stepping up its military presence in Iraqi government-held bases in Anbar province, sending advisers and weapons to the Habbaniya and Ain al-Assad military bases there. The US had also been training local Sunni Muslim fighters there.

All of this aroused the ire of the Iran-sponsored Shiite militias, who prefer not to see a strong Sunni fighting force. In an attempt to pressure the Iraqi government to diminish the US’ role in Anbar, the volunteer Shiite militias stopped fighting in Anbar and once again, the IS group launched more attacks on government-held positions there.

“Nobody is thinking about the people of Anbar,” Ahmad al-Jumaili, a senior tribal leader in Anbar, told NIQASH. “We are just pawns in an international disagreement. Ramadi and Fallujah can’t be liberated without a strong force on the ground and aerial bombardment.”

Shiite Muslim political parties also came around to welcoming the Russian intervention. The US-led coalition has been unable to defeat the IS group, they say. So there is a need for new alliances, as Prime Minister Haider al-Abadi said in a press conference on October 4. However he also said that any Russian moves should be made in cooperation with the US-led coalition.

Most Sunni Muslim Iraqis and their political representatives are opposed to the new alliance. And this is mainly because they despise one of the members in particular: They see Iran as bent on supporting Shiite Muslim militias that target Sunnis simply because of their religious sect. They also dislike Iran for its support of Syrian President, Bashar al-Assad, who, lest everyone forgets, was actually a secular nationalist before he was painted green (the Shiite militia’s colours) and became a pawn in the regional Shiite-Sunni conflict.

For example there are certain tribes in the Anbar province, who have fighting the IS group for months, that have been asking for weapons and help. This includes the al-Bu Nimr, al-Bu Fahd, Risheh, al-Bu Ulwan and al-Bu Thiyab tribes. But they have not received any.

Politically the Sunni Muslim alliance in Iraq’s Parliament issued a statement saying they rejected the Iran, Iraq, Syria, Russia alliance. “It was formed in secret and without consultation with any of Iraq’s different political blocs,” the statement said. “There are forces in this alliance that are hostile to the Sunni provinces, which are suffering under the Islamic State.”

Prime Minister al-Abadi argued against that statement at that same press conference on October 4. “Some people are acting as if [US President Barack] Obama was one of their relatives,” he complained. “I welcome this new alliance in the fight against the Islamic State because we need large alliances.”

On an individual level, many Sunni Iraqis were open about their dislike for the Russian President; they consider him an enemy of Sunnis in the Middle East because of his support for the Syrian leader, who is clearly an ally of Iran.

An Iraqi analyst’s point of view:

The question that an impartial observer in Iraq must ask is this: How effective can this new alliance be against the IS group in Iraq? What can it really achieve?

The first impact of the new alliance is already obvious. At a time when Iraq hardly needs any more problems – the country is already facing serious security, financial and political crises – the alliance has caused further splits between the people of Iraq. It’s a difficult and ongoing process but there have certainly been recent efforts in Iraqi politics to overcome sectarian and ethnic divides – this new alliance pressures those already-existing social and cultural fault lines once again.

One doesn’t even need to read political headlines to understand this. Listening to the conversations in local coffee shops, or a taking a quick look at Iraqis on social media makes this obvious.

In fact, so far it looks like the only winner in this newly defined fight is Syrian President Bashar al-Assad. Despite the Syrian people’s opposition, there is more and more talk of his being part of a negotiated solution to the Syrian civil war.

But away from the intense sectarian and political debates, the real question is whether the Russians could help defeat the IS group in Iraq and whether they can achieve what the US has not been able to, after more than a year of trying.

The answer to that question is: It is unlikely. In the first place the fight against the IS group is about information and intelligence. The organization is based inside Sunni-majority areas, mingling with local residents in Iraq and Syria. It’s members move freely on special roads that connect the two countries through an area that the IS group has renamed the state of Furat – it is so named because they believe they have removed the Iraqi-Syrian border.

In Iraq air attacks by the international alliance depend on information given to military by locals who live among the IS group. The US has a big advantage in this because of relationships it has built with the Sunni community in Iraq over years. This relationship began around 2006 when the US created Sunni Muslim militias known as the Awakening, or Sahwa, forces to fight the IS group’s forerunner, Al Qaeda in Iraq. And there are extended tribal links between the Anbar province and Syria – so the international alliance can also get intelligence about Syria, through Sunni tribes in Iraq.

So considering where the fighting is and where the IS group should be dislodged from – Sunni Muslim-majority areas – the new alliance will have a lot of trouble gathering the right intelligence in Iraq.

“The new alliance is Russia’s attempt to open a front against the US, in response to the Ukrainian crisis,” suggests local political analyst Ahmad al-Alousi. It’s a way of bargaining about the Ukraine conflict, al-Alousi argues, “because Russia knows only too well it doesn’t have the kind of experience that the US does, in ongoing conflicts in this region.”

There are also fears that this could lead to a kind of new “Cold War” in the Middle East, with the battlegrounds Syria, and then possibly Iraq.

“The biggest danger for Iraq is that we become a battleground for the US as it faces off against Russia in the Middle East,” leading Sunni politician, Atheel al-Nujaifi, told NIQASH. “But our country and our society cannot bear any more conflicts like this from the outside.”

At the same time the Iraqi government needs internal consensus, rather than internal wrangling, in order to achieve the kind of balanced and diplomatic approach to both the US and to the Russians and Iranians that is now needed.

As usual, Iraq cannot, and should not, take sides. As one former Baghdad correspondent for the New York Times put it so well, “Iraq may well remain more of a stage than an actor”. And this may be true of this new, problematic alliance too. The way forward for Iraq’s government, and it’s beleaguered though very diplomatic Prime Minister, will not be an easy one. The Iraqi people can only hope a careful path can be found.