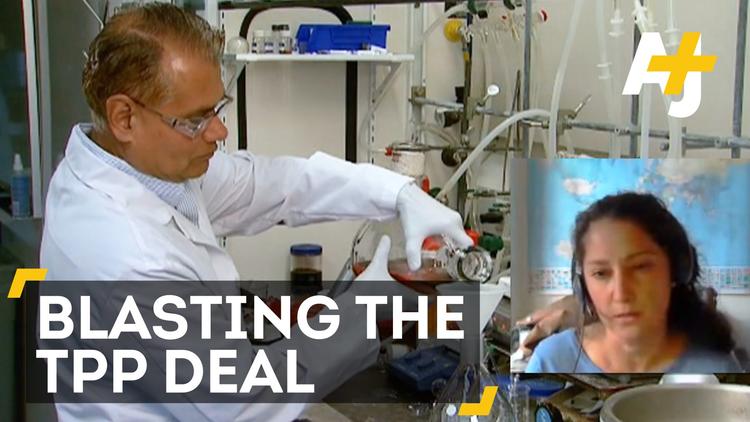 GENEVA (IPS) – The pharmaceutical industry from the US and Europe scored a major victory with the adoption, in 1994, of a binding agreement on intellectual property (Agreement on Trade Related Aspects of Intellectual Property Rights – TRIPS) in the context of the nascent World Trade Organization (WTO).

While some transitional periods were allowed, the TRIPS Agreement did not leave any space for a special and differential treatment based on the countries’ levels of development. In particular, it imposed on all World Trade Organisation members (WTO) the obligation to grant patents in all fields of technology.

Notably, there are major differences in the level of development of these countries (for example, Vietnam’s gross domestic product per capita (GDP) is approximately 43 times less than the US GDP per capita). Despite this, Washington seeks the application of the same standards of protection to all parties in the partnership.

In fact, tariffs are already low among the TPP negotiating countries. There are very little gains to be obtained from the TPP in this regard.

What these agreements tend to be really about are issues such as intellectual property rights. And the most important strategic reason of this initiative for the US is likely to be to counter China’s growing influence in the Asia-Pacific region, and to make the region less hospitable for the Chinese “state capitalism.”

The enhanced protection of pharmaceutical products was a key concern for the US in trade negotiations that led to the adoption of the TRIPS agreement. Despite the significant enhancement of the international standards of intellectual property protection that that agreement entailed, the pharmaceutical industry from the US and the European Union remained unsatisfied. They aimed at even higher standards of protection.

However, it soon became evident that it would not be possible to obtain such higher standards within the relevant multilateral organizations, WTO and World Intellectual Property Organisation (WIPO), where developing countries resisted further increases in intellectual property protections.

In this scenario, developed countries opted to seek the enhanced protection demanded by the pharmaceutical industry and other constituencies through bilateral or plurilateral trade agreements, where the bargaining position of individual countries is weaker and the promises of market access, or other real or expected trade advantages, make agreements of intellectual property more viable.

Thus, while under the TRIPS Agreement patents must last for 20 years from the date of application, the free trade agreements (FTAs) promoted by the US oblige the partner signatory countries to extend the patent term to compensate for “unreasonable” delays beyond a certain period in the procedures for the marketing approval of a medicine as well as in the examination and grant of patent applications.

FTAs also oblige, among other things, to grant patents based on “utility” rather than industrial applicability and, importantly, to secure market exclusivity on the basis of the protection of test data required for the marketing approval of pharmaceuticals, generally for five years from the date of such approval in the country where protection is sought. FTAs also require partners to establish a “linkage” between the marketing approval of medicines and patents, thereby granting pharmaceutical companies with rights that, under some FTAs, are also stronger than those available under the US law.

For instance, a study found that the patent term extension would generate in Colombia an increase in pharmaceutical expenditures of US$ 329 million and a reduction in pharmaceutical consumption of 7 per cent by 2025.

With respect to the potential impact of the TPP, in particular, a study by Australian and US researchers estimated that, in Vietnam, the government would only be able to provide anti-retroviral therapy to 30 per cent of people in living with HIV (down from its current rate of 68 per cent) since the cost per person per year of treatment would increase to US$ 501 under the US proposal from its current level of $127.22.

The negative impact of TRIPS-plus standards on access to medicines has been found even in developed countries that are not net exporters of intellectual property rights, such as in Canada and Australia.

The costs incurred by the smaller partners in FTAs are disproportionately high in relation to the benefits that accrue to pharmaceutical companies.

Carlos Correa, is the special adviser on trade and intellectual property issues of the South Centre.