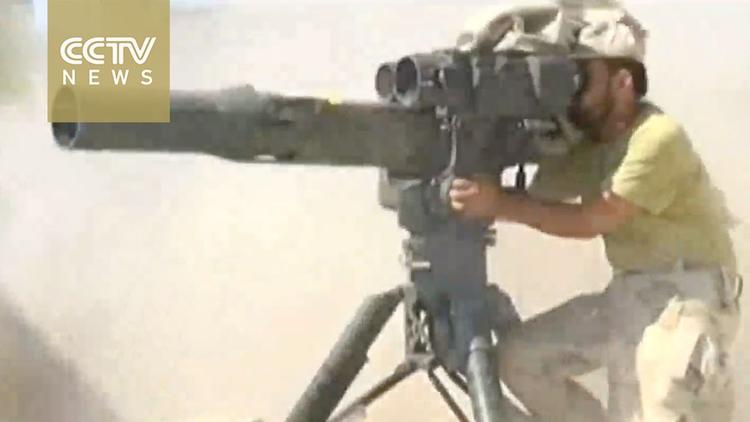 Rough estimates suggest that Moscow has spent at least $87 million for air and cruise-missile strikes in the first two weeks of its bombing campaign in Syria that began September 30.

With that relatively modest investment, the Kremlin has made itself a player that cannot be ignored in the Syrian conflict as it backs ally Syrian President Bashar al-Assad’s bid to remain in power. The strikes also have enabled Syrian government forces to make significant gains against the rebels, with advances reported on October 11 in the northwestern province of Idlib and the neighboring province of Hama.

But perhaps just as importantly, the strikes have enabled Moscow to renew its claim to be a superpower as Russia defies Western sanctions over its intervention in Ukraine, which, along with low oil prices, have crippled its economy.

“These strikes were the final move to claim the status of a great power,” says Igor Sutyagin, senior research fellow for Russian studies at the London-based Royal United Services Institute (RUSI). “Now Russia has finished its replication of all the attributes a great power like the United States has.”

He says the air campaign, and above all its use of cruise missiles, deliberately demonstrated that Moscow can launch strikes remotely on targets of its choice and without risk to its own troops. Russia also showed it is ready to act without waiting for permission from the international community and in the face of Western, Turkish, and Arab criticism of its actions.

Just how much Moscow’s assertive air campaign costs is difficult to calculate with complete accuracy. One reason is that the Russian military is highly secretive about its expenditures.

That figure covers maintenance of a force of 34 airplanes and deploying them on daily bombing runs against targets across the country. It also covers the costs of the some 2,000 specialist Russian troops who make up the expeditionary force and of providing logistics support — including ammunition and fuel — by military transport planes and ships from Russia.

Add to that another $52 million to cover the $2 million apiece cost of the 26 cruise missiles Russian ships in the Caspian fired on October 7, and the total comes to $87 million in 14 days. The amount does not include the cost of the original transport of the planes and troops to Syria.

The analyst call the estimate “conservative,” saying it “might be between $1 million and $4 million more (per day) depending on the actual amount of precision guided munitions which they used.”

Russian officials say the cost of Russia’s Syrian campaign is easily affordable for Moscow, which regards it as a small-scale military operation.

The Russian armed forces conducted around 4,000 military exercises in the first nine months of this year, 500 drills more than in 2014, according to the Defense Ministry. The largest of the drills took place last month in the center of Russia and involved nearly 100,000 troops from every branch of the armed forces, plus troops from other ex-Soviet states. The exercises simulated combat operations that also involved naval ships and up to 170 military aircraft.

The costs of the exercises are kept secret by Russia’s military, as are the costs of intervening in eastern Ukraine. Western officials have accused Moscow of sending troops, armor, and air-defense systems into Ukraine to support separatist rebels against Kyiv.

Sutyagin says that the Defense Ministry’s budget is being spent this year faster than scheduled as a result of its multiple priorities.

“In the first eight months of this year, the military had already spent 82 percent of its budget,” he says. That suggests the military could exceed its budget, forcing the government to dig into national reserves to cover costs at a time when the Russian economy is reeling from low oil prices and Western sanctions.

“The military budget can support this operation so long as it has modest limits,” says Aleksandr Goltz, an independent military expert in Moscow. “We can support one air force regiment on Syrian soil, but not, of course, a large-scale ground operation.”

Russian officials have said they will not send ground troops to Syria and that the air campaign will be of just a few months’ duration.

But if Russia does get dragged deeper into the Syrian conflict, the political benefits Moscow has reaped inexpensively with its first 10 days of air strikes might not appear to be such a bargain.

The Soviet Union was very much a superpower when it sent troops into Afghanistan in 1979 to support a Moscow-tied government there.

However, by 1989, Soviet troops withdrew in defeat after a conflict that cost billions of dollars and helped speed the collapse of the Soviet Union in 1991.