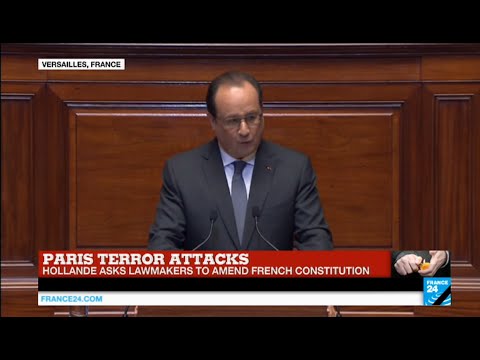 As some European leaders pitch a reactionary response to Friday’s brutal attacks in Paris, human rights and civil liberties groups are warning against the expansion of surveillance and other government powers under the guise of “national security.”

On Monday, French President François Hollande announced that he would propose a bill to extend the country’s state of emergency by three months as the manhunt for suspects spreads across Europe. The bill would also implement changes to the French Constitution that would strip citizenship of convicted terrorists, increase surveillance, and employ “more sophisticated methods” to curb the weapons trade.

Also on Monday, British Prime Minister David Cameron announced that the UK would add 1,900 new security and intelligence staff—and that he would consider speeding up a vote on the controversial Investigatory Powers Bill, introduced to Parliament earlier this year, which would allow unprecedented mass surveillance of internet users.

“I am determined to prioritize the resources we need to combat the terrorist threat,” Cameron said.

In the U.S., meanwhile, CIA director John Brennan warned that the Paris attacks should serve as a “wake-up call” to surveillance opponents and criticized “a number of unauthorized disclosures, and a lot of hand-wringing over the government’s role in the effort to try to uncover these terrorists.”

But as critics pointed out, Friday’s attacks were carried out despite the fact that France passed an expansive surveillance law earlier this year following the January shootings at Charlie Hebdo magazine headquarters and other sites. Further, French police stated over the weekend that at least one suspect in Friday’s attacks had been known to them for some time—yet these safeguards were apparently insufficient in thwarting those plans.

As British human rights lawyer David Allen Green explained on Twitter, “Not a single person calling for more legal powers for security…can explain how those powers would actually prevent atrocities.”

European human rights group Liberty added, “The French authorities are no doubt right to look to the country’s security and there must be unity and cooperation amongst all democratic nations of our shrinking planet. But that unity ultimately comes from shared values and security from the knowledge that whilst closed oppressive societies breed hatred and barbarism, open reflective states built on rights, freedoms and the rule of law ultimately prevail.”

The Investigatory Powers Bill, which has been dubbed a “Snooper’s Charter” by its opposition, would require Internet Service Providers (ISPs) to keep records of every website visited by users for up to a year. It would also explicitly legalize bulk collection of user metadata and remote hacking of computers and cell phones worldwide in cases of threats to “national security.”

Digitalcourage, a German privacy rights organization, criticized the use of tragedies such as Paris to push for surveillance measures. “Already the first voices are raised that are trying to exploit the attacks for their own political agenda,” Digitalcourage said. “Grief and anger are understandable emotions. But they must not be abused.”

Immediate calls for “retention and more monitoring is not only irreverent, it also [puts] us and many others in a difficult position. We find the knee-jerk demands for more control and supervision inappropriate,” the group said.

Open Rights Group, a UK-based civil liberties organization, told Wired on Monday, “Our response to these attacks is utter horror but our actions must be well thought out and considered. The Investigatory Powers Bill is one of the most important Bills that this parliament will pass and it is vital that it is scrutinized and debated properly.”