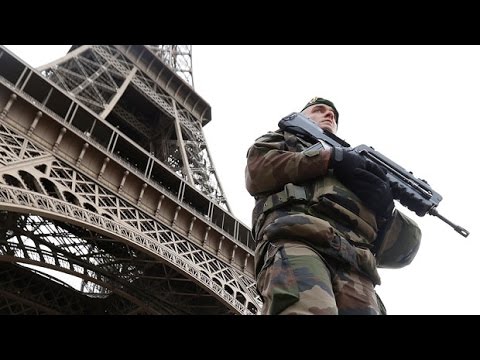 The attacks that took place at a series of venues in Paris on November 13 are already the deadliest on French soil since 1945. At least 127 people have been killed in six different places. Reports say that another 100 are in “absolute” critical condition. Police have reported that eight people believed to have carried out the attacks are also dead – seven by blowing themselves up.

It was not as though France had not prepared itself to face such a tragedy. Anti-terrorist measures have been at their highest level in Paris since January, when two brothers attacked the offices of satirical magazine Charlie Hebdo, killing 12.

This was obvious to any bystander over the past few months. Armed soldiers have become part of the Paris experience. Yet the government’s security plan, the plan vigipirate, was not enough to stop what is so far believed to be the most organised and coordinated attack Islamic State has perpetrated outside its territory. Details are still thin on the ground, but IS has claimed responsibility. President François Hollande has blamed the group and made it clear that he sees this as an act of war.

As scenes that were indeed reminiscent of war spread across the centre of Paris, Hollande declared a state of emergency. He announced a series of radical measures such as re-establishing border controls. Schools and universities have been closed.

Meanwhile, there was the blizzard of unconfirmed information that’s to be expected in such a situation. The climate of fear was reinforced by the 24-hour news media’s tendency to not only relate the facts – as messy and incomplete as they are – but to encourage speculation.

Even as the attacks were still underway, commentators could be heard discussing what could happen next and what type of attacks we could, or indeed should, expect. The sense of panic only intensified with the proliferation of amateur videos on social media.

More than ever, it will be key to take a cautious approach to explain and analyse the events and their ramifications.

Entertaining a climate of fear and paranoia could have serious consequences. Emergency measures are indeed necessary at present, but they must remain emergency measures. If they become permanent, they will send France down a deeply dangerous road.

French politics has become deeply cynical, and the electorate has lost faith in its leaders. Many politicians will attempt to profit from this climate. Nicolas Sarkozy has already called for more drastic measures to be put in place. Some will also promise salvation by closing borders. They will call for a return to a mythical, good old peaceful France, overwriting the country’s history and its constant and violent flux between reaction and revolution.

To prevent such appropriations and long-term consequences, it is crucial not to jump to simplistic conclusions – as happened after 9/11, an event that has already been invoked many times.

This would be playing right into the hands of the terrorists themselves. A war of civilisations is the very fantasy IS and its ilk are trying to construct. They seek to enshrine divisions between an imagined “us” in the West, standing together for a loosely defined version of democracy, and “them”, attempting to appear a united force in an area torn apart by years of war.

Falling for this narrative would offer IS exactly the false image of unity it wants to propagate. It would also be a dangerous simplification of who ‘we’ are – at the expense of anyone who acts or thinks differently.

Accepting such divisions will impact our own community, building walls between all those sharing the same space, be it a city or a country. As was the case in the January attacks, it will be essential not to fall for seemingly reassuring but ultimately self-defeating strategies such as scapegoating.

We can expect many to make despicable connections between terrorists and the various communities in France who have been targeted in recent years by a rise in xenophobia. That logic increasingly has been legitimised by opportunistic politicians, commentators and sections of the media.

Exclusion not the answer

Indeed, in January, many such voices demanded that members of France’s “Muslim community” show their opposition to the attacks. Those calls often came from well-meaning people. But they showed a deeply discriminatory attitude now commonplace in France, where a particular group – one as diverse as any other – was stereotyped and associated with its most extreme members.

We can expect these irrational suspicions to appear again after these attacks. Every move made by Muslims in France, will be scrutinised. Some will also point to refugees – even as many are themselves fleeing IS.

In the coming days, weeks and months, it will be crucial that we avoid lapsing into that fear. If we do, we will only summon more fear and paranoia, incur ever more stringent laws limiting liberties for all, and inflict more pain through discrimination and segregation on those already suffering from exclusion. All these things will in turn provide further recruitment propaganda for extremist groups.

No matter how obvious it seems to many of us, it will be worth repeating that it is not Muslims, immigrants or refugees who are responsible for the attacks, but handfuls of fanatics wanting us to continue down a terrible path of mistrust, exclusion and curtailment of basic freedoms.