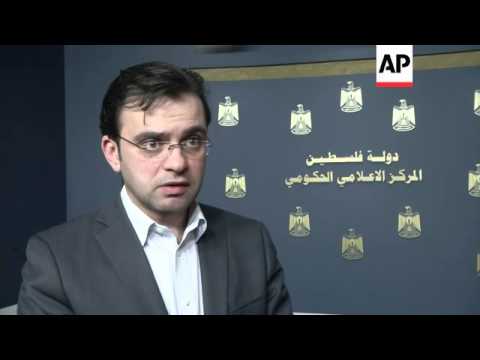 In this policy brief, Al-Shabaka Policy Fellow Nur Arafeh and Policy Advisors Samia al-Botmeh and Leila Farsakh address Israel’s arguments against the European Union’s decision to label settlement products by demonstrating the devastating impact Israel’s settlement enterprise has had on the Palestinian economy, dispossessing Palestinians of their land, water, and other resources and creating mass unemployment.

It has taken years for the EU to develop its position on the labeling of goods produced in the settlements Israel has built in Palestinian and Syrian territory since occupying it in 1967. The European Commission issued a statement in 1998 that Israel was suspected of a breach of the EU-Israel Association Agreement, which was signed in 1995 and came into effect in 2000, and which exempted Israeli goods from customs duties. In 2010, the European Court of Justice confirmed that products originating in the West Bank did not qualify for preferential customs treatment under the EU’s Association Agreement with Israel, and that assertions by Israeli authorities were not binding upon EU customs authorities.

However, it was only in 2015 that the EU took the long overdue step of aligning its actions with its own regulations, partly in response to growing civil society pressure to recognize the illegality of settlements. On September 10, the European Parliament passed a resolution calling for the labeling of goods produced in the Israeli settlements as produced in “Israeli settlements” rather than in “Israel” and ensuring that they would not benefit from preferential trade treatment under the EU-Israel Association Agreement. Two months later, on November 11, the EU issued its long-awaited guidelines regarding labeling, which it described in low-key language as an “Interpretative Notice.” However, settlement products will still be traded with the European Union (EU), leaving it to consumers to make an “informed decision” as to whether to buy these products or not.

Israel claims that the EU move is “discriminatory” and that it is harmful to the Palestinian economy in general and to Palestinian workers in particular. This is clearly an attempt by Israel to divert international attention from the reality of the illegal settlement enterprise, its profoundly negative effects on the Palestinian economy, and the moral and legal obligations of the EU. In fact, Israel’s entire settlement enterprise is illegal under international law, as reaffirmed by the International Court of Justice in its Advisory Opinion on Israel’s Separation Wall in 2004. Israel’s transfer of its population to the occupied territory is a breach of the Hague Regulations of 1907 and the Fourth Geneva Convention of 1949.

The settlements’ economic exploitation of the OPT

This policy brief focuses on the territories Israel occupied in 1967 — the West Bank, including East Jerusalem, the Gaza Strip, and the Golan Heights — and more specifically on the Israeli settlements and outposts that were built in the occupied Palestinian territory (OPT). It does not tackle all of Israel’s violations of international law and of Palestinian rights.

The fact that Israel’s settlement construction has been based on the economic exploitation of the OPT has been widely documented. This has included the confiscation of large swathes of Palestinian land and destruction of Palestinian property to use for construction and agriculture purposes; seizure of water resources to the extent that 599,901 settlers use six times more water than the whole Palestinian population in the West Bank of some 2.86 million; appropriation of touristic and archaeological sites; and exploitation of Palestinian quarries, mines, Dead Sea resources, and other non-renewable natural resources, as will be discussed below.

Settlements have also been supported by an infrastructure of roads, checkpoints, and the Separation Wall, leading to the creation of isolated Bantustans in the West Bank, and to the appropriation of more Palestinian land.

The majority of settlements in the West Bank are built in Area C, which represents 60 percent of the West Bank and which is richly endowed with natural resources. According to a World Bank study, 68 percent of Area C has been reserved for Israeli settlements, while less than 1% has been allowed for Palestinian use.

Within Area C, Israeli settlement exploitation is concentrated in the Jordan Valley and the northern part of the Dead Sea. Israeli settlements control 85.2 percent of these areas, which are the most fertile land in the West Bank. Their abundant water supply and favorable climate provide the best conditions for agriculture. Indeed, they yield 40 percent of date exports from Israel. Meanwhile, Palestinians are prevented from living there, building, or even herding their livestock under the pretext that the land is either “state land,” “a military zone” or a “natural reserve.”

Israel also resorts to other ways to expel Palestinians from their lands, by demolishing houses, prohibiting the building of schools and hospitals, and denying residents access to essential services like electricity, water, and well digging. By contrast, most settlements are designated as “national priority areas,” allowing them to receive financial incentives from the Israeli government in the area of education, health, housing construction, and industrial and agricultural development.

Israeli revenue from the exploitation of Palestinian land and resources in the Jordan Valley and northern Dead Sea is estimated at around 500 million NIS annually (around $130 million). To get a sense of the impact on the Palestinian economy, it is worth noting that the indirect cost of Israel’s restriction on Palestinian access to water in the Jordan Valley — and their inability to cultivate their land as a result — was $663 million, the equivalent of 8.2 percent of Palestinian GDP in 2010.

Meanwhile, Israel continues to build new settlements. Netanyahu claimed during his speech at the US Center for American Progress, in November, that no new settlements have been built in the past 20 years. In fact, 20 Israeli settlements were approved under his rule, three of which were illegal outposts that were then approved by the government.

The most recent manifestation of Israeli settlement policy is the renewed construction of the Separation Wall near Beit Jala in the West Bank, effectively separating the villagers from their privately owned farmland in the Cremisan Valley. The route of this segment of the Wall is designed to allow for the annexation of the settlement of Har Gilo south of Jerusalem, giving it contiguity with the Gilo settlement situated within the boundaries Israel created for the Jerusalem municipality after its occupation began in 1967.

A Palestinian economy stifled by settlements

Israel’s illegal settlement enterprise has clearly had a profoundly negative effect on the Palestinian economy. Israel’s control over water and land has helped to decrease the labor productivity of the agricultural sector and its contribution to GDP: The contribution of agriculture, forestry and fishing declined from 13.3 percent in 1994 to 4.7 percent in 2012, at current prices. The dumping of solid waste and waste water from industrial zones in the settlements into the OPT has further polluted the Palestinian environment, land, and water.

Restricted access to the vast resources of the Dead Sea has prevented Palestinians from establishing cosmetics businesses and other industries, based on the extraction of minerals. A World Bank study estimated that had there not been access restrictions, the production and sales of magnesium, potash, and bromine would have had an annual value added of $918 million to the Palestinian economy, the equivalent of 9 percent GDP in 2011.

Severe constraints on access to mines and quarries in Area C have also hindered Palestinians’ ability to extract gravel and stones. The estimated annual lost gross value added to the Palestinian economy from quarrying and mining is $575 million. In total, it is estimated that restricted access to and production in Area C has cost the Palestinian economy $3.4 billion. As discussed in an earlier Al-Shabaka policy brief, Israel even controls Palestinian access to their own electro-magnetic sphere — a policy to which the settlements contribute — creating losses of between $80 to $100 million annually for Palestinian telecommunication operators.

Furthermore, the absence of contiguity within the West Bank, coupled with other Israeli movement and access restrictions, has fragmented the West Bank economy into smaller disconnected markets. This has increased the time and costs to transport goods from one area in the West Bank to another, and from the West Bank to the rest of the world. As a result, the competitiveness of Palestinian goods in local and export markets has weakened.

Moreover, as the economy in the West Bank has been marred by unpredictability and uncertainty — which is not surprising, given that the area is under military occupation — the cost and risks of doing business have risen. This has worsened the investment climate, constrained economic development, and increased unemployment and poverty. Overall, it is estimated that the direct and indirect cost of the occupation was almost $7 billion in 2010 − almost 85% of the total estimated Palestinian GDP.

The Palestinian economy has thus been suffering from structural and sectoral weaknesses that are primarily due to Israel’s occupation and its settlement enterprise. The settlements’ take-over of land, water, and natural resources and Israel’s restrictive control of movement, access, and other freedoms have debilitated the economy’s productive base, which is no longer able to generate enough employment and investment, and is increasingly dependent on the Israeli economy and foreign aid.

This harsh economic reality is the primary factor driving some Palestinians to work in Israeli settlements — the figure is estimated at just 3.2 percent of the total employed persons from the West Bank in the Third Quarter of 2015. Instead of being self-sufficient owners of means of production Palestinians have been dispossessed of their economic resources and rights by the Israeli military occupation and Israel’s settlements, and have been transformed into cheap labor.

Palestinian workers in the settlements are subject to difficult and sometimes dangerous working conditions, and it is estimated that 93 percent do not have labor unions to represent them. Indeed, they are subject to arbitrary dismissal and withholding of their permits if they demand their rights or try to unionize. A 2011 survey found that the majority of Palestinian workers would leave their jobs in the settlements if they could find an alternative in the Palestinian labor market.

While it is argued that Palestinian workers in settlements receive higher wages than in the Palestinian labor market, it is worth noting that they are paid, on average, less than half the Israeli minimum wage. For example, in Beqa’ot, an Israeli colony in the Jordan Valley, Palestinians are paid 35 percent of the legal minimum wage. Note that the packing houses of Mehadrin, the largest Israeli exporter of fruits and vegetables to the EU, are located in this settlement.

In short, it is effectively Israel’s settler-colonial enterprise that hurts Palestinians, much more than the EU labeling of settlements products. What Palestinians need is not more jobs in settlements or more dependency on the Israeli economy. Rather, what Palestinians need is the dismantling of Israeli settlements, an end to the occupation, and the full realization of their rights under international law. Only then can they truly strengthen the productive base of the Palestinian economy, generate employment opportunities, ensure self-reliance and self-sufficiency, and stop being dependent on foreign aid.

An examination of recent EU moves as well as policy recommendations for the EU to be fully compliant with international and European law were omitted for brevity. The full report can be viewed on Al-Shabaka’s website.