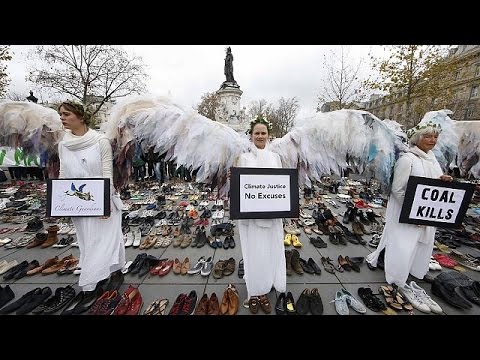 “Dozens of activists at the COP 21 summit in Paris have taken part in the so-called Run for your Life, a relay race from the Arctic across northern Europe to the French capital.

Each person carries a story they’ve shared along the four-thousand kilometre relay.

Euronews spoke to several Pacific Islanders who say they are bearing the brunt of the effects of climate change.

“It’s not just an environmental issue, it’s a human issue, it affects everybody,” explained Milan Loeak from the Pacific . . .”

Climate change and the future of our Pacific neighbours

The vulnerability of Pacific Island countries to climate change has been the subject of significant media coverage, including Kiribati’s recent request that its people be moved to Fiji to avoid rising seas.

However, despite this widespread awareness, until recently there has been limited reliable detailed scientific information available to these countries. A major new report recently released by the Bureau of Meteorology and CSIRO is helping to fill this gap. It provides the most comprehensive scientific analysis to date of climate change in the Pacific region.

How is the Pacific climate changing?

The history of climate change in the Pacific includes a rise in air temperatures that is consistent with the global pattern of warming. All of the island stations analysed exhibit warming trends since 1960, with increases of 0.4˚-1.0˚C. The past decade was the warmest on record.

Sea-surface temperatures over the Pacific also generally increased over this period by a similar amount. This warming of the Pacific Ocean’s surface waters was accompanied by a cooling of equatorial waters 200m below the surface. This distinctive pattern of change – surface warming and sub-surface cooling – is reproduced in climate model simulations of the 20th century that include increased atmospheric greenhouse gases.

Rainfall has shown dramatic variations over the same period – linked to the El Niño-Southern Oscillation and the Interdecadal Pacific Oscillation – but few consistent trends. Sea level rise, of great concern to many of the low lying atolls in the Pacific, has continued across the region. Extreme sea levels are also increasing, primarily as a result of increases in average sea level.

The research also shows potential serious impacts for coral reefs of the region. As carbon dioxide increases in the atmosphere the ocean absorbs some of this carbon dioxide and becomes more acidic. This is a major problem for many Pacific island nations because ocean acidification can obstruct coral growth.

These and other results described in the report indicate that both natural variability and human-forced climate change are needed to account for the changes observed in the Pacific.

What will happen in the future?

Over coming decades the importance of human-forced climate change is projected to increase substantially. By 2090 the warming in the climate models best able to simulate Pacific climate relative to 1990 projected an increase of approximately 1.5 to 2.0˚C for a low business as usual greenhouse gas scenario. Under a high business as usual scenario, it would be approximately 2.5 to 3.0˚C. Possible scenarios with higher concentrations would cause greater warming.

The region can also expect widespread increases in extreme rainfall events, large increases in the incidence of hot days and warm nights, decreases in droughts in most parts of the Pacific and further sea-level rise.

Projected growth in atmospheric carbon dioxide concentrations is expected to cause further ocean acidification throughout the 21st century, reaching critical thresholds for coral reef growth by 2050.

While uncertainties remain for tropical cyclone projections, they are projected to occur less frequently in the Pacific Ocean over the 21st century. Projections also suggest an increase in the proportion of storms in the more intense categories.

With over 100 contributing authors, “Climate Change in the Pacific” is the result of three years of collaboration between Australian scientists and agencies in the Pacific. Volume one of the report presents a regional overview and the second volume comprises individual reports tailored for the 15 participating countries.

This article was prepared by Dr Scott Power on behalf of more than 100 colleagues in the CSIRO, Bureau of Meteorology, 15 national meteorological services, Geoscience Australia, and universities.