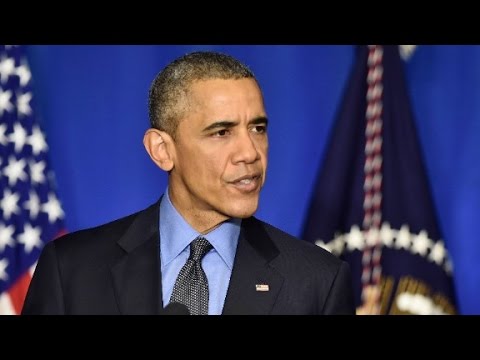 p>Imagine this new TV series coming to HBO in 2016. The planet faces an unprecedented peril. The international community brings together a team of experts, each one with a different specialty: the scientist, the general, the computer geek, the engineer, the spook. It’s their job to avert catastrophe.

In the pilot episode, we see each member of the team prepare for the new assignment. They inform their families that they have to go away for an unspecified period of time. No, they can’t tell anyone about their mission. “Yes, yes, I know that baby Gerald has the flu,” the general tells her husband. “But believe me, this is very important. I wouldn’t ask you to make this sacrifice if it weren’t for a very good reason.”

We watch as the team members travel from all corners of the world to the rendezvous point in an undistinguished office building in a large European city. Security guards find their names on a special list and escort them to the fifth floor. There, they receive their information packets. A distinguished older woman, perhaps played by Helen Mirren, presents the problem. There are mathematical formulae on the whiteboard. There are photographs of impending doom: millions dead, cities destroyed, small countries wiped off the map. After a few suitable close-ups of very concerned faces, the crack team gets down to business.

They hold a meeting.

In the second episode, the meeting continues. It carries over to the third episode. And the fourth episode. In fact, the crack team meets for the entire first season. They take a break. And they start up again in the second season by meeting…in a different country! In the third season, a sensible, moderately attractive environmentalist joins the team. And the meeting goes on. In the fourth season…

You’re right. No one in the TV industry would ever greenlight such a series. Hours and hours of meetings? TV is supposed to be escapism, and if there’s one thing that everyone in the world wants to escape from, it’s a meeting.

This is nothing new. The entertainment industry, going all the way back to Homer, has emphasized “fast and furious” answers to difficult problems. Did the Greeks engage the Trojans in months and months of patient negotiations to get back the beautiful Helen? No, they made a cursory attempt at diplomacy in The Iliad before beginning the war that ultimately destroys Troy. Can you think of any staff meetings in Shakespeare? Dante?

To take a more recent example, Tom Cruise and his colleagues at the Impossible Missions Force (IMF) don’t spend a lot of time drawing up agendas and crafting talking points. Instead, they defeat rogue spies in the fifth installment of Mission Impossible by using cool weapons, engaging in incredible chases, and performing superhuman feats of derring-do. Congressional hearings, established standards and practices, even the laws of nature are but ill fitting restraints to be shrugged off.

Donald Trump — and, truly, the Donald belongs more to the world of entertainment than the world of politics — rarely talks about meetings, despite his obvious penchant for making deals. Rather, he emphasizes the dramatic act: build a huge wall on the border with Mexico, resume waterboarding of terrorism suspects, bomb “the shit” out of the Islamic State.

Indeed, it would be hard to find any of the Republican candidates proposing patient solutions to challenging problems. Instead, there’s Marco Rubio’s Cold War reset with Russia, Ted Cruz’s enthusiastic embrace of everything that Israel does, and the competition among the Republican aspirants to be the one who rips up the nuclear deal with Iran the soonest on taking office.

Just as no one is going to watch a TV show about an endless meeting, few people are going to vote for a presidential candidate who doesn’t sound decisive and action-oriented. And yet, most of the world’s problems do not lend themselves to dramatic, game-changing solutions. Ending wars, addressing poverty, reining in the arms trade: These challenges require lots of meetings, endless squabbles over the meaning of terms, and frustrating setbacks because of miscommunication. I doubt very much if anyone is planning a Netflix mini-series about the negotiations to freeze Iran’s nuclear program. I haven’t come across a graphic novel about the Dayton Accords that ended the war in Bosnia. And journalists are scrambling this week to figure out ways of making the actual discussions in Paris about climate change interesting to their readers.

It’s no secret really. The world of wonks is boring. But if we’re ever going to pull ourselves out of our current predicament of spreading conflict, rising temperatures, and economic crisis, we’ll need a lot less bravado and a lot more of what the Germans call sitzfleisch — the ability to sit and sit and sit some more until the job gets done.

Nowhere is that capacity for patient negotiations more needed at the moment than with the Syria crisis.

In my last World Beat column, I compared the situation in and around Syria to a riot in progress. Instead of trying to bomb the riot out of existence or selectively take out the suspected perpetrators, I suggested that it would be better to figure out how to quiet the riot and address the issues that gave rise to the disorder in the first place. Several readers quite sensibly asked for a bit more detail about my sketchy proposal.

To begin with, the negotiators who have held two meetings so far in Vienna to address the Syria crisis must push hard to implement their timeline for a political solution. By January 1, the Syrian government and the opposition are supposed to meet to convene for formal negotiations. A ceasefire should be in place by mid-May. Free elections under a new constitution are then to be held by May 2017.

For this to happen, the United States and its allies have to be flexible about the role of Syrian President Bashar al-Assad (what I’ve called the “Schrodinger solution”). To bring in as many Syrian actors as possible among those willing to craft a political solution, negotiations should favor a big-tent approach to stabilize the country and assemble a coalition against the Islamic State.

All of this will require an endless series of meetings, many of which will be boring and not in the least bit newsworthy. In fact, the less news generated by such meetings the better. Journalists thrive on conflict, and these meetings will require an enormous number of mind-numbing stutter steps toward consensus. The country that stays out of the headlines is a happy country. The same can be said about diplomatic negotiations (until, of course, they produce an agreement).

Meanwhile, U.S. policymakers should take a hard look at the conditions that have generated both civil unrest in Syria and the rise of the Islamic State. Here, too, there are no easy fixes. The United States continues to side with a variety of actors in the region that perpetuate injustice. Indeed, the list of U.S. allies is so varied that Washington manages to offend just about everyone.

The United States supports Sunni extremists (Saudi Arabia), a corrupt Shi’ite leader (Iraq), a “moderate” militarist in Egypt, a wide range of paramilitaries (Syria), a right-wing lunatic (Israel), and a motley crew of malefactors big and small. In some places, Washington supported pro-democracy demonstrators (Tunisia) and in other places effectively supported their suppression (Bahrain). Washington is officially supporting economic development in the region at the same time that it’s sending billions of dollars of armaments to a variety of human-rights-abusing governments and supporting the kind of petropolitics that inevitably produces economic polarization.

Does Washington contradict itself? Well, U.S. policy toward the Middle East is large. It contains multitudes. It’s not surprising, then, that many people in Iraq, for example, believe that the United States is supporting the Islamic State rather than trying to annihilate it.

Given this compromised relationship with the Middle East, some commentators have recommended that the United States just sever all ties — pull out all troops, stop all arms sales, and hang our putative friends in Tel Aviv and Riyadh out to dry. However attractive such an option might be, it’s not exactly on the agenda of any major political force in the United States.

But perhaps, even as it remains engaged in the Middle East, the United States could alter its relationship so as to benefit the many rather than the few. It could begin by withholding all military and economic assistance to its allies — Israel, Saudi Arabia, Egypt — until they show signs of compromise toward their internal “enemies” (respectively: Palestinians, Shiites and human rights protestors, and the Muslim Brotherhood). For too long, the United States has sided with the powerful and not the powerless in the Middle East. The roots of conflict in the region are injustice, and the United States has so often been part of the problem, not the solution.

Of course, this would have been a grand policy before September 11. It would have been a fitting approach before the invasion of Iraq. Now the world must deal with the disintegration of Syria, the outpouring of refugees, and the rise of the nefarious Islamic State. Still, it may not be too late to adopt a justice approach to the Middle East.

Stabilizing Syria is only one part of the solution. Dealing with the Islamic State is the other.

I don’t personally believe that the Islamic State is interested in diplomatic negotiations, political solutions, or engagement of any kind with those it considers heretics (which includes a whole lot of Muslims as well). But I also don’t think that the United States (or Russia for that matter) should be leading the military effort against the Islamic State. The Islamic State wants a crusade. We must not play their game.

What Washington can do, however, is ensure that the Islamic State ceases to be a useful stalking horse for states in the region that want to give Iran a black eye by toppling its ally in Damascus. That means, primarily, getting Saudi Arabia and Iran to recognize the threat the Islamic State poses — not so much to Europe or the United States, but to the Muslim world. It must also use the Vienna talks to ensure that no one — not Turkish middlemen, not the Assad regime — keeps the Islamic State in business by buying its oil.

Instead of continually interceding in the war taking place within Islam — inconsistently, incoherently — the United States has to step back and help build a new Muslim consensus against the Islamic State and extremism more generally.

The challenge facing climate negotiators in Paris this week is so large — and so bleak — that many observers have embraced the equivalent of the Hail Mary pass. They are hoping that some new technological innovation will come along to provide enormous amounts of carbon-free energy or absorb all the greenhouse gasses in the atmosphere. Otherwise, it just doesn’t seem likely that humanity will get its collective act together to prevent global temperatures from exceeding that infamous two degrees centigrade rise.

There are similar hopes for quick fixes to the Syrian crisis. Some analysts believe in the magic of aerial bombardment (even though bombs have never really eliminated determined foes in the past like the Vietcong). Others believe that Assad will have a sudden change of mind and take an indefinite holiday with his family in Crimea (even though he has shown a grim determination to remain besieged in Damascus). Or perhaps the Islamic State will collapse under the pressure of its own extremism (even though extremism has its own peculiar stability).