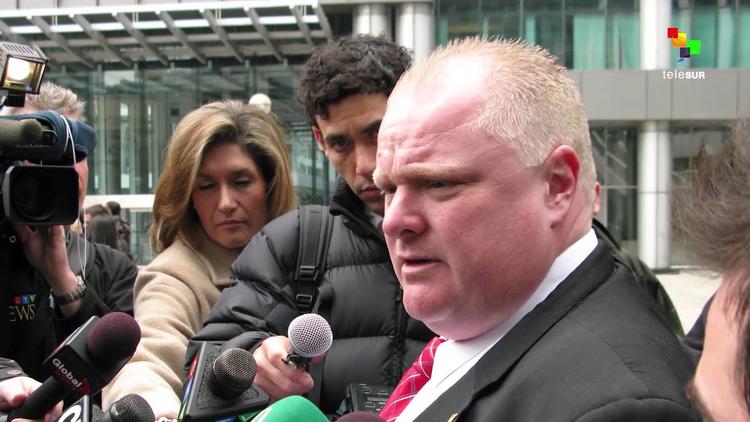 Backwards looking politics is a malaise affecting both the west and east. It breeds violence as global elites clamber to maintain their grip on power.

Flickr/Darron Birgenheier. Some rights reserved.Comments by leading republican presidential candidate, Donald Trump, on banning Muslims from entering the United States garnered international condemnation. Some, including the democratic candidate Martin O’Malley, have argued that Trump is simply a fascist demagogue.

On the other hand, the so-called Islamic State has shifted towards targeting Europe, and lone wolf attacks by radicalised individuals seem to be on the rise, even if they are not directed by IS or other international terror groups. The mass shooting in California is the latest example.

This has once again placed Muslims as well as Arabs in the spotlight, as many people in the west do not make the distinction between Arabs and Muslims. My life, as an Arab living in the post-modern epoch, has become increasingly dominated by men and women like Trump, Baghdadi, Bin Laden and Marine Le Pen. The question is, why?

There are some obvious answers to this question, which I believe offer only a partial explanation to the increased levels of polarisation, not only in the Arab world, but also in the west.

In the Arab world, the rise of IS has been attributed to the American invasion of Iraq in 2003; the increased level of sectarianism; autocracy; and the rise of political Islam to replace the old secular ideologies of Arab nationalism.

In the west, the rise of the far right has been attributed to increased levels of immigration; the economic crisis; and the failure of the establishment to meet these crises in a satisfactory manner. This led the way for the rise of smaller, anti-establishment political parties on both the left and the right, which hold extreme views, allowing men like Trump to move to the centre stage.

The pursuit of profit as a natural means of existence triumphed and extended into the political realm.

All of these reasons are valid and provide good explanation for the increased levels of polarisation, xenophobia, and the demonisation of the “other” across the west and the Arab world. However, they miss a rather important point, namely the de-politicisation and the commodification of politics.

David Harvey in his sweeping social study of post-modernity, argues that after World War II, belief in the enlightenment period collapsed. The belief in the meta-visions and ideologies that offered progress and emancipation for mankind fell apart. They were replaced with a focus on the current and the now, leading to a de-politicisation of the citizenry and a focus on narrow apolitical issues.

This trend has accelerated since the 1970s with the collapse of the Keynesian model, which offered full employment and social benefits to a large number of citizens, and the advent of neoliberalism heralded by the election of Ronald Reagan and Margaret Thatcher.

As a result, market ideology and the pursuit of profit as a natural means of existence triumphed and extended into the political realm, increasingly narrowing its spectrum and shifting the debate to the right. This in turn led to a diminishing role of ideologies in politics; a trend that led to the rise of identity politics, xenophobia, and the demonisation of others. As such, backward-looking conservative groups proliferated across the west and Arab world.

In the Arab world this was exemplified by the collapse of Arab nationalism and socialism, due to their supposed anti-imperialist nature. Even though they were deeply illiberal and undemocratic, they shared the tenets of progress with other enlightenment projects and provided the masses with a forward-looking ideological vision that suppressed older identities of being Sunni, Shi’a, Yazidi, etc.

When Arab nationalism collapsed, it was replaced with backward looking sectarian ideologies that gained momentum in a time of turbulence. Thus, we see the rise of political Islam with its most radical variants, which culminated with the rise of IS.

Examples of this trend are abound and stretch back to the early 1970s. In Egypt, after the collapse of Nasserism, Sadat started to promote Islamism as an ideological alternative to Nasserism and Arab socialism. This involved an alliance with the Muslim Brotherhood and other Islamist groups and the promotion of identity politics. The image of the “pious” president was born. This was coupled with a liberalising trend, where the pursuit of profit as an end in itself became accepted as the norm; and the pursuit of general emancipation was discarded as utopian and naïve.

This trend continues in Egypt to this day, and is now coupled with increased persecution of minorities and the “other”. For example, there is strong resentment against the Shi’a in Egypt, even though the number of Shi’a Egyptians does not exceed a few thousand. This obsession is so intense that in June 2013 an angry mob killed four men under the suspicion that they were Shi’a. Consequently, the collapse of the enlightenment project opened up the way for the rise of identity politics, sectarianism, and a rejection of the basic tenets of enlightenment.

The focus has shifted away from issues that affect the existing power structure towards narrow apolitical issues.

Another vivid example is Saddam Hussein’s staunchly secular Baathist regime in Iraq. In the last decade of his rule, this secular Arab nationalist regime started to revert to Islamism and identity politics – as its ideological base – as a means to prop up an ailing regime, and Arab nationalism totally collapsed.

This involved the introduction of parts of Shari’a law; the addition of the words such as “Allahu akbar” (God is great) to the Iraqi flag, and the infamous Blood Qur’an – a Qur’an written using 27 liters of Saddam Hussein’s blood. The elites reverted to the use of sectarian identities in order to maintain their grip on power; following the logic of reducing the role of ideologies, which had played a significant role in their rise to power.

The elites of the Arab world reverted to a form of politics that is backwards looking, based on narrow identity politics and most importantly geared towards profit seeking and capital accumulation. The idea of progress and development was abandoned in favour of a narrow conception of politics.

However, this process is not unique to the Arab world, it originated in the west before it made an appearance in the Middle East. As highlighted by David Harvey, the collapse of the belief in the enlightenment project led to the proliferation of conservative backward looking movements in both Europe and the United States.

This trend is not confined to the fringes; it has also affected established parties. It has been reflected in the narrowing of the political spectrum and the drift of established mainstream left parties to the right. The role of the free market, the importance of profit and capital accumulation have superceded all other issues. The focus has shifted away from issues that affect the existing power structure towards issues like immigration, birth control, and the ‘Muslim threat’.

Thus, as an Arab it seems that my fellow Arabs and I are stuck between men like Baghdadi and Trump. Both are products of the de-politicisation of the political process that has been taking place for decades.

The rise of backwards looking politics based on identity and sect is a malaise affecting both the west and east. It does not only act as protection for the existing power structure, but also breeds violence as entire communities are demonised, and global elites clamber to maintain their grip on power.

The struggle is not simply against the current power structure, it should be towards a change in the nature of the political process, a widening of the boundaries of political discourse challenging the primacy of profit and the commodification of politics.

TeleSur: “Days of Revolt with Chris Hedges – Neoliberalism as Utopianism ”