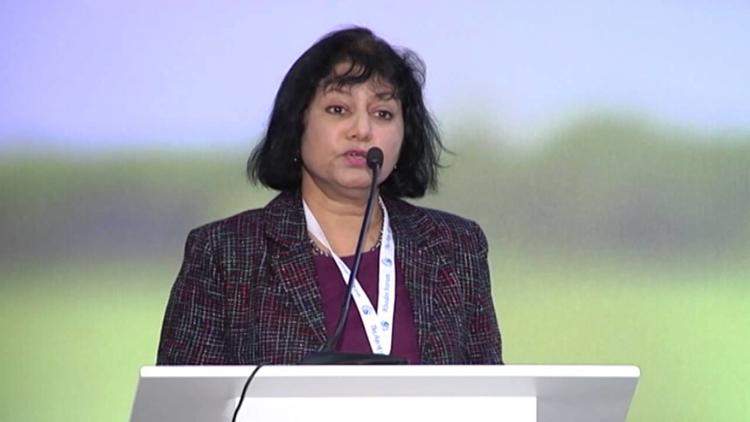 On Sept. 29, 2015, President Obama addressed the United Nations summit on violent extremism. He stated that part of the international effort to stamp out terrorism “must be a continued rejection by Muslims of those who distort Islam to preach intolerance and promote violence, and it must also be a rejection by non-Muslims of the ignorance that equates Islam with terror.” The president expressed similar sentiments in a televised speech immediately after the tragic killings in San Bernardino, California on Dec. 2, 2015.

The president was right on the mark. Despite the fact that “Islam” and “Muslims” often make the headlines in our major media outlets, there is still considerable ignorance about both. “Islam” is often presented in Western sources as a frozen, monolithic tradition that incites violence and that remains hopelessly at odds with modernity.

There are also a number of Muslims today of a particular stripe — often termed “jihadist Salafist” — who similarly emphasize an unchanging essence within the Islamic tradition; more dangerously, they understand Islamic doctrine to require Muslims to resort to unending violence against non-Muslims. As a professor of Islamic studies, I very rarely come up against this latter mindset personally; the deleterious effect of such a worldview, particularly on vulnerable Muslim youth, was however brought home to me in a forceful way recently.

A couple of years ago, I had an undergraduate student in my class “War and Peace in the Islamic Tradition” who stood out in a couple of respects. He was an American-born young man who had converted to Islam and had then proceeded to acquire an Islamic education in Saudi Arabia, where he was exposed to Wahhabi ideology. For most of the semester, this young man — whom I will call Fulan — became my sparring partner on most of the issues we discussed in class, especially concerning the meanings of jihad in different historical contexts.

“Jihad in its basic meaning signifies ‘struggle’ or ‘striving,’ which can be carried out in different ways.”

Unusually for an undergraduate, his acquired Arabic was very good, and he had used that linguistic training to study medieval Arabic texts in Saudi Arabia. Fulan’s favorite authority was a well-known Muslim scholar by the name of Ibn Kathir, who lived in the 14th century during a tumultuous period. Ibn Kathir wrote fiery tracts on the military jihad, which he urged the population in Syria to undertake against the Crusaders who were ravaging the Lebanese coast at the time.

It was during this period that Ibn Kathir highlighted a verse from the Quran (9:5), which states, “When the sacred months have passed, then slay the polytheists wherever you may encounter them.” The verse was directed specifically at the Meccan polytheists who had attacked the Prophet Muhammad and his small community of Muslims in the seventh century. Seven centuries later, Ibn Kathir dubbed it the “sword verse” so as to create a general religious mandate to fight the new invaders of his time.

Ibn Kathir had studied with a famous theologian, Ibn Taymiyyah, who belonged to the Hanbali school of law from which Wahhabism emerged in the Arabian peninsula in the 18th century. Ibn Taymiyyah had been traumatized in his youth by the attack of the Mongols on his native city of Harran in the 13th century, causing his family to flee from there and settle in Damascus. In some of his legal opinions, Ibn Taymiyyah forcefully called upon his fellow Muslims to fight the Mongols and rout them from Islamic lands as a religious obligation.

Not surprisingly, Ibn Kathir and Ibn Taymiyyah are quite popular with ultraconservative revivalist Muslim groups today, and their writings exhorting Muslims to carry out military jihad, stripped from their historical context, are often cited by militant ideologues. Fulan was very enamored of these two theologians. He was convinced that other scholars who held diametrically opposed views on jihad were clearly wrong. Fulan would sometimes vociferously complain that I did not accord Ibn Kathir the prominence he deserved in my class.

“Other scholars emphasize spiritual and intellectual striving as important components of jihad.”

Instead, we read translated excerpts from the writings of many different scholars, some much earlier than Ibn Taymiyyah and Ibn Kathir, living in very different times. Many of these earlier scholars paid scant attention to Quran 9:5 and did not refer to it as the “sword verse.” In fact, a number of them had maintained that the verse only applied to the Meccan Arabs in the seventh century who had attacked Muhammad and his followers. The verse therefore allowed defensive fighting specifically for the first generation of Muslims against their hostile enemies who had persecuted them for their faith. Since it was their violent persecution that was the reason for going to war, the verse did not apply in a general way to non-Muslims who were peaceful.

We also read texts by other scholars who emphasized spiritual and intellectual striving as important components of jihad. After all, jihad in its basic meaning signifies “struggle” or “striving,” which can be carried out in different ways. Unlike contemporary militants who sneer at the concept of spiritual jihad as an undesirable innovation not supported by early texts, scholars throughout Islamic history in fact have stressed the importance of “the struggle of the soul” (in Arabic: jihad al-nafs). This internal, spiritual struggle is the further development of the Quranic concept of patient forbearance, which manifests itself in non-violent resistance to wrongdoing and in the constant struggle to do good.

Ibn Qayyim al-Jawziyya, a Hanbali jurist from the 14th century, whose name is often invoked by Wahhabi scholars, wrote a beautiful moving treatise describing the inner spiritual struggle as a continuous feature of jihad. Needless to say, this particular work is ignored by militants and apparently was not part of the texts that my student had been exposed to in Saudi Arabia.

Fulan was very perturbed by these “alternate” views. How could other good Muslims not have the same views as Ibn Kathir and Ibn Taymiyyah? Wasn’t there but one true “orthodox” conceptualization of jihad because there could be only one true interpretation of the Quran? For the last half of the semester, Fulan quietly mulled over the texts that challenged his deeply held convictions. Faced with the textual evidence, he could start to entertain the possibility that there were other views worthy of consideration. Perhaps the contexts for some of these varied interpretations were important after all.

“Interpretations of law, whether religious or secular, are always influenced by specific historical and cultural contexts.”

One could conclude that Ibn Kathir and Ibn Taymiyyah’s views were as strident as they were because of the dangerous times they lived in. The Islamic world was under siege during their period by foreign aggressors who could only be effectively repelled by a military counterattack. These two scholars were not speaking for all Muslims everywhere for all time.

Interpretations of law, whether religious or secular, are always influenced by specific historical and cultural contexts. To drive this point home, I asked my students to reflect on the mindset that has developed in America after Sept. 11, which is comparable to the one during the Mamluk period. In such crisis-ridden circumstances, ordinarily peace-loving people will clamor for military retaliation against a ruthless violent enemy that threatens to annihilate them.

Towards the end of the semester, I held a debate in the class between two opposite camps — one that espoused mainstream views of jihad as a principled response to prior aggression and the other that championed the scorched-earth version of never-ending militancy. Fulan was placed in the camp of mainstream scholars — to my surprise, he entered his role with great enthusiasm, advocating forcefully for his side. The transformation in him was quite dramatic but perhaps not unpredictable. This young impressionable student had been exposed to an array of credible, reasoned views on a very fraught topic and developed an appreciation for the diversity of perspectives within the Islamic tradition. He had discovered — to his chagrin — that there was no monolithic Islam.

I like to think that the next time Fulan is fed a line by militants about how jihad means violence directed against non-Muslims en masse or against Muslims who reject their views, he will stand up to them and challenge their dangerous fanaticism on good scholarly and moral grounds. To a considerable extent, the war with the so-called Islamic State and other terror groups today is one of ideas, especially when it comes to the recruitment of gullible youth into their ranks. The American classroom that fosters candid and dispassionate exchange of diverse perspectives on the thorniest of issues today can be a valuable ally in this battle of ideas.

This was published in partnership with the Berggruen Philosophy and Culture Center.